Screen shots of Randy's close are below.


BZ has a request:   "Randy asked that his closing statement be republished with the post where I release the transcripts of the alleged trial. Randy hopes you will read his words again, or perhaps for the first time… before you look at the transcripts. I hope you will honor his request. ~ BZ"

I suggest that you read the transcripts first.....  or at least what the prosecution presented.  There are witnesses that explain what happened and if anyone can't understand, then they are just plain stupid.  There's no other way to put it.


Basically a loophole was exploited.  USAA's customers primarily do business online.  Being that their customers are military, they place a great deal of trust in them and fund their accounts before things actually clear.  It's known immediately if the routing number is real, but there is a period of time before money is actually taken from the bank and that's when it's found out that the account doesn't actually exist.  (Remember last July at the height of the TDA nonsense, payments looked like they went through, only to be "reversed" a couple of days later?  That's why.)


Items are batched daily at 8 pm.  Randy made transactions after 8 pm on Friday and had all day Monday (until his Friday night transactions were batched at 8 pm) to liquidate those CDs and start spending money before any red flags went up.


For him to say that this case proves beyond a shadow of a doubt that these accounts exist is delusional.  Either that man is mentally ill or has the IQ of an ant (or less).   Randy is also a dinarian who was an avid reader of IDC and would share posts from Bluwolf, Swervy McGee and other gurus on his Facebook page.   https://www.facebook.com/randall.beane  Go figure.... 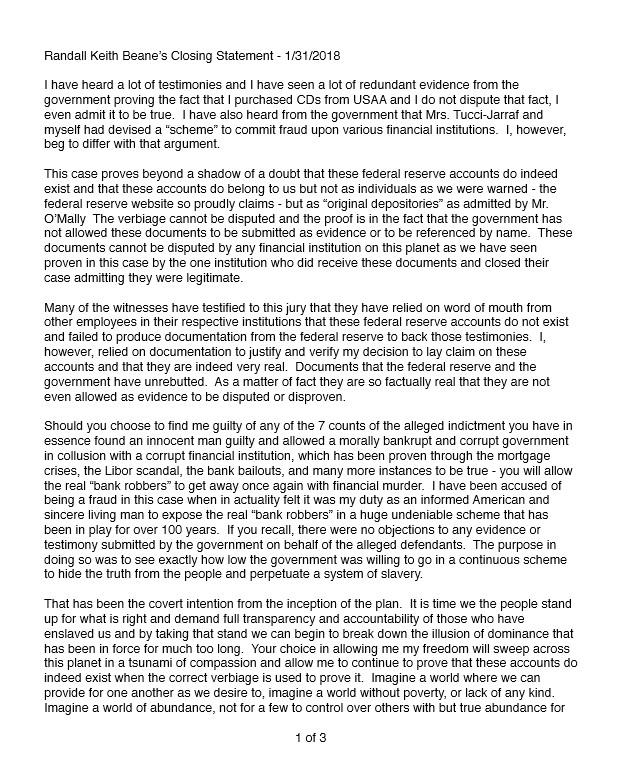 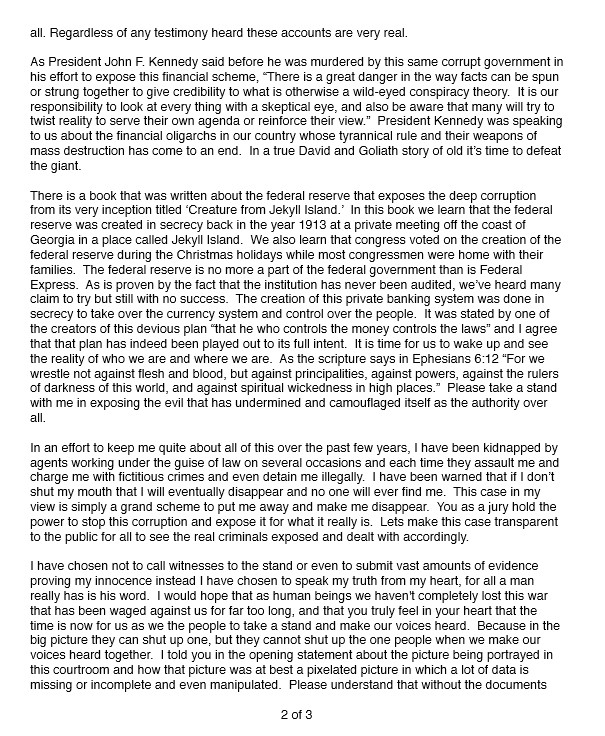 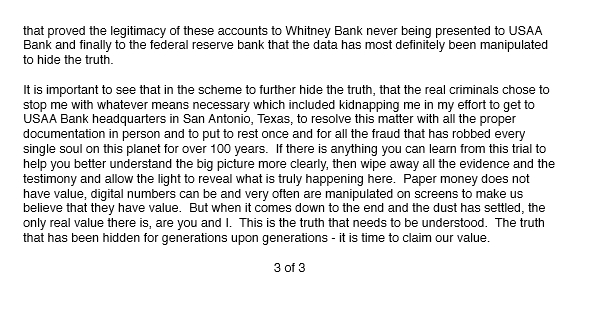