Restored Republic via a GCR Update as of May 3 2018

Restored Republic via a GCR Update as of May 3 2018

1. Peace was being achieved on the Korean peninsula. Both Korea's have agreed to Alliance terms. The Alliance was now focusing peace efforts in Syria between Iran, Israel, and Saudi Arabia.Expect mainstream media outlets to switch focus to the Middle East.

2. Syria was the last geopolitical issue to resolve prior to enacting GESARA.

3. According to leaks, there was a high chance of the RV occurring today May 2.

1. On Mon. evening April 30 Iraqi PM Abadi was on TV stating that Article 140 of the Constitution must be implemented immediately.

2. On Mon. evening April 30 unprecedented changes were being made in the global banking system where all of the banks connected together.

3. These changes where each bank could see another bank’s screen could only be seen at certain locations.

4. These changes connected every bank with the CBI within and outside of Iraq so that when the CBI flipped the switch, it would be a go globally. When the new rates appeared on the Forex they could be seen by everybody worldwide.

5. The changes should be completed today May 2, or tomorrow May 3.

6. The RV has been re-scheduled to go sometime between now and Sunday May 6.

7. Everyone would go at once. The same day, or the day after the new rates hit the Forex, we would be at the bank for our exchanges.

8. Tony advised that you should be prepared to go at any time.

9. The System was live and ready to go. It would not happen today, but it could happen Thursday or Friday. The plan was for the new rates to come up on the FOREX one night and be at the banks the next day. Tony thought it would happen after the markets closed and the next morning, everyone would have a fair shot at it.

10. The committee giving Ray and Tony information said that none of the currencies would be taxed.

11. NDA: Tony received a copy of a 2 page NDA that someone who exchanged signed. He does not believe it was the one we would sign. Someone was paid here in the US, all three currencies. We don’t know the rate. They were not supposed to be talking, but they actually got paid.

13. There was an agreement put in place years ago through Tony that everyone would have access to the contract rate. Now they told Tony just a month ago, that they would do it a different way, but everything was still in place. Your portion was still there. Who received the contract rate would be based on how much you had. Those with the least amount would be given the opportunity to get the contract rate. They know we were monitoring them. We lived up to our end of the bargain and we hoped they were (living up to) theirs.

14. Ray has list of banks that would be available once this happened that we could select from. He suggested shopping around and make appointments with several banks. Example: Dinar comes out at $3.00. Bank would have a buy and sell rate. Sell rate was what the bank would see it to you at. Buy rate was what you received if they bought it from you. One bank may have a $2.75 buy rate; another $2.76 and a third $2.74. One penny times a million . . .to 100 trillion . . . a penny could make a big difference. Here’s where negotiating comes in.

15. We got all this information from all the different sources and this was as close as we’ve come to what was supposed to happen in Dec. We got that tweet that we were on the way and yet it didn’t go. Maybe this was even closer than it was then. Everything was now in position. The word was that these are “hard targets” and everybody wanted this to be the one that worked. That’s exactly how it came to us. We’ve been holding this since Monday basically trying to make sure and get verification. Different sources and locations kept verifying what we were hearing.

1. A new financial system was ready to be announced, setting aside the old globalist agenda as it introduced a new multilateral alliance and a new range of sources - small banks being geared toward serving people who were some of the poor. All currency would be guaranteed by assets. Prepare for the introduction of new economic and political alliances - alliances once considered impossible.

2. The Alliance was focusing on Syria's peace efforts between Iran, Israel and Saudi Arabia. It was the last geopolitical issue to be resolved before announcement of the GESARA Law.

3. The Alliance also awaited a possible US-imposed interest rate swap to start trading in Europe - purported to date May 7.

4. The Federal Reserve was already validating the accounts and issuing the declaration for authorization to carry out the moves to the levels already paid.

5. There was a great chance of the RV (Redemption) releasing today May 2 at 12:01 am EST - which would be the ideal release time for the 800 numbers.

1. Authorities disseminating information were not finished with documentation for Zap’s funds.They have told Zap it would be at least three more days (this weekend) until they had the final legal work done before it can be released.

2. With Zap’s release there has been a delay in the funding releases, as the main funds were required to do one more compliance

3. Now there would be a scattering of such funds here and there around the world to different organizations.

4. The Elders were ready and as soon as Grandfather gave the word, it would start.

1. The modernizing and reforming of the Iraqi banking system was a requirement of the IMF.

2. Iraqi citizens finished a financial education week on Mon. May 1.

3. Everything that needed to be done for the RI (reinstatement of the Dinar as Iraq’s main currency over the US dollar) was done in the 1st quarter of 2018.

4. Contracts would now be done only in the local (Iraqi Dinar) currency.

5. The CBI announced that now Iraq had control of their exchange rate. 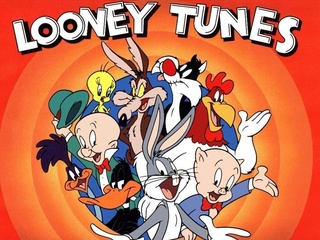 Today at 6:51 pm by Purpleskyz