...I base my news about the FLOAT not on my opinion but on research and articles.


So if you study the entire process of deleting the zeros and then eventually reinstating the dinar you can see that they are going to take the dinar off the de facto peg to the US dollar go instead re-peg it to an SDR basket of 5 currencies.


How in hell are they going to do this if they leave the dinar as it is and wait for the currency on the de facto peg rate of 1184 to just float higher on it own?   Has it floated higher on it own? Why is it staying at 1184?


It stays at this rate because it is artificially being suppressed...The 1184 rate is solely based on the US dollar peg. It is an temporary /unnormalized peg.

Besides the CBI and IMF came out many times and already told us they fully intend to FLOAT the dinar and peg it to the SDR basket.


There were lots of recent arguments in articles about putting the dinar on a float but they were talking about leaving it on the de facto peg and then floating it. If you read the articles carefully you can clearly see they decided against this action due to the wide amount of corruption in the currency auctions.

Iraq has been adjusting all along, but nobody wants to talk about that. 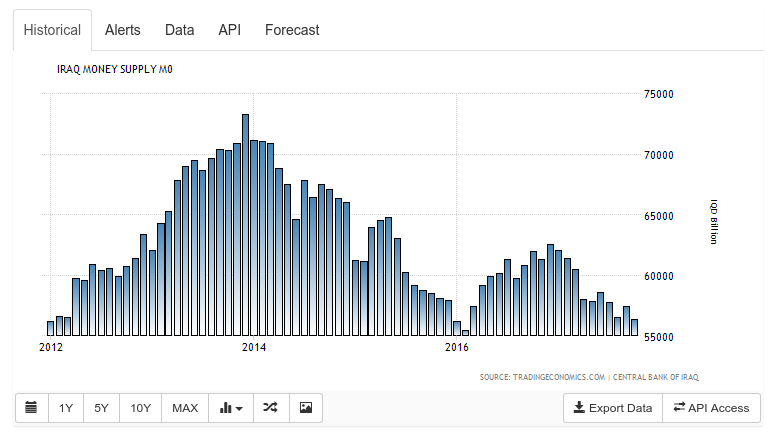 
With 48 billion, currently in their reserves, that puts the rate at around 1,174