THE INFO FROM THE CBI AND ALAK IS MASSIVE.

There were so many encouraging articles last evening, and I'm thinking that more good news is on the way. Just need to allow things play out for a while and see how it unfolds. We do know one thing, the end result. How and when we get there is just part of the process.

i am wondering if the 2nd article will come out with these others,,with abadi embracing the reconstruction projects we can’t be far off,,,imo

Under the patronage of the Prime Minister Dr. Haidar al-Abadi Baghdad embraces the forum of investment opportunities and reconstruction in Iraq

Under the patronage of Prime Minister Dr. Haider Al-Abbadi and organized by the General Secretariat of the Council of Ministers and the National Investment Authority and in cooperation with the Business and Economy Group, Baghdad hosted on Thursday the twenty-sixth of this April the forum of investment opportunities and reconstruction of Iraq with international, Arab and local participation.

Dr. Sami Raouf Al-Araji, Chairman of the National Investment Authority, said in a welcoming speech that this forum is a continuation of the achievements of the Kuwait International Conference held last February, during which 212 investment projects (strategic and large) Small and medium and strategic large) included in the investment map of Iraq 2018 and to sustain the momentum and discussions of many companies and businessmen who did not allow them to participate in the conference also includes the introduction of new projects in different sectors, in addition to the signing of memorandums of understanding and the granting of a number of investment licenses miscellaneous,

He expressed his happiness at embracing Iraq for more than 700 of the best Iraqi women from the public and private sectors and the international community, which will culminate in extensive discussions on the round tables with different economic addresses.

For his part, the Secretary-General of the Council of Ministers, Dr. Mahdi Al-Alaq, conveyed the greetings of the Prime Minister to all participants in the Forum and wished him success and move ahead with the support adopted by the State for the economic sector to ensure a sound environment for the investment environment.

Adding that the numerous resolutions issued by the Council of Ministers, especially those issued before the start of the Kuwait International Conference for the Reconstruction of Iraq and the previous and subsequent resolutions confirmed the approach called for by the Prime Minister in support of this vital sector, noting that work is underway to organize The commitments made by States, organizations and supporting funds during the period following the Conference, where the Follow-up Working Group received the majority of the official commitments in this regard and serious discussions have been initiated with a number of States to implement their commitments, expressing confidence that the next few months will witness great activity Supported by the state in all its joints with the start of the battle of reconstruction and investment launched by the Prime Minister. ​

Expressing his readiness to receive any proposals or put any problems faced by investors, thanking at the same time all the parties that contributed to the achievement and launch of this great economic forum.

For his part, called the head of the Union of Arab Chambers of Commerce Al Ain Al-Kabariti to invest in Iraq because of the environment of attracting investment and a promising market and government support for the establishment of projects, useful that Iraq needs the support of its Arab brothers and the Union of Arab Chambers of Commerce ready to enter into economic partnerships with Iraq Serving his people, whom I consider the true wealth of Iraq.

World Bank Representative Yara Salem stressed that the Bank's commitment to stand with Iraq in its reconstruction campaign is part of the international commitment that was made to Iraq at the Kuwait International Conference and that it has engaged in several projects that work towards this goal.

Is working with the National Investment Commission to build the capacity of investment bodies in the provinces and the creation of legislation attractive to invest in Iraq to create an integrated investment environment, adding that the bank also works with the Central Bank of Iraq in the field of financing and development of vital sectors and investment of human capital.

In his speech, Hatem al-Qawasmi, the executive partner and founder of KPMG, set three basic axes for his vision for the future of Iraq, the first of which is the features of the Iraqi economy and the second is the inclusion of the most important investment opportunities in Iraq while the third axis was a presentation of what its institution can do to support Iraq.

Al-Qawasmi explained some of the features of the Iraqi private sector development strategy for the next ten years, which he said would include the sector being able to contribute to the development of the local economy and compete with its counterparts in the region through developing the organizational structures of the state-owned companies in line with the new economic reality.

The first opening session included a speech by Mr. Raouf Abu Zaki, Chief Executive Officer of the Economy and Business Group, in which he stressed that Iraq is currently at a crossroads that puts behind it years of war and destruction, a prosperous future and a long-term economic plan that strengthens the role of private sector investment. Enabling it to deal effectively with the international economy.

During the course of the forum, six investment licenses were granted, four of them to Daiku International Holding Company (British nationality) represented by three licenses for the rehabilitation and development of the central central markets in Baghdad and the fourth for the Muftiya project in the province of Basra (residential, entertainment, commercial). The fifth and sixth licenses were for Al- For the establishment of a caustic soda complex and a plant for the production of table salt in Muthanna province.

Seven memorandums of understanding were signed between the National Authority for Investment and Investor Javad Bou Khamseen from Kuwait to establish hotels and commercial and service centers in the governorates of Baghdad, Karbala, Salahuddin and the fourth with Qaywan and Jawad Al Qasab Group to establish a five star hotel and commercial center in Baghdad and the fifth Between the Authority and the consortium of Arab companies for airports and the twenty-first century satellite company, while signed the sixth and seventh notes with the company Majd Al-Ard for the establishment of the Economic City in Baghdad and Dr. Rafie Ibrahim Al-Rawi to expand and develop the Andalus Specialist Hospital in Baghdad to treat the Satisfied with cancer.

The first session of the forum was attended by Mr. Ali Al-Alaq, Governor of the Central Bank of Iraq, Mr. Wadih Al-Hanal, President of the Association of Iraqi Private Banks, and Mr. Ahmad Al-Qadi of Ey and Al-Tawa'a (Al-Baraka Group) Financing of infrastructure projects and experiences of Arab and foreign investment in Iraq, as well as horizons of partnership with Arab and foreign countries and companies. The second session included a speech by Dr. Mahdi Al-Alaq, Secretary-General of the Council of Ministers on the measures taken to improve the investment environment in Iraq between The President of the National Investment Commission, Dr. Sami al-Araji, a presentation of the most important investment opportunities in Iraq, and the words of both the agent and Mr. Ahmed Saeb Nahas. 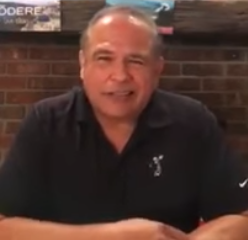