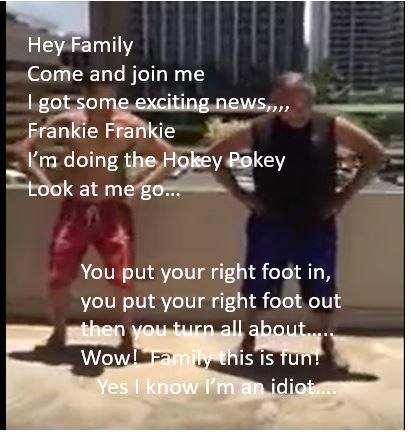 They're backed in a corner and the HEAT IS ON!!!

The 'RI button' is a HOT HOT HOT potato, and the CBI's juggling it and about to toss it to the international hands of the world!!!

US crude oil and condensate exports to Europe are expected to hit an all-time high of around 550,000 barrels per day in April, according to shipping programs. Traders expect the record pace to continue this year, as US oil is growing popular with European refiners, often at the expense of oil cargoes from OPEC nations and Russia.

According to trade flows monitor in Thomson Reuters Eikon, between January and April this year, US crude oil and condensate exports to Europe jumped fourfold compared to the same period of 2017 to 68 large Aframax tankers, Oil Price reported. While Europe was the destination of 7% of all US oil exports in 2017, the percentage has increased to 12% this year, according to Reuters data. The UK, Italy and the Netherlands are top destinations in Europe and BP, Exxon and Valero have been importing large quantities of US oil, traders told Reuters.

WTI, Light Louisiana Sweet, Eagle Ford, Bakken and Mars are the most popular US crude grades in Europe, as a growing number of European refiners have started to test US crude and a wider WTI-Brent spread has been supportive of increased and cheaper US oil supply into Europe compared to Russian, Nigerian and other crude grades. LINK

3.5 million barrels per day exports of oil in southern Iraq since the beginning of April

Crude oil exports from southern Iraq, which is on the Gulf, have averaged 3.5 million bpd since the beginning of April, two oil executives said on Wednesday.

Iraq is to hold bids on oil and gas exploration contracts on Thursday in 11 concessions along the border with Iran and Kuwait and in Gulf waters.

The new contracts are set to include a time frame for companies to stop gas burning from their oilfields.

Iraq is the second largest producer of the Organization of the Petroleum Exporting Countries (OPEC) after Saudi Arabia. LINK

Article: “Trump: We hope to withdraw from Syria soon”

I remember President Trump said the mission in Syria is accomplished... even if its- not it will be very soon. I guess, only a wild guess that Syria is the last battleground to be resolved before the whole puzzle of the entire situation completed…..North Korea is done, Iran said yes, Cuba agrees to work along, anyone else？the only one left is Syria, and i believe it will be soon enough.

this is expected, and its good news for reciprocal trade negotiations will continue, for a level playing field.

Trump: We are likely to reach a trade agreement with China

US President Donald Trump said the United States is likely to reach a trade agreement with China, which comes after the world's two largest economies have seen signs of reciprocal customs duties.

Trump, on the sidelines of his meeting with the French president at the White House, said Tuesday that officials from both sides will negotiate on their trade dispute in the coming days.

The US president said US Treasury Secretary Stephen Menuchin would travel to China as part of a delegation at Beijing's request, noting that there was a very good chance of reaching an agreement.

China has said it would welcome the US Treasury Secretary's visit as both sides sought to resolve their trade dispute after Trump threatened to impose tariffs on Chinese imports. Beijing responded with similar retaliatory measures. link

Great work, Mr. President!!! Maybe this might even open the door for the VND to hit a basket soon with an improved rate!

US President Donald Trump said the North American Free Trade Agreement (NAFTA) could be concluded quickly, with the ministers of the three countries ready to meet later.

Trump told reporters at a ministerial meeting on Tuesday that things were going very well with regard to the NAFTA agreement.

He added that Mexico had an upcoming election and it would be interesting to follow up on what would happen during those elections.

The ministers of the three countries (the United States, Mexico and Canada) are scheduled to meet later in the day to continue negotiating the new NAFTA agreement.

"I can reach a deal really quickly, but I'm not sure it's in the best interest of the United States, but we'll see what happens. link

The Paris International Conference on Combating the Financing of Terrorism opens in Paris on Wednesday with the participation of more than 70 countries and international and regional organizations.

The conference aims to support the international efforts to combat terrorism and extremism in all its forms, which threatens the security and stability of the world as a whole to dry the sources of financing of terrorist groups.

The conference is divided into four groups, headed by French Interior Minister Gerard Colomb and discussing ways to finance terrorism, extremism and cooperation to fight terrorism. The second is headed by French Foreign Minister Jean-Yves Loudrian and is considering fighting organized crime to dry up sources of terrorist financing.

Spending to print more money..., then clear instructions by the CBI to the public how they can be compensated for their damaged notes tells me one thing. They are READY!

The Central Bank of Iraq, on Wednesday, the conditions for the confiscation of banknotes damaged and non-negotiable

The bank said in a statement received "the economy news" a copy of it, "The banknotes damaged and non-negotiable is confiscated and inform the party that submitted the confiscation decision," noting that "the right of those whose cash papers were rejected and confiscated to submit a request to the Governor of the bank or authorized to review the the decision"

The bank added that "the terms of the banknotes that are considered damaged and which are confiscated from the design of the banknote is unclear or distorted or the appearance of the external appearance changes, including the written or the decree or printed or stamped on it or placed on the adhesive

"Another condition is if the paper loses more than 50 percent of its area and if there is evidence to convince the bank that the paper parts have been completely destroyed, they will be partially or fully compensated," he said

"The banknotes will be confiscated if these securities are cut into pieces more than 6 pieces, or if the banknotes perforated four holes in one banknote."

He demanded that "the bank of the banking system to confiscate these damaged banknotes and hand them to the Central Bank with knowledge of its source from the customer," stressing that "the bank bears the responsibility of the legal consequences."

You got nothing Frank .. stop spreading unverified  news. Spreading lie makes you a liar .

Page 1 of 1
Permissions in this forum:
You cannot reply to topics in this forum
Who is online?
In total there are 110 users online :: 3 Registered, 0 Hidden and 107 Guests :: 2 Bots