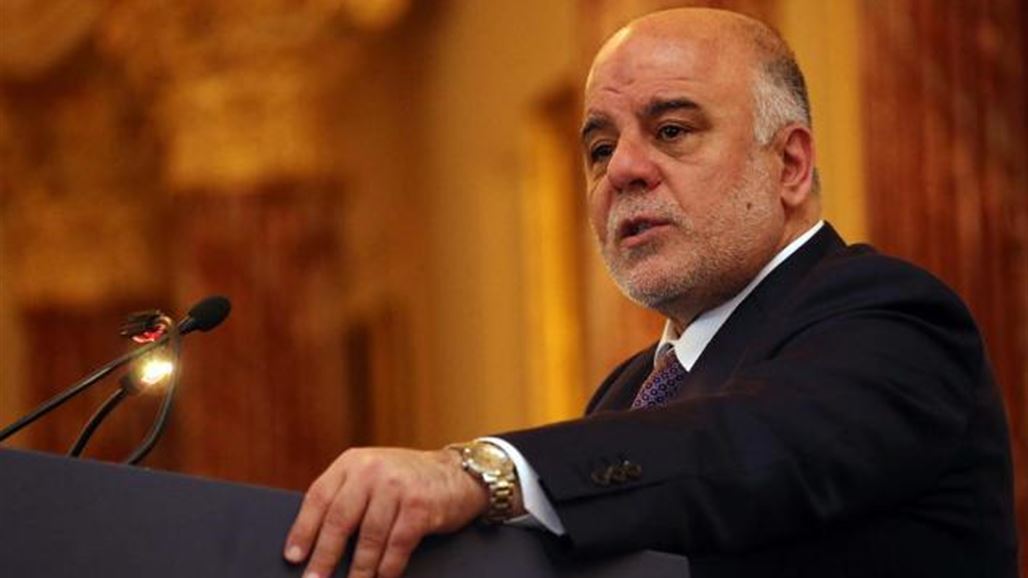 Alsumaria News / Baghdad
The head of the victory coalition Haider Abadi , on Wednesday, that the victory on the organization of "Daash" in the city of Mosul, "has a different taste," asserting that Iraq will not be defeated again. "We are now in liberated Mosul and in the city of victory and the great historical achievement, and the city where the banner of Iraq was raised and broken by a banner,"

Abadi said in a speech delivered by his media office on the sidelines of his visit to Ninewa province . Iraq is a different taste and to defeat a different taste, too, here Ttsqt preacher defeated by the defeat of the Iraqis, the victory share all Iraqis Kurds and Arabs and all nationalities and sects, and Iraq will not be defeated again and his banner will never degenerate.

Abadi added that "our strongest weapon in the liberation is the weapon of unity and we must stick to this unity to achieve our next victories, as we did not win unless we united our people and isolate the spoilers and sects," expressing "our pride in the state of unity between the formations of Iraqi forces from the army and federal and local police Anti-terrorism and the popular crowd and Peshmerga who fought together under the banner of Iraq. "

Abadi said that "we have a new mission we must also succeed in, namely the task of reconstruction and stability. We promise that we will succeed in implementing all our goals and will not face any impossible." He pointed out that "reconstruction of the city of Mosul and the return of all displaced people to their homes is safe in our necks, We give only a true and real promise and we believe in its implementation. "

Earlier in the day, Abadi arrived in the city of Mosul and met a number of the people of the city, as well as the Mosul Dam, before heading to the province of Sulaymaniyah.

Similar topics
» Frank26 says - You see they promise that they're going to give this new rate to you. The promise is going to be kept to you
» Frank26 "Abadi Ready to Give His Speech" 9/28/17
» Abadi: We will not give up the unity of Iraq and the government will impose its federal sovereignty
» Najafi strongly denies his criticism of the reference Sistani to "give him powers" to al-Abadi for repair
»  Official Parliament Website - eight pm session to give confidence to the government of Mr. Haider Abadi, the prime minister-designate.