Getting pretty excited around here! I saw Samson report about the sit-ins at Ministry of Finance for implementation of Abadi promises from Kuwaiti Conference on April 18th. I've also read about possibly rate being given for U.N. publication to IMF for April 15th. Fireworks going!!! Many articles indicating Done! Done! Done! Looking forward to a great conference call on Monday! God bless all of you KTFA family and my prayers are with all of you! Thank you Frank, WS, Delta & teams as usual!

There’s nothing left to be done. IMO we are merely waiting for the last step. Iraq must decide to do what’s right for her country or be in limbo IMO. There will now be too much pressure to stop now. Whether it happens in a NY minute or Iraqi summer IMO it will happen. Hang on Sloopy! Hang on! (For all the OSU fans out there).

the economy of Iraq

"The strike launched by the tripartite aggression against Syria has positive effects in terms of economic and specifically on the field of transport," Smisem said in an interview with Mawazine News. "The Syrian airport is closed and therefore the most flights will be through Iraq and Beirut, which will increase the cost of transport and increase flights."

"The impact of this strike has a positive impact also on the price of oil, which began to rise immediately," pointing to "the presence of fields of gas and oil in eastern Syria may be a blow to pressure to export and thus this incentive to increase production." LINK

Instructions and criteria for handling and replacing banknotes and counting mechanisms

To / all banks ( instructions and standards for handling and replacing banknotes and counting mechanisms ) ... Click here
LINK

A new salary scale for staff in the Region

The Ministry of Finance and Economy in the Kurdistan Regional Government, on Saturday, a new schedule for the distribution of salaries of staff of the region, starting on Sunday.

There is that word "Launch"

SO MANY "LAUNCH" ARTICLES !!! SO MANY ARTICLES TODAY OF DINARS IN MILLIONS !!!

Rafidain Bank announced the launch of a new payment of the advance of five million dinars for the staff of the Directorate of Education Rusafa I and the second and the first Karkh.

"A new batch of five million dinars has been disbursed to 3,960 employees from the departments of education of Karkh I and Rasafa first and second," the bank's information office said in a statement.

He explained that "the exchange was done through the electronic card of the employee after informing him by text message on his phone notifying him of the possibility of receiving the advance through his electronic card, which was filled the amount of the financial advance to it." LINK

Next is to Divulge and Launch the RI---IMO

Abadi: Iraq has overcome the economic crisis left by the fall in oil prices

Prime Minister Haidar al-Abadi said that Iraq has overcome the economic crisis caused by the drop in oil prices in 2014.

Abadi said in an interview with a number of local satellite channels and his "Economic News", "Iraq sells its oil at a price of 62 dollars during the current days, although the cost of oil production fixed, which affected the volume of expenditures," noting that "some political parties formed an economic committee And began to take shares of enterprises, which is considered a gain is illegal. "

He added that "Iraq created a ground for the work of international companies, which has become a desire of Japanese companies to invest in Iraq," explaining that "the next battle is construction, reconstruction and investment, and must maintain security to facilitate the work of investors."

He pointed out that "the reforms we have launched include the suspension of pensions for officials who receive 80% of the total salary and allowances," noting that environmental pollution." "Iraq for the first time began to benefit from gas associated with production, which contributes to reducing

He pointed out that "Iraq encourages the growth of small and medium enterprises through the granting of loans to them, which is reflected positively on the economy," pointing out that "small and medium-sized companies will create hundreds of thousands of jobs, which reduces the rates of unemployment and poverty LINK ​

Russia's rich are fleeing Switzerland for fear of Washington

Unlike the Swiss currency, which is rising in times of global political and financial turmoil, where the wealthy take it as a "safe haven," this time the military confrontation between Washington and Moscow in Syria fell. The mystery, as revealed by Bloomberg, is the escape of the accounts of wealthy Russians, especially the circle of billionaires close to President Vladimir Putin of Switzerland.

Wealthy bankers have fled Switzerland for two reasons. First, they fear that their accounts will be frozen and uncovered by the US authorities, following Switzerland's abandonment of bank secrecy.

The second reason is the need for the Russian regime under the conditions of military confrontation to dollars to support the exchange rate of the Russian currency, which was close to collapse this week, falling to 65 rubles against the dollar, before rising at the end of the week on Friday amid strong intervention of the Central Bank of Russia In exchange markets.

"The weakness of the French franc is mainly due to the exit of Russian funds from the Swiss market for fear of US sanctions," said Manuel Olivey, an exchange expert at Credit Agricole.

"The Russians' current need for foreign exchange liquidity and Russia's reluctance to leave their money in Swiss banks are raising the risk of investing in the Swiss franc," he said.

Switzerland changed its fixed-rate policy of 1.2 euros in January 2015 due to massive cash flows from Europe's wealthy banks during the euro crisis, especially the wealthy of Spain and Italy. Simply because the strong Swiss franc affected the Swiss industry and tourism, and the negative interest policy on deposits was followed.

Swiss National Bank Governor Thomas Gordon said in an interview with Swiss newspaper La Liberté on Saturday that he had no intention of abandoning flexible monetary policy because of the weak exchange rate of the franc because he fears the exchange rate will rise and its negative impact on exports. dullness.

Experts believe that most of these wealthy investors in Switzerland, have direct financial ties with President Vladimir Putin, and that they own part of their wealth or act as an investment front. Mr Putin has major stakes in major companies in Russia and abroad.

Of these companies, 37% are in Sergut Naftgas, 4.5% in Gazprom , and a large stake in Switzerland-based main commodities group GENEVOR. The US Treasury Department said in a statement in 2014 after Russia's annexation of the Crimea, that "Putin has investments in Guinness." link

Al-Sabah: We congratulate the Iraqis on liberating their lands and the Kuwait Conference is the first building block for building and reconstruction

Kuwait's Amir Sabah Al-Ahmad Al-Jaber Al-Sabah on Sunday congratulated the Iraqi state on the victory over gangs and called on the terrorist in all parts of the country.

"Iraq has achieved full victory over gangs that fully support the terrorist," he said, hoping for "security and stability in all parts of the country."

On the other hand, Sabah reiterated his rejection of the US president's decision to recognize Jerusalem as the capital of Israel and transfer the US embassy to it, while Trump called for reviewing its decision on the occupied Palestinian state. LINK

Kuwait conference doesn't do a bit a good without a rate. Your country needs to rebuild, pull the d*** trigger Abadi and show some respect to your people. 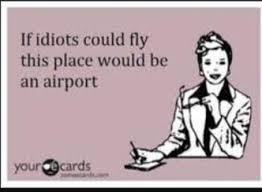 Page 1 of 1
Permissions in this forum:
You cannot reply to topics in this forum
Who is online?
In total there are 95 users online :: 2 Registered, 0 Hidden and 93 Guests :: 2 Bots