YOU POSTED THAT THE NET IS SILENT ON THE DINAR.

AM NOT HERE TO COJOLE ANYONE ON OUR TEAM STUDY.

FOR IT IS EASY TO SEE ALL IS SET FOR THE RI.

Revealed the MP for the Kurdish movement of change, Sherine Abdul Redha, Monday, the inclusion of the Presidency of the House of Representatives during the session on Tuesday, 33 laws to vote, likely to complete the quorum for the use of passing laws in the propaganda election for deputies.

"The presidency of the House of Representatives added other laws on the agenda of tomorrow's session, bringing the total number of laws to 33 laws, most of which are ready to vote," Abd al-Redha said in a statement.

"The most prominent laws ready to vote are the Freedom of Expression Act, the Federal Court, the Association of Nurses and Sports Clubs, the Health Professionals Union and other laws."

"The meeting will mark a big ban for members of the House of Representatives to participate in the vote on the laws and exploitation in the upcoming election propaganda." LINK

RE: Today China's PetroYuan is launched

This is obviously the east and west competing for control. The cycle repeats, nothing new here. The new Silk Road affirms this. The Petroyuan further validates this. America has Anglo allies and Asia will have the same. I think one reason why the Petroyuan came into existence is to comply with the IMF's requirements of the SDR.

China wanted to be validated so they lowered the exchange restrictions per IMF requirements that would allow them to be a part of the SDR.

The problem with China loosening the exchange restrictions is that they would become disadvantaged with their exports. A good way to compensate for this (and they are turning from a production and into a consumption economy anyway) would to have countries' settle perto/hydrocarbon transactions in Yuan. This adds value to the currency (or at least will offset value losses due to economic shifts), increases their money velocity and fulfill the IMF requirements for the SDR.

I personally don't think that China wants any part of the IMF. But they are doing this as a means to an end.

ADDITIONAL: This basically was a signal to foreign banks that it's safe to add the Yuan to the bank reserves. Guys, this is all the same stuff that has happened in America and every other Anglo country. It's part of a playbook, basically. Currency swaps (via reserves) in large-scale banking allow for certain trade advantages and can even subsidize the cost of imports (think tariffs here).

The exchange rate will always be controlled. That's just what strict economies do, but the proof of a looser exchange is in the Petroyuan. They just don't want to get too loose.

I have no idea what I'm talking about. I fell asleep at the computer, my face hit the keyboard and what you read above is a result of my head hitting the keys. lol

Thank you for your input. Seems to be grounded and wel thought out. I have not seen this to be very big deal either other than in it is a new reality. –mm

China has officially issued its first oil futures contract denominated in its local currency, the Yuan, in a long-awaited move, challenging the dollar's oil.

Liu Xiao, chairman of China Securities Regulatory Commission, said the body has the confidence and ability to build a secure future oil futures market, saying it will play an important role in the country's economy, citing the China Morning Post.

The idea of ​​China issuing yuan-denominated contracts dates back to 2012, when the price of a barrel exceeded $ 100 a barrel.

Last month, China hinted that the move was nearing completion, after reports that the contracts would be launched this month after five tests of the system last year, and a slight flaw was detected in the trading platform that was promised to be processed.

The move is a real threat to the United States, which dominated the currency for years on the price of crude, as the previous statements all the issuance of oil denominated in a currency other than the dollar was the end of failure.

In 2015, Russia, the largest oil producer, announced that it would like to carry out all crude purchases with China using the yuan.

The pressure builds for USA to compete in the new digital asset backed reality! TRN same time as RV imo

Great news budget is in the gazette. Now they need to release the ri to make this budget work. IMO. They got a lot of tax’s in this budget !!! Frank told us something big would happen around the 26th.

On 3 March 2018, the Iraqi Parliament passed its 2018 Budget Act (the Budget). The Budget includes several measures to support economic growth and fiscal stability as Iraq recovers after the 2017 military defeat of the Islamic State of Iraq and Syria (ISIS) and the drop in global oil prices.

One significant measure is the proposal of a 5% sales tax to apply to the sale of all consumer goods, except items sold as part of Iraq’s ration card system and services provided by beauty salons for men and women. However, it is not yet clear if the Iraqi Government will in fact implement the proposed sales tax on consumer goods or if it will release regulations on its application. Furthermore, the Budget does not provide a date from which the proposed sales tax regime will apply.

The Budget also confirms the continued application of the following taxes
and levies:

• Sales tax on restaurants and hotels in accordance with the provisions of the
Revolutionary Command Council Resolution No. 36 of 1997

Other measures to support economic growth include the proposal of a new excise tax of 25% applicable to imported sweets,

ice cream, dairy, juices, and carbonated drinks, to be levied at the entry ports.
The full Budget is available in Arabic on the Iraqi Parliament’s website. 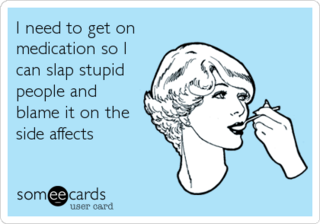 Page 1 of 1
Permissions in this forum:
You cannot reply to topics in this forum
Who is online?
In total there are 181 users online :: 6 Registered, 0 Hidden and 175 Guests :: 2 Bots