About ten days ago, Kim and Tank announced that Kim had managed to inject billions of dollars into the central banks of the world for the global monorail. All she really did was increase the amount of global debt that must be forgiven. It was NOT, as Tank thought, real money. You cannot have real money and debt-based money in the same system of commerce. Cannot. Kim’s infusion was asset-backed, but still debt. It was more debt, albeit offset by credit which never sees the light of day in a debt-dominated system of double-entry accounting (thank you, Fast Freddie) because the Banksters will never acknowledge the existence of the credit side of the ledger. That’s the side of the ledger that offsets the mythical ‘national debt’. The side of the ledger that zeroes out every mortgage, loan, or credit card balance the minute you sign the promissory note or application.

This system of accounting is a zero-sum game because you can never truly be in the black, only back at zero at the end of the day when all credits equal all debits - zero sum. And as long as we continue to use debt as money, we can never pay our way back to zero because interest continues to accrue ad infinitum, making the zero sum always just out of reach.

Only debt forgiveness works. Only credit is healthy. Only credit can be truly accumulated, invested, increased, and spent. You cannot spend a USD (FRN), only pass on a debt obligation to someone else, which increases his indebtedness. In other words, the wealthier you are, the more in debt you are. And so it goes ad nauseum.

If Kim ‘gets’ what Anna is saying, she should work with Anna to ‘creditize’ Trust assets (not sure if her fiduciary authority extends to this, but definitely requires cooperation of Anna and bankers), surrender control of the Manna Trust’s assets to the sovereign governments/people of the world, not corporations. Anna is ready as fiduciary to assist that transfer of assets and conversion of debt to credit. The Payment Bond has cured, so what are we waiting for?

Kim and Anna should at least sheathe their knives and hopefully find a way to work together. Anna hinted recently that she thought she could help Kim if, if, if she had reason to believe Kim were something other than a self-centered cheater. Now there’s an offer! IMO, Kim is just out of phase with how the world really works and Anna is best informed to teach her. Anna for that matter does not understand Kim’s world very well yet, has not walked a mile in her shoes, so needs to practice what she preaches and forgive, forgive, forgive. Forgive Kim, then herself, her hurt, anger, and ego. And Kim needs to do likewise.

We all need some heavy duty forgiveness here. Now. For the sake of the whole world. 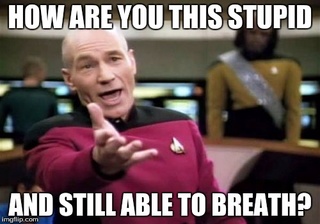 Similar topics
»  "Distributing Manna Trust Assets is Not the Answer" by (Anonymous) - 3/22/18
» Wingit Call - Masters Trust / Masters Copyright Trust - Newsletters and More
»  "Manna Trust Info Found on the Net" by Doreen 1/22/18
» trust facts or not to trust
» My Business Plan to Start my Own Trust Company in CURACO calling it (BRICS/AIIB Caribbean (Curacao) Development Trust).

Page 1 of 1
Permissions in this forum:
You cannot reply to topics in this forum
Who is online?
In total there are 68 users online :: 0 Registered, 0 Hidden and 68 Guests :: 4 Bots