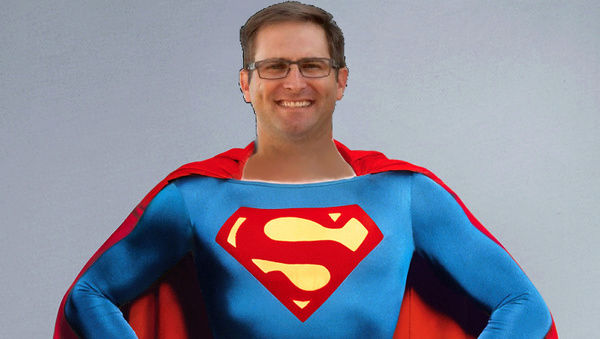 Yada:
In listening to the conversations, am I the only one to notice the news flash Tony received during the call to indicate the Kurdistan president is no longer going to contend with the budget and ratify it,,,this would mean we'd not have to necessarily have to wait the who 7 days and see this before. Looking for him to sign this now verses later,,

SwampyJack:
If that is correct, and I beleive it is... then we might see sumptin early... I wasnt going to say anything cause I thought it would cause a fire storm... glad you broke that news..

4asong:
I hope there is someone who can direct me to DC's HISTORY POST.

"The “Plan”…how this came about, how this occurred, has been around for a long, long time and was developed by a couple of very bright economist 40-50 years ago about several different countries. It was part of when we were in the nation building business. They created a lot of these plans.

When they went into the Iraq war, regardless of what you believe on why we went into it, now you have a country that has not been economically valued for quite a bit of time because it has been significantly devalued, frankly, by a ruthless dictator. It has at least a 150 Billion barrels of proven oil reserves that is worth a tremendous amount, #2 only behind Saudi Arabia.

They have an immense amount of natural gas that is worth a tremendous amount. They have an incredible amount of minerals that are worth an immense amount as well. They also have an amazing agricultural basis that has been there for over 5,000 years because of the Tigris and Euphrates River. So they had this tremendous value in resources. They also had their Dinar, which was their currency, and for decades it was at an exchange rate of 3.22 to 1.00 US dollar, sometimes it dipped down to mid 2’s and then back up to 3.22, but it stayed there for decades upon decades.

Then Saddam Hussein came along and because of his tyrannical acts, he caused a lot of problems with the world not believing him because of the free-flow of markets. But even then, the UN did not de-value the currency entirely. What happened was, we went to war, we have done that often times…it is a very classic tactic for any problem country, you flood their currency so that they can’t buy weapons, they can’t buy amo and their hands become tied. So we UN/US basically devalued their currency to 6,000 Dinars to 1 US dollar.

Then over the years as Iraq started pulling itself together, started getting some political leadership…regardless of how you believe it really went… it started that rebuilding process. That caused the currency to slowly be brought up more and more. It was supposed to only take a couple of years by “the plan” but because of the slowness of the Iraqi political process becoming a democratized state, and some of their leaders that were frankly, in it for some of the wrong reasons, but also…some of the right. It just took a great deal of time to move forward.

The original plan was only going to be about Iraq, including a few soldiers that had currency in their back pocket and a few connected politicians were going to make some money with the revaluation of the Iraq currency, when the UN brought it back up the their original rate of 3+ to the dollar. (President George W. Bush gave Executive Order 13303 that gave US citizens the right to purchase and hold the Iraqi currency.)

Because now they have had a lot of economist spending an immense amount of time justifying what 150 Billion barrels of probable proven oil is worth and who knows how many CCF’s are down there, how many tons of metric gold is down there. So they spent a great deal of time sending these great economic arguments to all the different agencies that were in favor of this. It took a great deal of time to get done (years and years).

Then the rest of the world said “Hey, why can’t we all use this as a Currency Re-alignment or Reset?” That’s when China got more involved and other countries started getting more involved and that’s when frankly, the management of this plan slowed to a glacial pace in moving things forward. No one had seemed to have control of the situation so “we” all agreed to allow the IMF do a lot of facilitation and “we” (Authors of the Plan) agreed that Iraq needed to “grow-up” on their own and advance on their own economically, legally and security wise.

So Iraq did start “growing up” on their own but it took longer because a lot of people decided how they wanted to “help” Iraq was to lead themselves and figure out the process by themselves without a lot of pushing from outside input… that took a long time to get things moving and get the process/plan going.

Now bringing this current, after years of waiting for them to get to this point that brings us to June, 27th 2013, when Iraq was released from Chapter 7 by the UN (who had originally placed the sanctions on them during Saddam’s reign). That said to Iraq, “Ok, you have grown up as a country, you have passed all the requirements that we asked you to do and you have agreed to the 100’s of different points we asked you to change.”

So the UN Security Council unanimously voted to approve the release. However, they did have a couple of items in suspension… one being the revaluation of their Dinar currency to at least a 1 dinar to 1 US dollar rate. That was very clearly laid out in many public documents that anyone could go back and read. It is very straight forward and clearly spells it out.

Then what ended up happening due to politics…due to basically being unprepared on the USA side, we started slowing down the revaluation (RV) process. Some could argue that the USA had slowed it down previously and that would probably be a very strong argument. Regardless, the US administration caused/forced this entire plan/process to go down…for many different purposes, some that were admirable and some that were frankly, for their own self-interest. "
*****************
>>>TNTBS's YouTube Channel<<<