This post is an overview for those who don't know what this GCR/RV is all about. Most people think these three things are basically the same event, not true. Each one is different.

The GCR – the Global Currency Reset – has two separate factors or parts of the whole event.

The First factor: two hundred and nine countries of the world will reset the value of their currency to be on parity with all other nations of the world. That means the value of the one Dong will be the same as the value of one dollar, or any other national currency. The real value will be felt in international trade. The Global reset means that Forex Trading for profit will be of little value as the reset will stabilize currencies and would not be subject to manipulation of currency by any government or corporation. It will affect the export markets as well, to accommodate a country’s balance of trade. Obviously, Fiat Currencies will never work in such a structured, internationally balanced, monetary system.

To accomplish this parity, a mathematical formula was created, by some very intelligent economist types, to take a conglomerate of economic data, apply a predetermined value to each data point and come up with a value for each country. This value, compared to other countries, has more to do with, the amount of currency put into circulation in that country, than it has to do with the value of its currency. The, use factor, of the amount of currency in a countries economy, must balance the problem of supply and demand of currency while still maintaining consistent value within the international community. A problem of no small consequence for those who plan the world economy around currency and economical parity and how to accomplish this.

The Second factor in the reset, is Gold backed currency. To back the currency with Gold in the new financial system means there is a digital Gold certificate that says you can exchange that piece of currency for a piece of Gold. That means you can use either a piece of Gold or a piece of Gold backed paper money to make a purchase. Paper Money is used for convenience instead of carrying around Gold pieces. Both have the same value. The common denominator of the value of any currency is the backing of that currency by a valued commodity or asset.

While in-ground assets and other types of assets, as well as, the economy of the country, etc., plays into the parity of that currency, Gold is the most visible and universal standard to determine value. In the new Digital Financial System, Gold is used as the leveling factor that buffers diversities within each country as compared to another.

As we Exchange our old Fiat currencies for the new Gold backed currencies, we are, in effect exchanging the entire old Cabal debt slavery Financial System for a brand new, Gold backed Financial System. The Central Bank of each country will once again be a part of their Treasury Department and not owned by outside private entities like the Federal Reserve Banking system, who function for their own greed and agenda. The old system is dead in the water just like an old Battleship that is no longer functionable and of little value, except for target practice.

The Gold, used by the Chinese Elders to create this new money, stands as the backing for all currencies in the world. There is plenty of Gold to back these currencies, in fact, more than sufficient to accomplish a new monetary system for the entire world, and to flooded it with cash. We get to say goodbye and good riddance, to the Cabal financial system of debt slavery. No longer as slaves, are we.

The Cabal created wars to accomplish their aims of dominion and control over Humanity. When the Cabal types invaded a country, they depressed their currencies so the munitions of war used to combat against the Cabal would be far out of reach, financially. It was also a predetermined move, planed far in advance, to gather up that country’s currency and hold it until that country was able to survive and establish their working economy again. The Cabal would then, exchange it at, one thousandth of penny on the dollar and make billions of dollars in profit. That took place in Viet Nam as well as Iraq. Other countries had their currencies depressed by the Cabal currency manipulators, as well. The Revaluation comes into play now as those countries restore the value of their currencies and become part of the international community as full players. While the Revaluation works to help their in country economy, it has little effect on hydrating the earth for Humanity.

The Zim is different.

The crushed economy of Zimbabwe fell into shambles by a dictator that cared more for himself than his fellow countrymen. Most Zimbabweans thought that Mugabe’s nationalization of farms, owned by whites, would change things but it worked out mainly for him and his government lackeys. The Trillion-dollar series of Bonds was the Reserve Bank of Zimbabwe’s attempt to keep up with hyperinflation. A 100 Trillion-dollar note could buy a loaf of bread. The Zim Bonds finally lost all value as a currency and became obsolete in 2009. In-country purchases were made using foreign currency such as the USD, Yuan, or the South African Rand. It truly was in a shamble.

Meantime, the Plan was unfolding by the Elders and the time was ripe to use these historical, defunct bonds as a tool to hydrate the world. Using the extreme amounts printed on the Zim Bond, the Elders could create a new financial system of Gold backed currencies beginning with the Zim Bonds. The Plan was to put many Trillions of dollars into the hands and control of Light Workers, who have been waiting, and maturing, and planning, and focusing on humanitarian work for the betterment of all of mankind. With the Cabal neutralized and out of commission on one hand, and on the other hand, a new Blockchain based Financial System that would secure our money from theft, the Light Workers could go about their work without the old concerns, and boundaries enforced by the Cabal. Financial Freedom has been secured. This was and is, the Plan all along.

The GCR and the RV are great but the Crown Jewel is the Zim Bond. Everything else is in support of the use of the Zim to hydrate the world and bless all of Humanity. The world is becoming our playground and we get to stay up late and just gleefully play until we get tired and go home.

Love, Light, and Joy to all 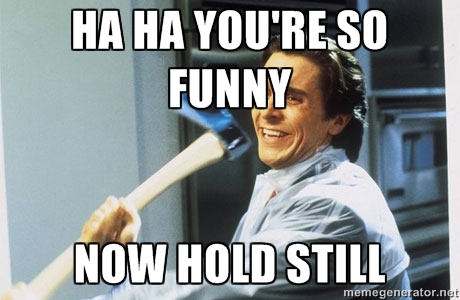