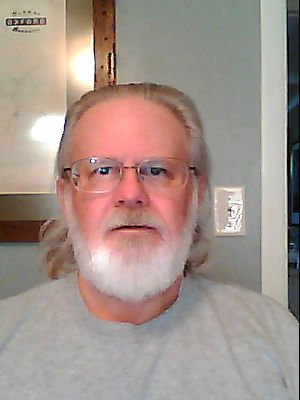 Ray requested that we tell the forum what he is saying on open mic. He will post a map later today of the 12 districts. Some districts cover many states. You are supposed to call from the district where you live. You can pick out a zip code where you want to exchange. as long as it is in your district.

I totally agree, but only if "Fruitful" is code for f-ing nuts or crazy ..

Q? the 12 districts (as stated by a convicted felon & his POS brother) were in the hunger games?

Also unless everyone on the planet got amnesia or took stupid pills the current security council meeting is about the rift & potential for war between Iran, Syria, and Isreal and not the RV or the GCR.

Also, for the rest of you despicable guru's making a nice buck off the newbies & crazy people too lazy to google the world currency markets .. good for you, #DOJ.gov #FBI.gov #IRS.gov #SEC.gov #FTC.gov ..

For the remaining exotic currency guru's propped up by the recrap sites..  just for laughs, let's imagine an event of this size & proportion ... and let's assume a known conman & his POS brother were the only pair given an inside track to this kind of information .. and given the fact that people talk, then there's no doubt the info would cause earthquake-size rumblings across the world financial markets..

Hmm, but on Friday the markets were pretty darn quiet..why is that?

What are the odds that ..

A known felon & his POS brother who've never been right in 1000's of attempts , suddenly got an inside track to an event that even 1000's of wall street currency analysis' missed the boat on ..

A known felon, and his POS brother & a group of not so bright wanna-be conmen piggy-backed onto this ridiculous fake insider info just to defraud the public for profit ..

A known felon & POS brother made this crap up for profit..

This never gets old especially for the recap sites. #SeeACrimeReportACrime

bill we are so close its like all the bs I have heard in the last 15 yrs we are  on course to take the dinar to never never land.btw bill have you heard the old adage our cow is dead we do not need your bull here

Similar topics
» AdminBill - Remains Positive! 8/31/18
» ADMINBILL says It is getting close and is Imminent
» BREAKING.... AdminBill to CLOSE WSOMN CHAT???
» WSOMN Member Curly Says To STOP saying It's Close! ADMINBILL???
» Subj: 2012 Update # 1 (601-) Lindsay Williams remains in close contact to Global Elitists since his work with them at Pruhoe Bay on the Alaska Pipeline. So his revelations and warnings are credible and need to be taken seriously. What Lindsay William