Did anyone else's BS meter go off after reading this? Its like reading a post from Bruce, you have to ask your self where he gets his info. The part I have a problem with is the supposed amount a bank can now take in in a single day in deposits and if you have over that you have to come back to complete your exchange at a later date. WHAT?? A lot of people I know have only a few notes but a lot of people I know have more than a few. If this was true, an exchange center could only exchange 1 person a day and they would have to shut down because they have more than the limits talked about in this post. What happened to getting everyone in and out as soon as possible? And now Tony is saying, unless I read it wrong, that there is a limit on the amount of a Zim note? Granted, I would take that in a heart beat after all of the delays but that is not what we have been told, by Tony/Ray and others for all these years. I can't imagine the confusion and problems associated with exchanging a portion of your currencies and then coming back at a later time to exchange some more and then coming back at a later time to exchange some more ect ect... Does this make sense to anyone? I find this very hard to believe this is coming up now, that the banks just remembered they had a cap on deposits and they have not done something to accommodate currency exchangers.

I’ve been on this expedition for a few years and I thought I would remind everyone of some of the material that other journeymen / women have shared for our benefit. But first I’ve noticed TNT’s RayRen98 has been dishing out some very convincing information that we’ll be exchanging soon however, we all still wait. I mention TNT because it seems the most published post lately on IDC about how close we are to exchanging. The rates are being cited again at a rate of .11, .22 or whatever, per ZIM, and does not make sense or equal $10 million for a $100T ZIM bond when multiplied – my calculator does not lie to me, it comes up with the answer of $11T. The following articles referenced dispel the removal of 6 zero’s from the ZIM. We hold ZIM bonds and you cannot subtract zero’s from a printed bond.

The real rates will come out when we actually get the 800#’s and exchange. If the banks are trying to play us, cabal tactics, by deleting zero’s then we know. Why has RayRen98 always talked about having contacts in higher places and gets the inside scoop on when the funds are coming, because once funded we should be close behind and has always stated that 6 zero’s would be removed. Every week dragging us into his story line of being so close, and we should know something soon. Every time the story line leads back to a banker delaying things, which we know not to trust until they’re all dealt with. Of course, just like everyone who doesn’t like fingers pointed at them – they always say “Believe me, Don’t believe me, it matters not”. Well I think that’s right. We have to use our own discernment and figure out who’s telling us the truth. Think about it, most folks just deflect those non-believers back to that statement – they are the only ones that have the facts and it doesn’t matter if you believe them or not. It’s like that statement will make you believe them more. (You all know who you are that do this.) Maybe they believe whoever is telling them and that’s our problem, we get sucked into the same story they got sucked into. It’s not their fault, I believe people have been sucked into a great fable once or twice. So, who is really telling the truth? Are they trying to convince us to take lower rates? I think the inundation of this incomprehensible cash flow into the world has the world financiers running scared. The financial markets would implode, the banks would be ruined, oh the horror. You see - Cabal talk. I know a few things for sure, we are greater than we give ourselves credit for and the abundance that is coming our way is to eliminate money. I am onboard with that. So, I stay centered and true to me, and share my energy with everyone.

“Treat others as one would wish to be treated.” 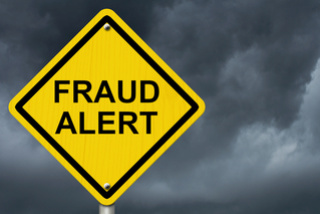