Could this be article #2? Doesn’t leave much of a doubt about a date for it to start.

FRANK, HERE IS AN EXCELLENT EXAMPLE OF AN ESCORT ARTICLE LEADING TO THE 2ND ART... SO MY LOGIC SAYS IF THEY ACTIVATE ON MONDAY THEN THEY NEED ART 8. IF THEY HAVE ART 8, THEN THEY NEED TO PRESENT THE 2ND ART BETWEEN NOW AND MONDAY!!! IMO

Translated: Iraq begins Monday meetings with ambassadors and representatives of organizations to activate the commitments of the Kuwait Conference

The Council of Ministers announced Thursday that the National Action Team will begin its meetings next Monday (February 19) with ambassadors and representatives of international organizations in Iraq to activate the obligations of the Kuwait Conference for the Reconstruction of Iraq.

"The national task force will start its meetings starting next Monday with ambassadors and representatives of international organizations in Iraq to start activating these commitments," the Secretariat of the Iraqi Council of Ministers said in a statement.

The statement added: "Work is underway to hold extensive meetings with investors during the month of March next to agree on investment opportunities, which showed a large number of companies desire to invest in all provinces."

He pointed out that "the amounts pledged by a number of States and regional and international organizations and funds were distributed between soft loans and loans of $ 15.5 billion, with a long time and easy payment so as to allow the country to invest these amounts and enables them to recover these amounts and pay them while accelerating and making the economy creates significant benefits for different levels in the provinces "He said.

The statement pointed out that "the guarantees and financial facilities offered to drive the investment, amounted to 11.6 billion dollars and the other amount (1.8 billion dollars) as grants to support stability and humanitarian aid and relief."

"The large sums pledged by participating countries to provide investment guarantees will be an important motivation for companies to invest in all governorates in the housing, construction, agriculture, industry, tourism, transport, education, health, environmental and other sectors.

He added that "these amounts will enhance the development requirements in the basic areas affecting the lives of citizens, especially in the sectors of education, health and public services and improve their quality, which will positively affect the improvement of the standard of living of citizens, as well as the role of these amounts in the promotion of small businesses achieve the objectives of expansion in the process of production and providing services through the creation of production units or Service or workshops specialized in different fields.

On the opening of the door of investment in all Iraqi provinces, the statement pointed to "the participation of about 2600 companies and businessmen from different countries of the world in the Kuwait Conference, and briefed participants on the important directions of the Council of Ministers and reconstruction, including the activation of one window under the direct supervision of the Supreme Committee, Investment environment, simplifying procedures and presenting the forms of financial financing and investment guarantee adopted by international organizations, particularly the World Bank. "

He added: "Dozens of companies have expressed their desire to enter the Iraqi investment market, and the Commission will begin during the next few days, discussions with those companies on the large and medium projects that were presented during the conference, which received great interest from both conferences."

The United Nations Special Representative, the Regional Director of the World Bank and representatives of the European Union expressed their great pleasure in achieving the Conference's major objectives in advancing the investment process in Iraq and in the facilities and financial grants provided by the States and expressed their full readiness to cooperate with Iraq in facilitating the use of the amount pledged. (About $ 30 billion).

The Kuwait International Conference for the Reconstruction of Iraq, held in Kuwait from February 12 to 14, has raised US $ 30 billion.

Following the Kuwait International Conference for the Reconstruction of Iraq earlier this week, Iraq has so far received pledges of financing totalling around $30 billion to help with rebuilding the country after the devastating war against the Islamic State group.

While this is well short of the $88 billion in funding estimated to be needed, it is still a very significant boost for the country’s reconstruction programme, and will greatly improve the quality of life for millions of Iraqis.

“After the last three days in Kuwait, I feel hope for a new Iraq that is open for business and prepared to face the next challenge of rebuilding communities while reconstructing schools, roads, bridges, hospitals and public infrastructure.

“A prosperous Iraq will be a pillar for development and stability in the region.”

Many readers of Iraq Business News will play key roles in this reconstruction effort, and we would like to wish them every success in this important work.

To promote your business to the Iraqi market, please contact our sales manager, David

Iraq reserves are over $43 billion. $30 billion in short of theee days... Iraq in less time it will take to re build the damage done by Isis they'll have doubled there output in oil. That doesn't include the revenues coming in from natural gas, taxes & tariffs, agriculture, tourism, etc..

Don't forget they have about 90 tons of gold not to mention the world class gold, phosphate and sulphur deposits.

I want mention the hundereds of billions in assists stolen over the last 14 odd years being clawed back.. So let that set in while the ink dries on the conference contracts.

That thirty billion in short order is nothing to sneeze at.. As more and more results become more and more public the time to expose the international calculation for the new Iraq identity will be quicker.

Imo Activatinon of those results is to be seen, but, with all we know it is going to be very powerful and well supported by the ERM already in place by the CBI.. -MM

The minister said that the average price for the year in general in February is difficult for the possibility of the impact of many factors on the price of oil later. LINK

It appears that baghdad was disappointed with the pledges of only 30 billion dollars when they were looking for almost 90 billion dollars for reconstruction. Pretty sure why the numbers were so low! Hmm! Open the budget! Bozo's!
*****************
>>>TNTBS's YouTube Channel<<<

Pretty sure you are FOS. No, I take that back, I am positive of that. 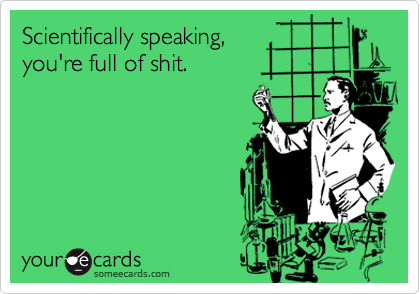