One thing I don't get. If the PTB flipped the rate in the first place, why are we waiting for some dip(insert) in Iraq to do it.

That is truly a freakin brilliant point. If we crushed it, it should be up to us to re-inflate it and not who Trump called "the most brilliant thieves he ever met".

The "dip" does what the PTB says. Three Headed Monster is the Power to Be and they guide, assist, encourage the dip to walk in a perfect line (meaning setting everything up for success)

RI YOUR CURRENCY AND THEY WILL COME.....

The results of the Iraq Reconstruction Conference seem to have been disappointing, with the value of pledges and grants by states and financial institutions to reduce reconstruction plans. Experts have estimated the improvement of foreign direct investment in Iraq by improving political, economic and legislative reforms, eliminating corruption in government institutions and strengthening the security situation.

The Iraq reconstruction conference was launched in Kuwait last Monday with the participation of 2,300 companies from 70 countries seeking dozens of investment opportunities to be presented by Iraq at the conference.

A survey by the Anatolia Agency confirmed by Kuwait's Ministry of Foreign Affairs, a number of countries and international organizations pledged to provide support to Iraq worth about 30 billion dollars.

Iraq was counting on the conference to get $ 88 billion worth of investment to rebuild devastated areas and infrastructure as a result of four years of war against state regulation.
According to the survey, Arab pledges and grants totaled about $ 5.7 billion between loans, investments and export financing.

The cost of reconstruction Iraq needs 2.88 billion US dollars for the reconstruction of areas restored from the state organization, according to estimates, announced by Iraqi Planning Minister Salman Jumaili, on Monday.

Iraq needs $ 22 billion urgently, according to the Director General of the Iraqi Ministry of Planning, Qusay Abdul Fattah, during the conference.

"The country needs 66 billion in the medium term," Abdul Fattah said in a speech at the Kuwait Conference for the Reconstruction of Iraq.

The economic expert and professor at the Lebanese University, Jassim Ajja, that the attraction of foreign investment in Iraq, hindered by two things are the deterioration of the security situation and high rates of corruption

Why did Iraq reconstruction pledges come in the face of Baghdad's hopes? 15/2/2018 in government institutions.

In an interview with "Anatolia" from Beirut, Agaak said that the conference to support the reconstruction of Iraq did not achieve the required under the low pledges, compared to the targets of the Iraqi government.

He explained that the pledges made during the Conference could represent a good boost but might not be sufficient, especially as they were only non-binding pledges.

The geopolitical turmoil and the long-running Gulf crisis are putting pressure on the economies of the region, including Iraq, which also has to fight the remnants of state regulation, increasing the burdens of the Iraqi economy and cutting off foreign investment.

Baghdad announced last December, the restoration of control over land that was controlled by the state organization, since the summer of 2014, is completed but still to regulate cells in northern and western Iraq.

While the Gulf is facing a crisis that began on June 5 after Saudi Arabia, the UAE, Bahrain and Egypt cut ties with Qatar on the pretext of "supporting terrorism", which Doha denies.

For his part, economic expert Waddah Alta (an Iraqi resident in the UAE), said that any investment program in Baghdad now will not work. "The parliament is not expressing the Iraqis' aspiration," he said, referring to the corruption still plaguing the economy, as well as the lack of political independence in the country.

He described the pledges and recent financial grants as "no hunger and no hunger" as the investment movement continues to be undermined by the lack of adequate infrastructure, developed land and low communications efficiency.

Altha added that the implementation of the pledges difficult in the current circumstances, explaining that the timing raises many question marks and may be used for election as the parliamentary elections next May.

"The return of foreign investors' confidence in the Iraqi economy will take more time, even recovering from the negative effects of the war with the state," said Mohammed al-Oun, an economist.

"The support of governments is a positive sign that will help to gradually restore confidence, although it was not the desired form," he said in a telephone interview with Anatolia.

He stressed the need for the Iraqi government to promote the good local economy, and highlight development projects with a good return to attract new investors. link

wow, this article seems like a bummer. Finance it yourself with an RI/RV.

Well, the ME hates the West in large part, but they always seem to have their hands out to the West instead of doing it themselves. If they want to rebuild, I suggest they show the world they can do the minimum the IMF has required of them. THEN maybe they get some cred. No one is going to give these corrupt guys a handout anymore.

Funny how they expect something for nothing. It is time for Abadi to step up & release the RI. I find the quote non-binding pledges to be very encouraging. I am guessing that these investments are only honored/usable with an international currency? Without terms being met become void?
*****************
>>>TNTBS's YouTube Channel<<< 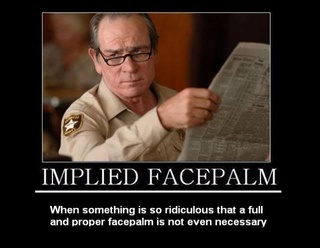 Page 1 of 1
Permissions in this forum:
You cannot reply to topics in this forum
Who is online?
In total there are 115 users online :: 2 Registered, 0 Hidden and 113 Guests :: 2 Bots

Most users ever online was 2065 on Mon Apr 09, 2012 5:34 pm
Latest topics
» Watch this video about how private banks and the Central Bank of Iraq are working to help small and medium size projects access finance and unlock capital to help them grow, create new jobs and expand Iraq’s domestic production capacity. #InvestIraq