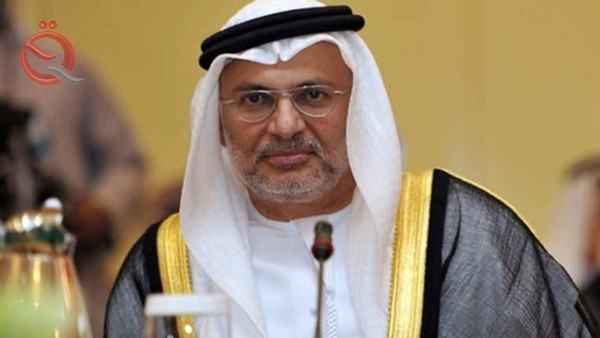 The United Arab Emirates has decided to extinguish the Iraqi government's debt of 7 billion dollars.

In his address to the Kuwait International Conference on Iraq Reconstruction, Anwar bin Mohammed Gargash, Minister of State for Foreign Affairs, said that the support includes 250 million US dollars through the Abu Dhabi Fund for Development for infrastructure projects and 100 million US dollars to support UAE companies. In electricity sector projects in Iraq, and US $ 100 million to support and stimulate UAE exports to Iraq.

It also includes US $ 50 million to support the UAE Red Crescent in its humanitarian efforts and charitable projects in the areas most affected by intimidating terrorism.

During the conference, which was opened by Kuwait's Emir Sheikh Sabah Al-Ahmad Al-Sabah, Iraqi Prime Minister Haidar Al-Abbadi and UN Secretary-General Antonio Guterres, he praised the initiative of the State of Kuwait and the great international response to support Iraq and help it defy reconstruction.

He stressed the historic support of the UAE to Iraq, including the decision to cancel 7 billion US dollars of previous debt in 2008 and a clear political and diplomatic commitment during the past decade.

He pointed out in his presentation to the efforts of the UAE private sector in the reconstruction of Iraq, led by the "project to develop the Al-Rashid camp," which is estimated at 5 billion dollars and provides job opportunities required, in addition to modern infrastructure in the Iraqi capital .. Noting the investment of "DP World" Development of the Umm Qasr Port, estimated at US $ 500 million and other private sector projects.

In its speech, the UAE stressed the importance of the stability and prosperity of Iraq and its main Arab dimension and the necessity of working together and taking advantage of the opportunity to achieve these goals, which is beneficial and positive for the region.

Re: The United Arab Emirates decides to cancel Iraq's debt of $ 7 billion