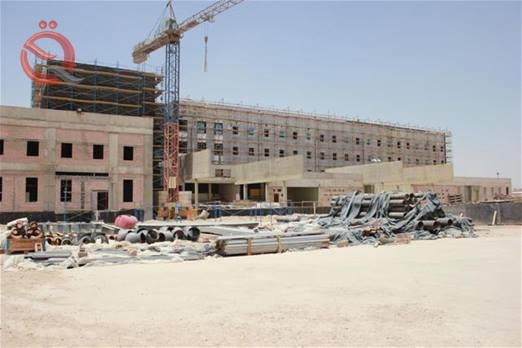 The Ministry of Health signed an official agreement with South Korea's KOICA on Thursday to set up the 100-bed Iraqi-Korean hospital for critical care in the medical city.

The Director General of the Department of Medicine City, Hassan Mohammed al-Tamimi, in a statement reported by the newspaper "Al-Sabah" official and read by "Economy News", "The Ministry and within the plans to increase the number of hospitals in the country, in order to provide the best medical and health services, (KOICA) of South Korea to set up the Iraqi-Korean hospital for critical care capacity of 100 beds in the city of medicine.

He added that the agreement included the location of the hospital so as to ensure its proximity to all hospitals and major emergencies, in addition to rehabilitating the tunnel of the city of medicine for the easy transfer of patients to and to the critical care center (critical), as well as discuss the possibility of providing medical and health staff working in health, Hospital, equipment and training of medical and health staff.

Al-Tamimi said that the delegation will conduct surveys during the visit to assess the preliminary estimates and the implementation stages, as well as taking sufficient information about the provision of equipment and training of the staff, noting that the next few days will see the start of the work of establishing the hospital and provide the initial requirements for him.

He noted that the city, in coordination with the company, has developed a structure of 600 employees from different medical and health staff to complete them as soon as possible and to put them into service, especially that the city of medicine is the largest medical center in the country.