R U trying to recover from Kim-a-phobia confusion?

Here are some searching questions for Kim (im)Possible, I hope she will answer them individually. I suspect she won't.

1. If you are the only one that has the RV codes, where have you been all these years and how did you get them beforehand when the NESARA law was enacted in 2001?

2. Why do you choose to break into the intel business now as a, "here-I-am- to-save-to-save-the-world," sort of person?

3. Why did you choose to contact Tank for your introduction to IDC?

4. If your, "Trust," is the only source of all money, and if they are not Cabal, why have the Trustees only been giving money to the Cabal banking families and institutions and not made available to the average people, the workers (slaves)?

5. How was the “only money in the world,” created, and is it backed by any asset that is established as value to the common people and not part of the Cabal, Financial, FIAT system of control?

5. If you are a lightworker, why would they choose a lightworker to be such a major part of their deceptive financial system of control? We know they are smart, but that seems so inconsistent with all that they are. Unless you were raised Cabal, or professionally invited into the inner workings of the Cabal Agenda, how did you become part of the Cabal Financial System that has beendestroying mankind and the earth? Why did you not try to stop them before posting here on IDC?

7. Who gave your group of non-elected persons the power to act as stewards of the alleged, entire world’s money, and why did they usurp that financial power over the people if they were/are not working to enslave mankind? Obviously, they have no Spiritual connection with the Heavens and are, therefore, working against God. I don't believe any of our IDC Family would participate in such dark activities. Would you agree?

8. Why should we not assume that they are all Cabal operatives hell-bent on killing us and continue their enslavement of the world population that would be left.

9. With the knowledge we have of the dark agenda why should we assume that you are acting for the light when you are in harmony with, and a representative of, the Cabal Financial System?

11. Why should we believe that your castigations are behavior consistent with a lightworker, when it is not?

12. Why do you come to us in the eleventh hour of the RV with a boat load of contrary information that is based on the old financial way of doing business and that causes confusion between the old and the new? Why do you not address the way things will be post-RV, void of the old system of control and enslavement?

13. It seems that you are trying to educate us on a structure that will not survive GESARA/NESARA. Why is this important for you?

14. Why have you introduced the fraudulent or expired use of codes into the conversation, and then by doing so, supplant, our belief in the Chinese Elders, to a belief in your indemonstrable codes that have never been part of any conversation about the RV/GCR before you tied your boat to the wharf of the Tank anti-NPTB movement of non-performance?

15. Did you contact Tank because he was undermining our belief in the NPTB, and you could jump on that undermining without causing disbelief in your solution to the problem of non-performance that was already established -sort of like piggy backing on a deviant path that was already moving forward, and one that served your agenda?

16. To my understanding and amazement, with your statements that are used to invalidate the Elders, you have not addressed Grandfather’s participation in the RV/GCR at all, Why? Grandfather is the highest earthling involved in the final release of the RV/GCR and stands in his position as steward of the RV/GCR hydration process world wide.

17. Why do you keep a narrative of the old Cabal fiat system structure when the new financial gold/asset backed system has been created by the Elders using their accumulated gold? Major opposition is trying to continue the old system and prevent the new system. Why are you always bringing up the old system as if it is relevant in the new system? Why have your valuable codes never been used for the good of mankind?

18. Do you believe in NESARA/GESARA as the new system of governance for every government in the world? Why do you disregard the St. Germain World Trust and it's part as owners of the funds to be distributed when NESARA is publically announced. We all know that these funds are not part of the RV but rather a part of NESARA redistribution of wealth.

19. Do you have currency for exchange? Do you have humanitarian projects planned for the use of RV funds? Will your assumed position, as the one and only way funds can be released, become irrelevant in the new financial system? What part will you play in the projected financial system moving forward with NESARA/GESARA? Will you be part of the oversight control being bantered about by some incompetent intel providers if they are correct with their intel.

20. Why are you dead set on proving and demonstrating the incompetency of the Chinese Elders whose gold stands at the basis of the RV? Is that not what the Cabal want us to believe as well as you?

21. Why do you assume, that the Chinese Communist Cabal Regime, or any other Cabal Regime Government, will survive the, GESARA established non-Cabal Governments, for the 209 nations that SIGNED the Paris Accord on Climate Change?

22. Why is your dialogue (diatribe) focused on the old Cabal structure and not on the new GESARA compliant structures of the future? Do you not believe it will come about as has been outlined since the NESARA act was passed into law in 2001?

23. Why have you disregarded the existent narrative and started giving your version of truth as if it was the only way moving forward? Your position appears very arrogant at the very least, and has created shock and awe, that God would work with only one person to release the RV funds - and all the while, that one person does not exhibit the behavior we believe to be consistent with Light Beings - no compassion, no demonstrated concern or love for mankind. While in comparison, God gave His Only Begotten to establish the new covenant of Love to the earth. This is thesecond most important world event that God has ever created for is children.There is really no comparison as you, Kim, have not demonstrated any harmony with the heavens as a representative of His Divine Love for mankind. Your assumed position of responsibility is questionable and inconsistent with God's way of dealing with such pivotal activity as the redistribution of the earth's wealthover the whole world.

24. Can you give us a reason why you are the “only person,” who has the means of hydrating societies of the world, but have, “Nothing,” to validate your position except pictures that have been shown to be fake? Imposters try that sort of thing.

25. Why would someone of the Light try to fool us into thinking they were real with fake pictures?

26. If you are of the Light, why do you show us crap that exists in the sandbox you play in. You want us to believe in your legitimacy, which is in effect an invitation to dig in the, Cabal’ s**thole sandbox, along with you that has no demonstrated way of moving us into the RV and a future void of Cabal players and minions?

28. Why do you insist that we believe in you when all you present is useless self- drawn, unreadable pictures that prove you represent the old Cabal activities of non-performance and further enslavement of mankind? You have gathered a large following of Tank entrained currency holders who long for relief and NPTB performance before Cabal agents have been securely neutralized. The NPTB will stay the course to the safe, secure release of our funds - as we shall see.

29. Why do you hate us and revile us so? Why does IDC pose a threat to your way of life? We are only acting on what we believe is our chosen path. We are nothing of consequence that would require your negative agenda to be engaged on us.

30. And my last Question: why does Grandfather call you a, “Cabal Beaver,” in response to my inquire of him as to who you are and are you a valid player for the real RV? As you can see, after 37 years of receiving through my own channel, I choose my proven source of information over most others. I do not believe in you. I do not believe in your message nor in your mission here on IDC. You have succeeded in dividing us as a IDC Family and given many a seminar or an education of the way the Cabal divides and conquers. I pray you do no more harm.

Hundreds are waiting on your answer to these questions, Kim Possible. Your answers will give us all a better understanding of who you are and why you came posting here on IDC. If you disregard this post, your unanswered response will give us all reason to cut the string that you have used to tie your boat to the IDC Family wharf, and let you drift on down the River of No Return. This will allow us to put our focus on important more constructive activities such as setting up our humanitarian projects in preparation for the release of RV funds. God and the Alliance will deal with you appropriately, as is always the case.

The challenge is now in your court, Kim, answer to us who you are in a, love light response, that would be consistent with a lightworker, if indeed you are a lightworker. As birds of a feather, we have flocked together - we will know. 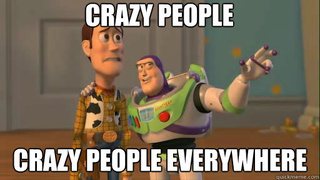