A MAN has been arrested for stealing one hundred trillion dollars — in Zimbabwean currency.

Police arrested a 32-year-old man on Eden St, Adelaide, and found him in possession of notes suspected of being stolen.

Some of the notes found included a distinctive German Deutschmarks printed in 1920, $1000 Korean Wons, 100 Baisa Oman notes, and a one hundred trillion Zimbabwean dollar note.

One hundred trillion Zimbabwean dollar note is worth about $5. 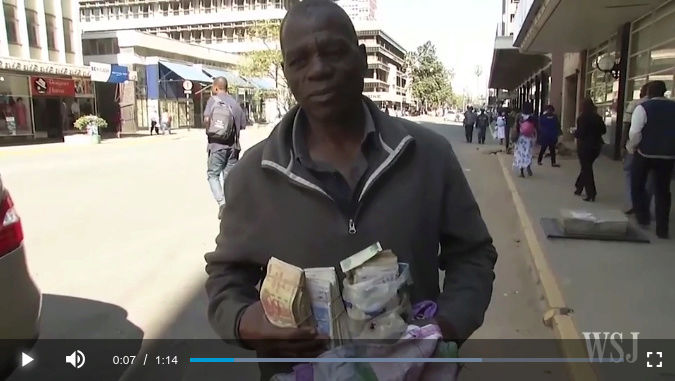 
In 2009, the Zimbabwean Government scrapped the currency, leaving US dollars and South African rand as the main notes and coins in circulation.

To this day, Zimbabwe still has no currency of its own but the one hundred trillion dollar note has gained value, selling for between $20 and $80 on eBay.

The arrested man will appear in court at a later date.