Chalked Cabal (like Kim) must endear herself to a legitimate chalk-cleansed “surrendered to Source” exchanger in order to have any relevancy in the AIIB/CIPS quantum computing asset-backed world.

Covered in chalk, Cabal minions get arrested if they tried to redeem currency, especially on military bases.

Cabal aren’t relevant in the non-SWIFT world. Why? They’d have to be able to exchange their USD for USN. And if their accounts are essentially frozen (because the SWIFT codes are meaningless in the AIIB/CIPS world) where they could look at their “balances” and old, historical paper all day long, unless it is redeemable in the new system, it just becomes wall paper.

Reminds me of what happened to Zimbabwe, but in reverse.

OK - Fireswan, obvious economics 101, what about the Wealth Managers who were trained by Cabal banks and financial institutions, but they’re not Cabal minions?

Consider that they’ve already been identified and trained in the new economics. They’ve learned how to assist and support the “chosen ones”. And, perhaps they’ve been identified as chosen ones themselves. They’re the earlier exchangers with balances that they cannot access until their future clients exchange.

So my common sense tells me that Kim’s SWIFT codes are useless. Sure she can move funds around in the SWIFT system (for now), but when the outdated Microsoft XP server that supports SWIFT is powered off, poof (as zap would say). SWIFT will no longer accept original codes that are unknown to CIPS.

How did you come to this conclusion, Fireswan?

I work in cyber security for a financial services company. I don’t want to bore you with cyber security engineering concepts, but let’s say you need keys and certs to access a system. Without them, no transaction is possible. Kim Impossible to get into the CIPS system from the SWIFT unless the data (accounts) were already transferred over during a data merge before the certs were made. What this means is that the “unchalked” are already recognized by CIPS. Data got transferred. Chalked not recognized as lol - corrupt accounts. That makes sense to me. CIPS has a block chain. That means it uses XBRL to trace all transactions to their origins. Some origins aren’t “signed” and therefore allowed (through XBRL) to be recognized as legitimate in the quantum system.

Makes perfect sense. That’s why she has to hitch her wagon to Tank’s exchange (while trying to convince him that it’s the other way around).

Note to the discerning: always look for emotionally charged character assignations “bad Chinese Elders and Republic” instead of probable, proveable facts based on REAL analysis. I just gave real analysis about why her codes aren’t recognized by CIPS (and she knows it).

How about the simple explanation, her info, like yours, if pure bullcrap. 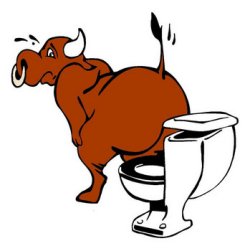