My Response to the IDC Family- Kim “Possible”


Firstly, I would like to thank everyone for your responses to the call last night, both those who liked it and those who did not.


I didn’t post here to “harm” anyone, I did not post here publicly and personally slaying anyone. I only posted here because some of you seemed frustrated I thought maybe you deserved some truth from someone who has been there.


Some of you failed to LISTEN to the call. In response to those people I DID NOT ASK TO GET ANY CODES RELEASED. I asked how we get around the Cabal Owned Bankers for people to receive the funds faster. Not MY funds, YOUR funds. Not my banks, their banks.


Obviously no one liked the fact I had a private conversation with Mr. Rand about how to create liquidity more rapidly so more could receive at a faster pace. So I asked if anyone had an “ideas” on how to move this forward faster. WHY? Because this is YOUR money not mine.


I am not God, although I am a firm believer in our Creator, I believe we are all his children and he is a part of all of us. I believe each one of us, although uniquely different, brings something to this big village we call the “Human Race”. In my opinion, (since all of you so graciously and not so graciously took your time to express yours), if I am in this for humanity exactly as I expressed, and I am a firm believer that the “overlords” which have plagued this big rock we live on should be taken out of power, then I SHOULD be asking all of you how we should move forward, shouldn’t I? Should I be so bold to believe that only I know best? I don’t think so.


Reaching out to TANK was a long shot, I hoped that he, and maybe some of you, were tired of playing the tomorrow game waiting on SOME UNKNOWN PERSON (Chinese or otherwise) to do some release. I thought, well, maybe if the community had the opportunity to participate in some way, be it big or small, to help with the situation and get some liquidity into the system the why not try. How do we get around this 1,000 year old organization? I’ve been working on this since I got this “job”. It IS getting better, but it is not there yet.

I read your frustrations and many of them are the same as mine. So you may not “like” what I posted, and clearly many of you don’t like me from 3 posts and a phone call and that is ok. Like it or not we both are trying to get around this SAME group to get funds to the people. Like it or not most of you realize how important it is to raise the vibration on this planet, and yes, we are running out of time. Does the Cabal know we are running out of time? Yes, at the highest levels they do.


Every time what you call the Alliance moves forward the Cabal pushes back. Does that frustrate you? I don’t know. It frustrates me for sure.


I know those people described in some of your responses.. I have sat in meetings with the “ones” described by ONE of ONE’s post. I had to listen to their lack of compassion for anything human, and if we all erased from this planet they could just hijack everything easier.. Listen to them calculate exactly how many slaves are required to collect resources including Loosh.


We fought we argued, and lets say I am here they are not. The “Three” in the middle.. One of One had it right. I promise you. Their “Dragon Spawn” are no better then they are, and “were” in some cases.


I came here to see if I could get HELP from the NEW POWERS THAT BE. I am one person, I am not a God, not King of the United States, Not the Chosen one or Jesus Incarnate (nor any other biblical character insert name here). I am a person with a job who is asking the rest of this human family to step up and participate. The choice is yours, and clearly from your posts, from the majority of you that is a “NO”. Ok, no problem. Free Will is one of the Creator’s gifts given to humanity, we all have that right.


I knew I could not come to this group without proof. Enough people talk, “provide intel” with NO PROOF to back it up. Many of you have no proof that the Chinese Elders are “benevolent” and most of you have no proof they are “not”. One of One post is correct. Don’t believe me, and don’t believe One of One. Are they God’s Creatures too? Sure. They also have free will, however, I completely disagree that your free will should be dependent on whether or not that “group” exercises theirs.


All that being said, I will leave you with my LAST piece of INTEL and not to disturb the IDC family any further, as apparently I am an “intruder”.


INTEL STORY BEING REPORTED TO YOU: The codes/ 800 numbers will be out on Monday and at the latest Wednesday. Chinese Elders should release codes within 2 weeks.


TODAY: Multiple hack attempts on the Trust being sourced back to a computer within the United Nations Compound at various times today.. ALL OF THEM WERE ATTEMPTS TO ACCESS THE TRUST, all times below are Eastern Standard Time:


2:27pm and 4:48pm WELLS FARGO New York and Wells Fargo San Francisco- Back up Capital Reserve (Thank you CORE Group for sharing the account I gave you to give to the bank, not these crooks) ACCESS DENIED


Access was denied as this party, whom ever they may be, had no agreement to enter and no access codes given. There was no project, no proper request and no codes issued to these people.


Monday you will hear people are liquid, Tier One blah blah. Someone ANYONE who is not YOU reading this is “liquid”, the hopium game is on.. Wed you will be told not yet. Does anyone actually KNOW these “liquid people”??? If so, how many of you have received a dollar for a cup of coffee from your “redeeming family”?? I don’t know the answer to that question, but I can make a good guess. The Admiral is going in!! Hooray! By the way IDC, the Admiral is NOT an Admiral, and the Colonels are not Colonels. I personally take offense to this as my Grandfather served in two wars in the United States Army and was awarded a Purple Heart and a Bronze Star. He earned his title and was proud of his bullet scars. I am proud of him too, God rest his soul.


The reason you are being told the Chinese Elders will release in about 2 weeks time is because Chinese New Year is on February 16th. In mainland people begin traveling to loved ones around a week before and work stops for almost 3 weeks. In Hong Kong it is about a week. Nothing will happen during this time in China, and you will be told this in 2 weeks that it will be after the Chinese New Year.


Don’t believe me, that is ok. Perhaps when the events above come to pass you will understand why I didn’t want these people to be allowed to perpetually lie to millions of you. I too was lied to by these people, they told me they had changed, they said they wanted to help all while talking out of the other side of their mouth.


Today the cabal called with a threat to me at 9:23am, I’ll leave the name out, to tell me I need to join with their new system. Told me I should be concerned about my “health” if I didn’t. So I knew this was coming today, I expected the HACK.


I wish all of you the best, I’ll still stay in touch with TANK as we will still be working. May God bless all of you the way you bless others. And BonnieB, if only “getting laid” would solve the problem I am sure we would be out of this mess by now.. Right Girl? 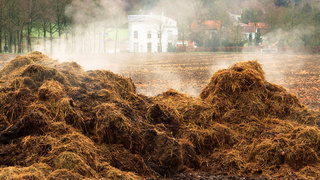