Via email, I have already shared some of my background with Tank, so I will only touch on that for purpose of context herein. This will expose my identity to some, many of whom would oppose me; and I am aware that I may incur more attacks or other difficulties. I take responsibility regarding my outcome...; my innate being is Source, and I am indomitable...

I present a possible solution regarding providing security for purposes of conversion and transition of government, also with the intention of aiding a more rapid realization of the RV/GCR, so that we may more actively, measurably and apparently heal the earth and her people...and all transcend together.

At one point, I was involved at the national level of the people regarding The Republic for the united States of America. Disinformation agents...have falsely labeled it the Tim Turner Republic, when in fact it is of the people/People (those who were sufficiently awake and knowing at the time), the true sovereignty...who were man/woman and God enough to stop forward and take action toward affecting the fulness of sovereignty due every man, woman and child on American soil, with also the intention of affecting the same regarding every man/woman and child on the earth... Such disinformation agents...have also falsely vilified Mr. Turner. I am qualified, having been at his side 24/7 for about two years and knowing him better than most.

In my capacity of a national legislator (of Alabama), one of my contributions/labors of love was introducing a security bill into the legislature. That bill was intensely examined, scrutinized and considered with much du diligence on fit part of my fellow legislators, both the House of Representatives and the Senate. I too was closely examined, including my motives... The people in the legislature handled the matter with excellence. With a few minor tweaks, the bill passed and was signed into law of The Republic for the united States...

After the bill passed, I was offered appointment to the newly created cabinet position of Secretary of Security. I accepted, and my legislative position was filled by another. Later, and for the sake of the best outcome for the people, I resigned my position... I have been misjudged, and have even been called a traitor... Often, of their ignorance, biases, egos and through various fallacies of reasoning, people make reductions and accordingly hold false beliefs...and make allegations/accusations... (Tank and many others of us have experienced this)

Within the context of The Republic for the united States of America, The American Security Act provides authorization for a security organization called The American Rangers, an organization of peacekeepers and protectors having primary obligation to the people, including their government people serving for their good. I was tasked with creating a plan regarding the organization. I have a background with the military, including some aspects of security; and I sought input of other professionals, including law enforcement and security people who were part of the grassroots republic movement. (Judge Anna, consider that an effect of the republican form of government may be the republic)

Part of that plan involved recruitment, training, etc. and a budget projection including startup and beyond... My plan and budget were submitted within the deadline set of the President.

If that work has not been destroyed or lost...or perverted, there is already a plan in place for the needed security mentioned of Kim regarding funds and Jared regarding med beds...; and I have no doubt that it would also fit with what Jared and Tank have in mind. I am making myself available unto Tank, Jared and Kim for discussion and exploration of this matter in the context of creative and do-no-harm solution...

There is one caution that I give: before giving Grandfather or any other any code(s)..., make sure that The Republic for the united States has not compromised the sovereignty of the people through agreement(s) involving the Chinese Elders or other...such that The Order is allowed control regarding the affairs of the people and their government. There may be undesirable strings attached.

I do not support the Chinese Elders' or any other's attempt to be in control, or to otherwise maintain The Order, or its customs and practices.

At one point, a representative of one of the Dragon Families sent a mutual acquaintance with an offer for me to be in the position of the so-called "King of North America". I said, Yes, along with giving notice that I would use the position to help all the people know that they are Gods/gods and are no less royal than you (consider that innate Source-being trumps bloodline). LOL...For some reason, I was not appointed.

Here is a concept for your enjoyment/enlightenment. What is another word for dragon/Dragon? It is Draco. Dragon Family members have presented that it means royalty. Dragon Family is also Draco Family. The Order (mentioned of Kim) is of the Draconian-reptilian Order of dark control: dark/occult overlording... With this come the aberrant superiority and control complex, including the intentions and energies thereof. The Chinese Elders are part of it; though "Grandfather" may be somewhat at odds with others (test: release funding to the people (Source-incarnate sovereigns incarnate) without maintaining The (dark/occult) Order, or its customs and/or practices and/or privileges...while also allow them equality... In connection, Source has placed the so-called codes in the hands of someone who is more aligned with Source intention, which is a means of Source undoing The Order (which is also the cause of much disorder...); and the Alliance and so-called governments and people are yet catching up with Source intention and its creation involving the so-called RV/GCR.

Much of what Jared and Kim have shared match my experience and knowing. What has been presented is yet sketchy. We are all in a discovery/rediscovery process.

Jared, there is a way to create a private trust in an off-ledger approach. It is very simple; and any of us can do it...even on the spot, and without an attorney. Consider that res+delivery with intent and purpose (may involve an indenture, which can be verbal or written on toilet paper...) regarding beneficiary creates a trust; in equity, the beneficiary is considered the real/genuine owner (equitable/preeminent title), even though there is a trustee (mere legal title only in accord with the intent and purpose of the grantor (God of the trust arrangement)). We have been falsely programmed via programs/tactics/etc. of The Order; and we sovereign beings need not a statutory (public person involving fiction) or common law (allowing TheOrder/Vatican/bloodline/etc. rule and fiction). Regardless of Roman perversion, trust does not necessarily involve death (God does not die; and equity/God is superior to law...). Law is for lowness; and its current state will pass along with the so-called Republic (a merely transitional device). In essence, what is equity? It is equality, involving fairness/justness (no fairness/justness without equality). The Order does not desire equality, thus...legal persons, common law persons... The stuff/scheme is deep and wide and dark...

Jared, I would enjoy helping with the Med Bed situation. Take note that the Nambe people in New Mexico are yet sovereign, and they have an area north of Santa Fe. We need more knowledge and education regarding off ledger possibility with credit unions. It is possible that funds are commingled, incurring commercial risk. Perhaps Judge Anna and Kim will help us discover and know more about this.

I love you all. And I take joy in being with you in this transition.

Great another screwball appears, they remind me of cockroaches .... only one way to handle them ... 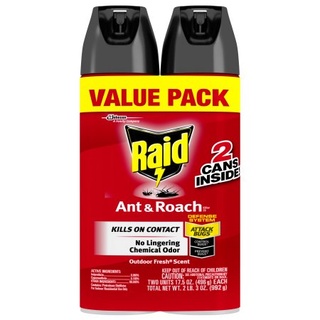