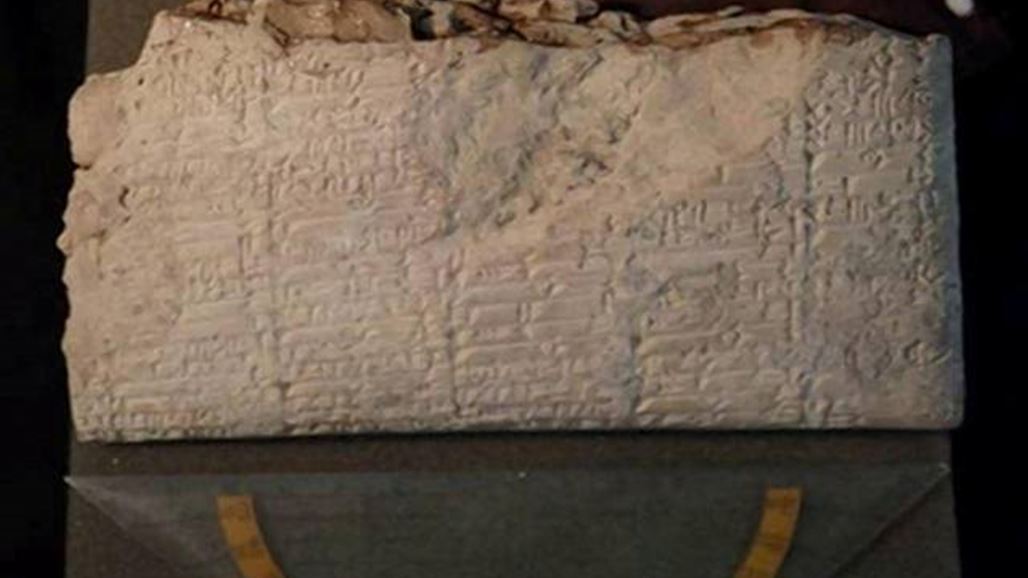 BAGHDAD (Reuters) -
US federal prosecutors revealed on Thursday that the United States had confiscated 245 religious artifacts smuggled from Iraq .

"Hubei Lope's shops in Long Island state have handed over 245 religious relics smuggled from Iraq voluntarily to the US government," The Daily News reported in a report.

"In July of 2017, the craft shop in Oklahoma City agreed to pay a federal fine of $ 3 million and confiscated thousands of ancient Iraqi religious artifacts smuggled from the Middle East that the government claims were purchased in December 2010, And deliberately subjected to import abuse. "

The newspaper quoted "American lawyer Richard Donogo to say that the pieces that were handed over were part of this agreement."

"The Christian theologians in the store have long been interested in the Bible in the Middle East," she said, noting that they "began to collect important historical manuscripts, monuments and other cultural materials from the region in 2009, according to a civil complaint filed in New York in 2017 "He said.

"The head of the store, Steve Green, owns one of the largest collections of religious artifacts in the world and built the Bible Museum in Washington , DC, which opened in November."

She pointed out that "The Ministry of Justice of America. "

Said the complaint, according to the newspaper, said that" the store where site in Commack stores opening in Massapequa Park and Bay Shore, according to the company website - agreed to buy more than 5,500 archaeological pieces in December 2010 compared to $ 1.6 million. "

The note that "a trader in the United Arab Emirates shipped packages containing the antiques of three different addresses of companies in the city of Oklahoma City. Five cargo intercepted by US customs officials carried freight stickers that falsely claimed that the country of origin of the artifacts was Turkey. "

"In September 2011, the same store received from an Israeli merchant a deal containing about 1,000 mud clay, an old form of registered registration, accompanied by a false declaration that his native country is Israel."

"The store agreed to fine and confiscate thousands of tablets and bricks written in cuneiform, one of the oldest writing systems, as well as other artifacts that prosecutors say were shipped without proper documentation."

Hmmm ... interesting, a little garbled though if I am deciphering correctly, someone smuggled artifacts into the country and tried to sell them to Steve Green as legit ... hard to be sure though ....
*****************
Trust but Verify --- R Reagan

Similar topics
» Iraq welcomes return of stolen, smuggled artifacts
» Al-Kazemi: About 5,000 artifacts will return to Iraq
» An economic specialist for / Nina /: The political will and America are the ones who are able to return the smuggled money
» The entry of smuggled agricultural products to Iraq
» UN ready to help Iraq recover his money smuggled