Just like I've been saying for four years now the swamp is starting to be drained and NO that doesn't mean that all of a sudden a bunch of yahoos who bought Iraqi Dinar and Zimbabwe Zim are going to be trillionaires. Instead we're being freed from a menace that has been whispered in the halls of government throughout the world for at least hundreds of years and we are the witnesses to it so that we will never let evil take over the planet again.

All hell is breaking loose in Washington D.C. tonight after a four-page memo detailing extensive FISA court abuse was made available to the entire House of Representatives Thursday. The contents of the memo are so explosive, says Journalist Sara Carter, that it could lead to the removal of senior officials in the FBI and the Department of Justice and the end of Robert Mueller's special counsel investigation.

These sources say the report is “explosive,” stating they would not be surprised if it leads to the end of Robert Mueller’s Special Counsel investigation into President Trump and his associates. -Sara Carter

A source close to the matter tells Fox News that "the memo details the Intelligence Committee's oversight work for the FBI and Justice, including the controversy over unmasking and FISA surveillance." An educated guess by anyone who's been paying attention for the last year leads to the obvious conclusion that the report reveals extensive abuse of power and highly illegal collusion between the Obama administration, the FBI, the DOJ and the Clinton Campaign against Donald Trump and his team during and after the 2016 presidential election.

Lawmakers who have seen the memo are calling for its immediate release, while the phrases "explosive," "shocking," "troubling," and "alarming" have all been used in all sincerity. One congressman even likened the report's details to KGB activity in Russia. “It is so alarming the American people have to see this,” Ohio Rep. Jim Jordan told Fox News. “It's troubling. It is shocking,” North Carolina Rep. Mark Meadows said. “Part of me wishes that I didn't read it because I don’t want to believe that those kinds of things could be happening in this country that I call home and love so much.”

Rep. Peter King, R-N.Y., offered the motion on Thursday to make the Republican majority-authored report available to the members.

“The document shows a troubling course of conduct and we need to make the document available, so the public can see it,” said a senior government official, who spoke on condition of anonymity due to the sensitivity of the document. “Once the public sees it, we can hold the people involved accountable in a number of ways.”

The government official said that after reading the document “some of these people should no longer be in the government.” -Sara Carter

Immediately #ReleaseTheMemo #FISAMemo & ALL relevant material sourced in it. Every American needs to know the truth! We wouldn't be revealing any sources & methods that we shouldn't; only feds' reliance on bad sources & methods.

— Lee Zeldin (@RepLeeZeldin) January 18, 2018
The classified report compiled by House Intelligence is deeply troubling and raises serious questions about the upper echelon of the Obama DOJ and Comey FBI as it relates to the so-called collusion investigation.

— Ron DeSantis (@RepDeSantis) January 18, 2018
While the report is classified as Top Secret, I believe the select committee should, pursuant to House rules, vote to make the report publicly available as soon as possible. This is a matter of national significance and the American people deserve the truth.


Florida Rep. Matt Gaetz (R) echoed Sara Carter's sentiment that people might lose their job if the memo is released:

a
Deputy AG Rod Rosenstein
“I believe the consequence of its release will be major changes in people currently working at the FBI and the Department of Justice,” he said, referencing DOJ officials Rod Rosenstein and Bruce Ohr.


Meanwhile, Rep. Matt Gatetz (R-FL) said not only will the release of this memo result in DOJ firing, but "people will go to jail."

Rep. Matt Gaetz (R-FL) on FISA memo: "I think this will not just end with firings, I believe there are people who will go to jail!" #ReleaseTheMemo pic.twitter.com/7pxs2mEBQ5

But wait...I thought Trump was a transsexual clone soon to be removed by Mueller so Paul Ryan could be sworn in as President of the New Republic?

@ReapAndSow73 wrote:But wait...I thought Trump was a transsexual clone soon to be removed by Mueller so Paul Ryan could be sworn in as President of the New Republic?

U sure didn't hear that from me lol. That was Tank and Yosef sprouting that garbage. The "New Agers"

which this site Steve Beckow and Dave Schmidt is involved with went so far as to say Obama for the eight years he was POTUS was a white hat who was going to bring down the deep state. Matthew

who died and his mom Suzy Ward channels him predicted in the spring of 2007 that Obama would be POTUS even when he was unknown and Hitlary was the front runner.

That really impressed me and I followed Matthew for years waiting for Obama to take down the deep state lol, but now it is happening and Obama will end up in prison along with the Clintons, Bushes, and a host of others

Tank & Co should be taken down saying POTUS is a transsexual clone.  Totally disrespectful against the only POTUS doing as he promised making America Great Again.

The "R" must make these paper public & take all of them, FBI, DOJ, O'bummer administration, Clinton's, Mueller, and all gov traitors. This may be to only way to bring them all to a public arena and be judged. As being found guilty of all charges, then 'flocked' by the public.


Otherwise, ALL of them including the bitch Killary will be let go scott free as usual.

The fisa bullshit started with the patriot act and was Bush's baby. Sure Obama continued it but give credit where credit is due. Don't be nieve. Its the oldest trick in the government's playbook; divide and conquer. If you think trump is better than Obama or Obama was better than bush, you're fooling uoursel.

I have found that ALL, AND I MEAN ALL, people who have slammed fellow Americans for saying negative things about a Republican President because the suppossed respect that every American must show their president, Toby Keith, Ted Nugent, miscellaneous cabbageheads like the one above, have absolutely no issue when a democratic President gets the same treatment or even worse. Goodbye credibility and any notion that you'rer a true patriot and not a fudging moron

Painkiller wrote:I have found that ALL, AND I MEAN ALL, people who have slammed fellow Americans for saying negative things about a Republican President because the suppossed respect that every American must show their president, Toby Keith, Ted Nugent, miscellaneous cabbageheads like the one above, have absolutely no issue when a democratic President gets the same treatment  or even worse. Goodbye credibility and any notion that you'rer a true patriot and not a fudging moron

U need to read the articles in "Down The Rabbit Hole". I clearly show that it all goes back to Bush Sr who was head of the CIA when he became VP of Reagan who was shot four weeks into his presidency by Bushes best friend son.

Bill Clinton was friends of Bush Sr when he became POTUS

Bush and Kerry are Skull and Bones brothers so Kerry didn't care with losing the POTUS
http://www.telegraph.co.uk/news/worldnews/northamerica/usa/1453205/The-secret-society-that-ties-Bush-and-Kerry.html

Obama was groomed to become POTUS by Soros and the rest of the deep state ilk
https://www.theblaze.com/contributions/what-obama-and-i-learned-at-columbia-how-to-destroy-america-from-within

Tell us what Obama did before college, U can't because none of us knows.
Clinton was supposed to win and keep the sins of the deep state from coming out. "She even had a fireworks celebration ready to commence Nov 8" SURPRISE

https://www.c-span.org/video/?c4657014/trumps-executive-order-impacting-traffic-victims and now he's taking down BOTH parties in congress with the illegality of everything they have been doing. Why do u think that some republicans are against him?

It's because they are swamp critters and he's cleaning the swamp and a lot of them will go to prison after it's cleaned!!!!! 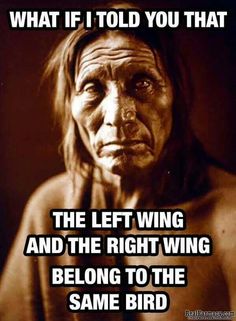 Painkiller wrote:I have found that ALL, AND I MEAN ALL, people who have slammed fellow Americans for saying negative things about a Republican President because the suppossed respect that every American must show their president, Toby Keith, Ted Nugent, miscellaneous cabbageheads like the one above, have absolutely no issue when a democratic President gets the same treatment  or even worse. Goodbye credibility and any notion that you'rer a true patriot and not a fudging moron

You're credibility was shot when u made your first post FOOL but u had to make a second one to make sure your credibility is totally shot. U were one who probably cried when the traitor Clinton lost and when traitor Obama gave the presidency to the first patriot since Reagan took it from the deep state
WAKE UP FOOL YOU'VE BEEN PUTTING YOUR TRUST INTO A BUNCH OF TRAITORS AND CRIMINALS WHO WILL END UP IN PRISON!!!!