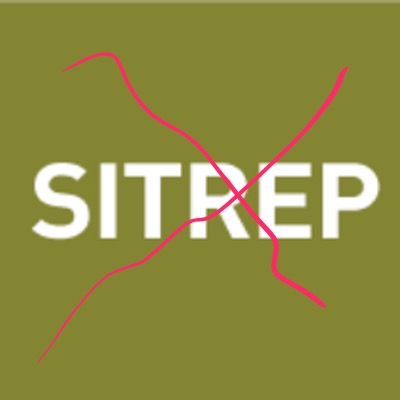 -There’s no stopping the global release mechanism now that the political fuse has been lit starting the RV.

-An RV practice run went off well last week Friday (Dow at 19.999.69) as they stress tested all the release protocols for what we believe to be an anytime this week release after markets close on Friday.

-The RV is scheduled to release anytime before January 15th.(ah January 15th now thats familiar, no?)

Here you go 24 pages more of Sitrep's. Just find the one from last year for Applicable month, rinse it off, give it a quick shake and back it goes to the public as a new sitrep for 2018.

Now are these so called intel providers doing more damage then good?

Maybe they should read their old sitreps before posting?

Here we are January 16, 2018 and now they say its gone be on the Chinese New Year! They said that last year too

Time to stop the BS, same nonsense repeated each year for what? To control this community? Intel National Enquirer? How is Brad Pitt and Angelina doing?

Here is some real intel: the banking system is being restructured, it takes time, it took longer then it should yes thanks to the banks, new rules had to approved and signed, that has happened. You cannot have the gcr as per the old system with corrupt rules, your money would vanish.

Last factions of the cabal are being snaked out, that is not complete, could the gcr be used as final bait, yes.

Will you get trillions, billions, millions or thousands post redemption has been the talk of late, they really didn't want joe public involved or have you not noticed, lawsuits pending so its to late for no public involvement.

The truth is some have redeemed, there are humanitarian trust funds out there and have existed for years but the funds are watched and controlled as only so much money is allowed to flow out. But who controls the funds? Are the funds used by 'them' to funnel money to corporations, construction companies, developers so they can stuff their own pockets? Only crumbs for the poor, while they feast and feed each other.

well interesting reading here the thing i don't believe anything the guru's have to say the GCR i do not believe in and no  one else should!!!

here my thing about as a hole they never show fact's to back up what they post ( because the don't have it ) sometime i would like to go read the Article they say they have read but every time i try to look them up it always go to another guru's site, USELESS

how can i believe what they are saying with a record like that, answer: I can't and no one should i have just about stop going to any site about the dinar because of the useless posting

this is a good site keep up the good works Admin's

The GURU "IMHO" and "article quote" comments raise serious questions of credibility.  Further, tracing the "quoted" language often leads to articles written by semi-literate authors, or articles which are ancient news, bearing no relevance to the current status of the dinar.  The real sources of credible information regarding the "imminent" RV, RI, or whatever change might be coming seem to be silent on anything dealing with the currency itself.  Rather, what seem to be credible resources from which to draw information speak primarily to real events from which the student of the IQD may infer positive or negative feelings only.  Many of those sources are public reports by U.S. Government entities which are careful to avoid bringing any attention to the currency situation.

It would be nice to find a real source--perhaps a real individual inside Iraq--whom we could count on to go to an ATM, attempt a transaction and tell us in English what, if anything, actually occurred in the transaction.

Any thoughts on this?