Could this be Nick V. Fleming, Rico Expert???  Surely Steffen wouldn't have a conman has his partner?  LOL

"There is gold in them there hills." That was the common cry from prospectors during the California gold rush to California in the 1800s.  While prospecting claims were necessary to drive a population to the American West, and provide labor forces that would ultimately pull wealth from the mountains and mines and push that wealth back into the economy via purchase of goods and services, eventually the boomtowns went bust, and prospecting claims yielded less and less gold.  In today's day and age, very few people would consider themselves gold prospectors, and the majority of the population would probably look upon them as having something seriously wrong with them mentally.

Nick V Fleming is a new type of prospector in the American West.  While is website and associated videos (narrated by cartoonish graphics in a semi-creepy, kidnapper asking for a ransom style) go into great detail regarding the legal hurdles that he has faced in his establishment of a legitimate claim to the rights of treasure that might be found in the Caballo Mountains in Truth Of Consequences New Mexico, his project (Tesoro Del Alma) is far more fantasy than fact, and is in fact a new kind of "mining for gold." What Nick V Fleming does to "find treasure" is circulate a myth about a vast Spanish gold treasure buried in the mountains which he has supposedly secured the legal rights to, and asks for investment in the fake project in order to steal investor's money.  Because there is no treasure (it has been sought by believers for a hundred years, don't you think someone would have found some evidence of something in all that time?) and because Nick V Fleming is actually in the business of perpetuating the belief that is "just hasn't been found yet" Mr. Fleming continues to circulate lies about his progress towards securing vast amounts of wealth on the internet, duping dreamers out of investment dollars in exchange for a share of the riches.

Tesoro Del Alma is more of an internet project than a "mining claim" or a "treasure trove claim." Please note that there has never been a successful "land-based treasure trove claim" that has allowed the claimant to actually keep the found treasure in America.  By Nick V  Fleming stating that he has "cleared every legal obstacle" actually is a meaningless statement because if hundreds of millions of dollars in gold were actually discovered, that would be the point of the legal battle starting as to the validity of the claim, not simply filing what you believe is the correct paperwork and stating to investors that everything will be fine.  Tesoro Del Alma has filed paperwork, and at this point there is no challenge on the legality of the claim because nothing has been found to fight over, nor will anything ever be found.  Nick V Fleming isn't actually looking for anything except investor dollars.

Savvy investors do research into the people they invest with.  Nick V Fleming is easy to find on the internet, and several watchdog websites have great amounts of information about him, Tesoro Del Alma and the investment scams associated that have literally bilked innocent people out of millions of dollars.  For example, you can read a Dun And Bradstreet Ripoff Report filing and the comments about this thief here: http://www.complaintsboard.com/complaints/tesoro-del-alma-fraudulant-company-c628028.html

Nick V Fleming and his Tesoro Del Alma project are not legitimate investments.  Even if he did somehow discover gold in New Mexico, he cannot lay legal claim to it, and the court battle would surely wipe out any investment that could be made.  This is not an argument worth having, however, as there is no treasure to be found.  Nick V Fleming is a three time convicted felon who has multiple judgments against him ranging from cease and desists to slander claims.  He is also a suspected child molester who is rumored to have attempted to seduce a 12 year old boy via an internet chat board.  Nick V Fleming is a criminal, and Nick V Fleming is the only one getting rich here.  He will give you a "Tesoro Del Alma" mini-football if you invest several hundred thousand dollars with him, however.  Sounds worth it.

Did you know that TANK was KICKED OUT of the ACH Group??? 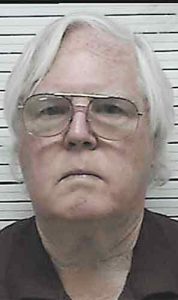 Is this the same Fleming that is giving us all the INTEL NOW?

Page 1 of 1
Permissions in this forum:
You cannot reply to topics in this forum
Who is online?
In total there are 199 users online :: 2 Registered, 0 Hidden and 197 Guests :: 2 Bots

Yesterday at 6:52 pm by RamblerNash

Yesterday at 6:43 pm by RamblerNash

Yesterday at 6:37 pm by RamblerNash

Yesterday at 6:19 pm by RamblerNash

Yesterday at 5:16 pm by GirlBye

Yesterday at 5:10 pm by GirlBye

Yesterday at 3:52 pm by GirlBye

Yesterday at 3:15 pm by GirlBye

Yesterday at 3:05 pm by GirlBye

Yesterday at 2:57 pm by GirlBye