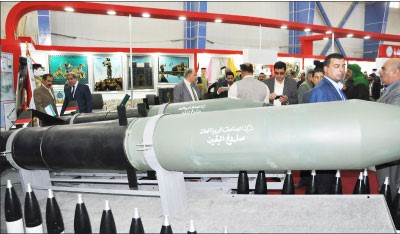 The Parliamentary Finance Committee revealed the presence of more than 200 government companies, mostly losing companies, while noting that these companies weigh the budget of the Iraqi state through the payment of salaries to its employees, confirmed the Federal Ministry of Industry and Minerals that it will be able to promote and rehabilitation of companies suspended production only through investment.

A member of the Finance Committee parliamentary Najiba Najib for the "range" "The Iraqi state spends annually about 4 trillion dinars on the salaries of employees of companies losing from the public sector."

Najib said that "this annual amount weighs the state budget, despite the fact that it suffers from fiscal austerity and weakness in the economic and service aspects," asserting that the committee "called the federal government to liquidate those losers because they did not give financial returns to the state.

"There are more than 200 government companies, most of which are losing companies."

For his part, Undersecretary of the Ministry of Industry and Minerals Makki al-Badiri told "Al-Mada" that "the ministry will not be able to promote its losing companies except through the private sector and investors."

He added that "the government did not rise up losing companies," adding that "

He said that "the doors of the private sector and investors are impossible to advance the companies of the ministry," noting that "the work of the ministry at this stage is to solve problems and not the rehabilitation of companies."

He explained that "the issue of production and development of lines and bring new machines to companies can not be the Ministry of Industry to provide financial possibilities for them," pointing out that "the investor is cowardly capital and looking for financial profits."

Al-Harithi said, "If the government changed the general managers on the losing companies and nominated competent and fair figures, the work will be promoted by most of the losing companies." He added that "some losers have become profitable after the change has been made."