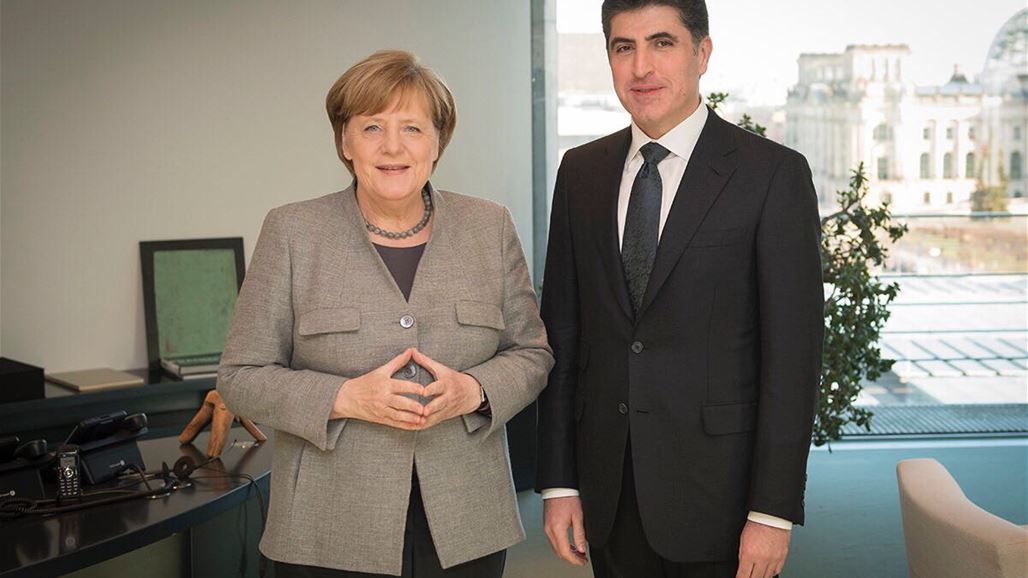 Alsumaria News / Erbil
The German Chancellor Angela Merkel on Monday, her country's support for the constitutional rights of the Kurdistan region within the framework of Iraq , while the delegation of Kurdistan said that the survival and protection of the region is important to consolidate stability in the region.

The Presidency of the Kurdistan Regional Government said in a statement received by Alsumaria News, a copy of it that "German Chancellor Angela Merkel received today in Berlin, the Prime Minister of Kurdistan, Najran Barzani and the accompanying delegation of Deputy Prime Minister Qubad Talabani and head of the Office of the Presidency of the Kurdistan region Fouad Hussein," indicating that " Merkel expressed her hope to make every effort to begin the dialogue between Erbil and Baghdad to find solutions to the problems with Iraq.

He said that "Baghdad has not responded yet," stressing the need for "friendly countries to offer their cooperation to Iraq and the Kurdistan region to enter into dialogue."

The delegation called for "the support and cooperation of Germany to the steps of the Kurdistan Regional Government."