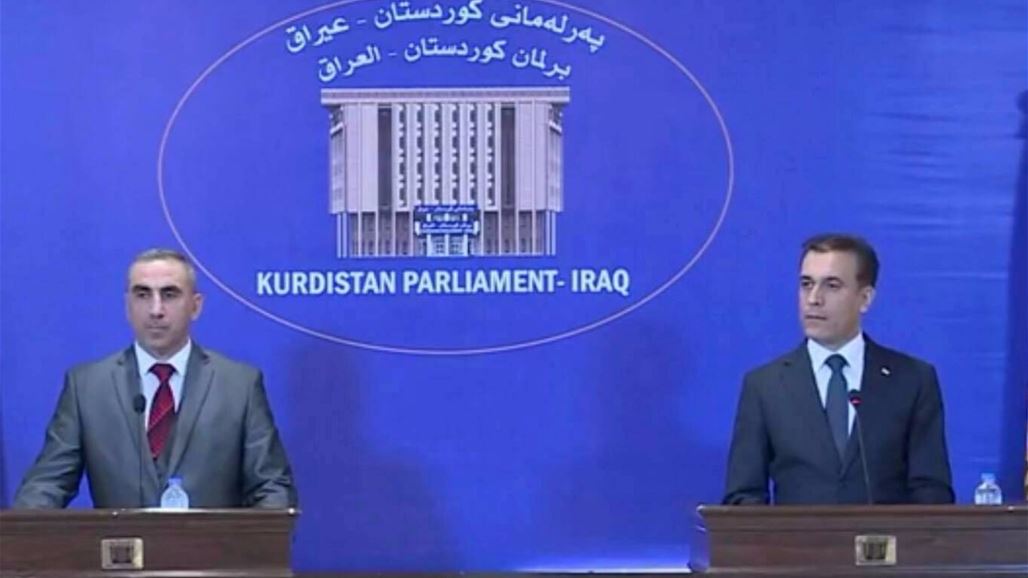 Alsumaria News / Erbil
announced the Kurdistan Regional Government , Wednesday, she can pay one salary only from the remaining salary for the current year, pointing to the provincial government will not be able to pay monthly salaries next year , according to its timing in imports and not to send Baghdad 's budget region.

Rahim added that "the provincial government will review the payrolls and will try to grant salaries to the beneficiaries only," pointing out that "there is a new project on salaries will be submitted to the Parliament with a view to reforms in this file."

The head of the Kurdistan Regional Government, Najirvan Barzani and his deputy Kibad Talabani and a number of ministers of the region held a meeting today with the Presidency of the Parliament of the region and parliamentary committees and heads of blocs, indicating that the meeting discussed the financial situation and directions of the region and how to distribute salaries during the coming period.

According to informed sources in the Kurdistan region that the government of the region has paid so far the salaries of the month of August of this year, as well as its decision to cut the proportion of 30% to 40% of salaries of employees two years ago.

The Kurdish region is suffering from a severe financial crisis, as the Kurdistan Regional Government has not been able to pay the arrears of salaries of its employees for a long time, and officials attribute the financial crisis to the decline in oil prices and outstanding problems between Baghdad and Erbil on oil files and the budget and the war against "dashing" Half a displaced person and a refugee.

Similar topics
» The Finance Committee reveals the fate of the salaries for the remaining months of the current year
» Parliamentary Finance
» Kurdistan: Providing salaries from our priorities next year and decided to sell used government vehicles
»  The accumulated salaries of civilian retirees during the current year
» Kurdistan Parliament calls on the regional government to prepare next year's budget instead of this year