The quantum hosted website with the 800#'s and exchange info is ready for activation. This website was created after China launched their "first" quantum satellite last year as soft disclosure.

(NPTB are working up to a specific moment/date... the RV release is not a fluid situation).

The Middle East is going through the last "trial by fire" with Trump recognizing Jerusalem as Israel's capital. This was planned months ago to introduce a two-state solution for Israel and Palestine thus ensuring peace in the Middle East.

(This announcement was planned. If you’ll notice they didn’t say where the new embassy would be built, West or East Jerusalem. Because their will be two embassys built in Jerusalem. One for Israel and one for Palestine. That’s why WW3 didn’t break out. The Palestinian Authority knew what was coming and why and kept the peace. If anything, Trump’s announcement was part of his surrender terms to save face).

Worldwide peace (no wars) and Cabal containment have always been the primary requirements for the RV release.

(Correct. There must be real and lasting peace. Everywhere. All go or none go).

Authorities under the orders of the Republic are cleaning up the streets in D.C. prior to initiating the mass indictments.

(Ok. Can’t confirm this which is pretty easy to confirm. There will be no public mass arrests. Less is more in terms of press).

The Galactic's have set a deadline for the Alliance (Elders/NPTB) to initiate the indictments, release the RV, and achieve world peace before Christmas.

(The “galactics” are in charge and telling the human alliance of elders how and when to proceed).

The Alliance remain under immense pressure by the Galactic's and continue to meet on a daily basis for plan and action to reach the deadline.

(So dramatic. More like suggestions that must be executed to proceed to the next step).

RV release scheduled for today if requirements are met.

(Keep reporting intelligence and offer suggestions not hard performer mandates or else.). 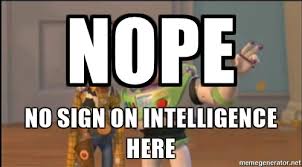