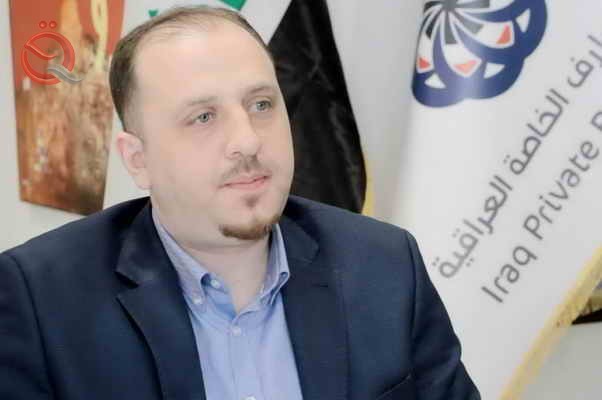 The Iraqi Private Banks Association announced Wednesday that about three million Iraqis will set up a bank account over the next two years because of the project to settle salaries of state employees.

The Executive Director of the Association of Private Banks, Ali Tariq in an interview with "Economy News", "The project to settle the salaries of public sector employees of the important projects that will withdraw funds stored in homes and deposited in the banking sector, which reflects positively on the development movement," adding that "Around three million Iraqis will establish a bank account within the next two years working in the public sector to receive their salaries."

The Central Bank of Iraq estimates that home money is about 34 trillion dinars and represents more than 70 percent of the currency.

Tarek explained that "the government is forced to put the salaries of employees in the bank two days before the distribution of salaries," pointing out that the project to settle salaries of projects that the World Bank.

Tariq pointed out that the banks participating in the settlement of salaries increased their number one and became 15 banks after the accession of the Islamic Bank of Iraq and that the doors open to all banks operating in Iraq to enter into this project, provided the possession of the infrastructure.

The Iraqi government expected the completion of this project during the next two years, which will avoid Iraq losses annually up to 8% of GDP because of thefts and damage to the currency.

The executive director of the Association of Private Banks, said that the project to settle salaries is compulsory for all state employees except for the security services.

Tarek announced that after the completion of the public sector will be the trend towards companies operating in the private sector.