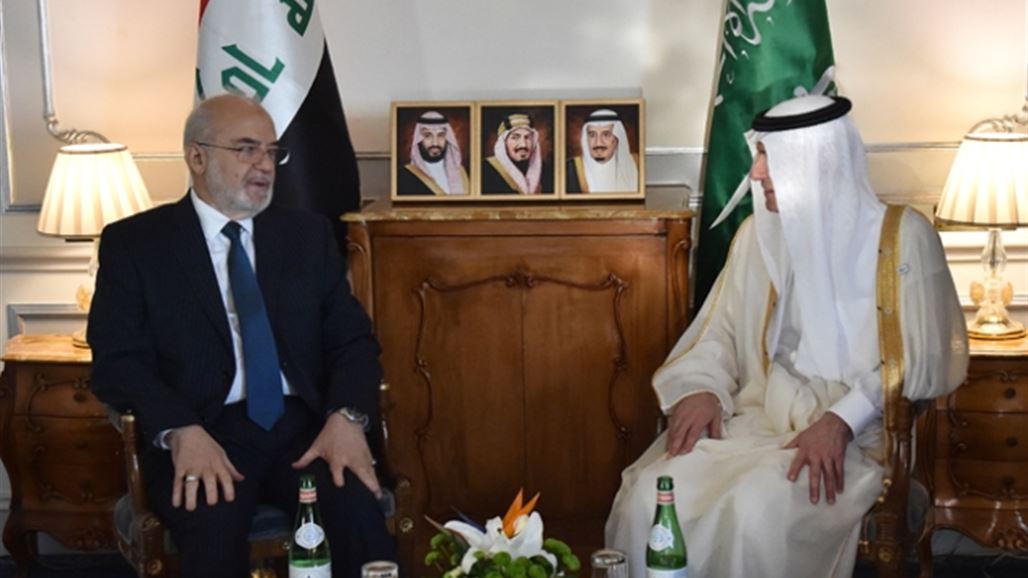 Alsumaria News / Baghdad
, said Saudi Foreign Minister Adel al - Jubeir , Saturday, it was Tugel the Saudi Embassy in Baghdad to facilitate the granting of entry attributes for Iraqis wishing to perform Hajj, stressing his country 's quest to open two consulates in the provinces of Najaf and Basra .

Foreign Minister Ibrahim al-Jaafari said in a statement that the latter met with Saudi Foreign Minister Adel al-Jubeir on the sidelines of the meetings of the Mediterranean Dialogue Forum Rome-Med 2017 to be held in Rome.

The meeting also reviewed the bilateral relations between Baghdad and Riyadh, means of strengthening them to achieve the interests of the two peoples, the need to exchange visits between the two countries' officials, and stressed the importance of concerted efforts to ease tensions, For the return of security and stability to the region. "

" Iraq has achieved great victories against the terrorist gangs and is now looking forward to the brotherly and friendly countries to contribute to the reconstruction of the infrastructure of the Iraqi cities," Jaafari said , calling for "working among the countries of the region to find solutions to resolve the crises that Storming the region, spreading the spirit of peace and security, and cooperation. "

For his part, al-Jubeir said that "the Kingdom is serious in contributing to the reconstruction of Iraqi cities and increase the volume of investment." He added that "the Kingdom's embassy in Baghdad was instructed to facilitate the granting of entry visas to Iraqis wishing to visit the Holy Mosque. Two countries. "

The Saudi foreign minister went on to say that "the Kingdom is seeking to open a consulate in Najaf and Basra."

The Hajj and Umrah Authority announced on Saturday (January 14, 2017) that Iraq has received a new increase in the number of pilgrims this year, indicating that the number of pilgrims increased by 8518 over the last season, noting that Saudi Arabia agreed to adopt the real census of Iraq and 33 million and 690 thousand citizens in 2013 instead of 31 million.