Article:  "The largest US banks .. Praises the performance of Iraqi banks"  [Corresponding banks are the key to this moving forward. The USA banks have linked themselves with Iraqi banks so when the time comes for a reality rate EVERYONE is on the same page.]  BINGO!...And this process continues to move forward, and closer to that time...

payray wrote:Article:  "The largest US banks .. Praises the performance of Iraqi banks"  [Corresponding banks are the key to this moving forward. The USA banks have linked themselves with Iraqi banks so when the time comes for a reality rate EVERYONE is on the same page.]  BINGO!...And this process continues to move forward, and closer to that time...


The largest US banks .. Praises the performance of Iraqi banks 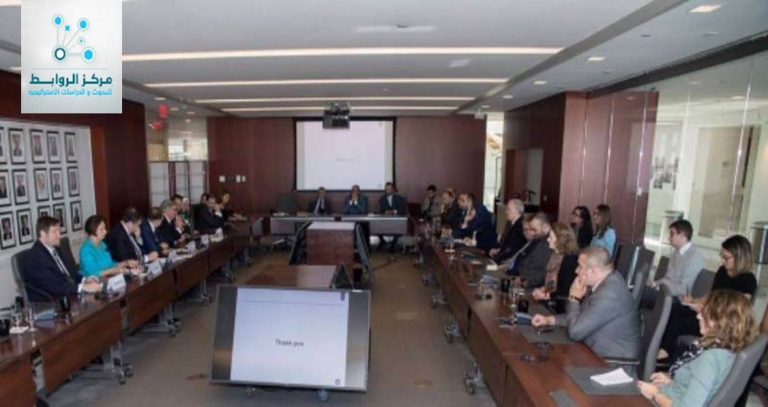 At the invitation of the Governor of the Central Bank of Iraq Ali Mohsen Ismail al-Alak of the UN Security Council; to attend a meeting in New York Tuesday, October 17, 2017 with members of the Council in the United Nations building, in a gesture is the first of its kind where the relationship was the first central bank governor in the world to attend Such meetings.
The meeting dealt with the management of the Central Bank of Iraq in a studied scientific manner and its experience in combating money laundering, terrorism financing and economic development. Members of the UN Security Council commended the work of the Bank in the difficult circumstances of the country.
The Center for Strategic Studies, the US, that the global media, has played a negative role in the transfer of a clear picture of the Iraqi market during the past years, stressing that there are many positive aspects and opportunities for investors.
The Middle East official in the bank "Citibank", which is one of the largest banks in the world, the reassurance of US banks to Iraqi banks after the reform steps by the Central Bank of Iraq to combat money laundering and punish offenders and pursue, and support development.

The Association of Iraqi private banks, said that "an Iraqi bank delegation discussed with a number of banks and financial institutions operating in the United States of America opportunities for cooperation between the parties," indicating that "the delegation included 17 private banks and Rafidain and industrial banks and the Executive Director of the Association of Private Banks Ali Tarek and a number of advisers the Nexus".

The Iraqi delegation at the American Strategic Studies Center held a meeting with the American side, which included the US Treasury, US banks, the OPEC Foundation and American financial institutions to discuss the Iraqi economy and the challenges facing it. The meeting issued a statement that the global media reflects a negative image of investment in Iraq during the past years. Has significantly affected the entry of foreign companies in the Iraqi market, "noting that it contains a large positive and a great opportunity for investors to work in it.

He explained the Executive Director of the Association of Private Banks Ali Tariq achievements of the Iraqi banking sector, despite the challenges faced during the current period, "and the difficult conditions experienced by the country from the war against terrorism, and low global oil prices, and the destruction of infrastructure in the provinces that were under the control of Dahesh, The reconstruction campaign and the displaced.
He stressed that the work of banks in a continuous development and seeks to reduce the use of cash in the transactions of life through projects operated by the Association of Iraqi private banks in cooperation with the Central Bank, such as the project of financial inclusion and the settlement of salaries, which is an important projects that the Central Bank to implement in the transfer of cash transactions To the electronic age, and this project is implemented on the basis of a decision of the Council of Ministers end of 2016, to be integrated with a set of measures that the Central Bank has succeeded in the past two years to achieve, and includes the project to open accounts for all employees of ministries and government institutions In the banks and will be the bank is the guarantor of these salaries, in the framework of enhancing the financial coverage and the dissemination of banking services to all segments of society, which eliminates the risk of theft, loss, fraud and damage upon receipt of salaries.
Tariq said that the first phase has been successfully implemented by settling the salaries of the Central Bank employees through a number of banks selected according to a set of criteria for technical and financial evaluation and services to be provided to the employees and with high transparency. The contract was signed between the Central Bank and the selected banks, And issuing bank cards linked to employee accounts.
There are a number of important economic dimensions that will be defined by this project, including the enhancement of financial coverage and the expansion of financial services, and strengthen the confidence between banks and citizens, which increases the dealings with banks as the proportion of those who have bank accounts in Iraq currently does not exceed 12% of the population.
The project contributes to facilitating the process of paying salaries through banks, which lead to faster circulation of money and thus reduce the current contraction due to the financial crisis, and the collection of large amounts of banks that can be benefited through the strengthening of liquidity, and part of it in the channels of credit for productive projects, Business and exit from what is known in terms of economic liquidity trap area.
And Tariq that "private banks are working hard to be balanced with government banks through deposits, and the enactment of decisions to stimulate government departments to deal with private banks," stressing that "Iraqi banks implement the law on combating money laundering and terrorism and instructions on compliance and risk management.

"The US banks now have greater confidence in the Iraqi banks, especially after the positive steps of the Central Bank of Iraq to combat money laundering and punish violators," said Bank of Iraq bank official Denis Flannery. "US banks are considering working mechanisms and cooperation with Iraqi banks and projects. Which provides a smooth flow of work. "
According to the statement issued by the Association of Iraqi private banks, "the continuation of regular meetings with the US Treasury and foreign banks, specifically the US with the establishment of an annual forum between Iraqi and American banks."
Founded in 1812, Citibank is one of the largest banks in the world and is the banking arm of Citigroup and operates in more than 100 countries. Citigroup is the largest bank in terms of deposits in the United States followed by Bank of America, and JPMorgan Chase.