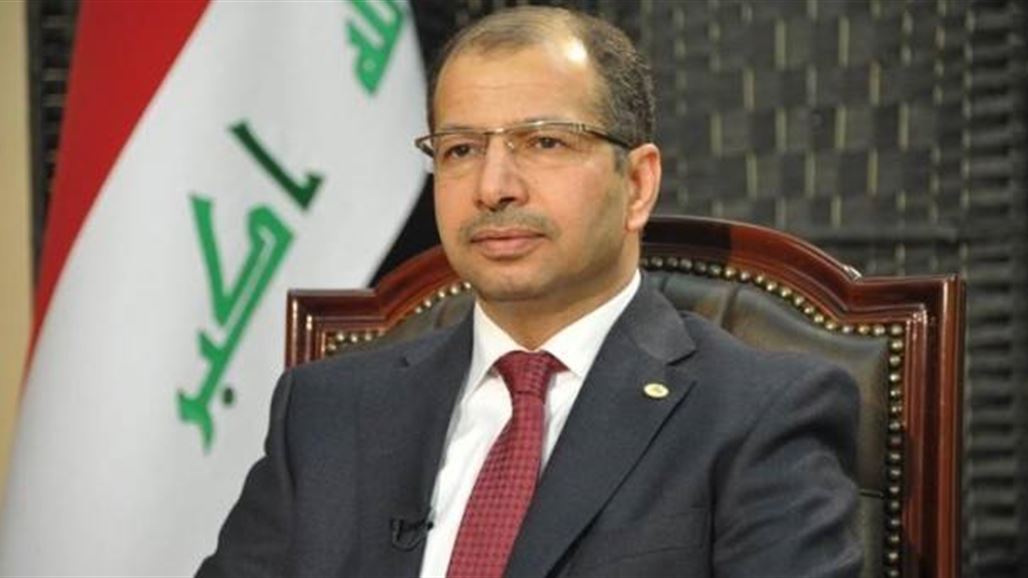 Al-Sudouri News / Baghdad
The Information Office of the Speaker of the House of Representatives Salim al-Jubouri said on Sunday that the latter and the alliance of forces will hold a "comprehensive dialogue" with political leaders in the coming days, while the problems and outstanding issues will be discussed "to prevent further crisis."

The press office of the Speaker of the House of Representatives in a press statement received Alsumaria News a copy of it, "In the light of developments on the Iraqi political scene, and to view the views and views and try to crystallize ideas and visions aimed at resolving the crises and encirclement and correct them towards détente and solution, MPs Salim al-Jubouri with the leaders of the Alliance of Iraqi national forces are conducting a comprehensive dialogue in the coming days with a number of political leaders in the country as well as a meeting with the Prime Minister. "

The office added that "the problems and outstanding issues will be discussed in the Iraqi arena to prevent further crisis and to lay the foundations for dealing with crises and problems, in addition to maintaining a comprehensive and constructive dialogue between the political parties and reaching a unified vision of the challenges facing the country."

"The meetings will include political and official leaders and national symbols and all actors and actors in resolving the crisis."

The relationship between the federal government and the Kurdistan region of tension, after the last referendum on the separation on the twenty-fifth of last September, prompting the head of the central government Haider Abadi to impose several measures, including stopping international flights at Erbil and Sulaymaniyah airports , all.

Similar topics
» Abdul-Mahdi: I will lift the parliament request for my resignation
» Al-Haddad: We call for a comprehensive national dialogue between all political forces and blocs and with the participation of representatives of the demonstration squares to emerge from the crisis of forming the new government
» Abadi Office calls on political forces to provide the atmosphere for the return of the parliament
» Parliament is expected to meet leaders in lost time/What we are witnessing is a test of mental power, the political in the current situation, especially with the departure of U.S. forces/
» Jubouri's intends to conduct a "comprehensive dialogue" to contain the Iraq crisis