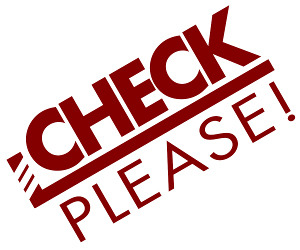 Tactical teams (SWAT) have been told to report for joint "training" exercises nationwide this evening after 8pm EDT.

And we know what training means in this world. Action Jackson!

Oh the USD is ending Friday in the banks and Saturday on the master sovereign ledger. Hilarious.

Did you know Donald Trump is President?

No joke. And 66 million people voted for him. Sad joke.

65 million of those voters believe everything is gonna remain the same next week. The other 1 million just like Trump's hair.

Thank heavens we have Wells Fargo and myopic internet gurus to guard our wealth.

It's all too much. Check please!

Our elected leaders are frauds. Our corporate government is on life support.

Our currency has defaulted. Our infrastructure is crumbling. Our President is orange.

And then there's New Orleans 9th ward, I mean Puerto Rico. Which after two category five hurricanes devastate 3.6 million American citizens the US Military is held back intentionally to additional and create untold suffering.

There's no more time for the American cabal players to play. Arrest, death or surrender and then walk away are their choices.

This weekend ends their timeline. And begins ours! Yippeeee!

The off site redemption centers will be able to process all privates before Tuesday 8am--per the bank memo.

Monday is a travel day for bank personnel heading back to their home bases.

So we are in a crazy good window starting at 9pm EDT tonight going through the weekend.

Meanwhile hundreds upon hundreds are subscribing daily to Human Angel Services (HAS) in order to get into line for future humanitarian project fundings and personal debt relief.

One of the core tactics of lying gurus is to make the most outlandish claims possible - so outlandish that people actually start to wonder, "Man, that's so insane, maybe he is talking about something that's actually true."  It's not.  Yosef is a liar, and he's not even a good liar, because he has contradicted himself 100 times.

Next week will come and go with no change.  Trump will still be POTUS, and will remain in that role for a minimum of 4 years.  He is not a transgender, he is not a clone, he is not under house arrest, he did not sign USN into effect, he did not resign and have his resignation letter entered into the Congressional record.  Yosef has made all of these claims, and has been wrong 100% of the time, without exception.

Yosef should offer 100% free access to his website if he is wrong about the RV launching by Oct 1.  Remember, he said Asian elders who run the world guaranteed it.  People can get into line for funding humanitarian projects free of charge if he is wrong.

Yosef should also reveal his true identity if he is wrong about the RV launching by Oct.  Remember, he said Asian elders who run the world guaranteed it.

Why does Yosef give a window, then subtly say Tuesday is now the day.  He said this weekend, then it leaked into Tuesday, then he said things would be wrapped up by the 15th of October.  So when nothing happens next week, he'll claim, "We are next, has to be done by the 15th, all the evil cabal agents have been jailed or murdered or squished under a giant house than was swept up in a man-made tornado, and all that's left are precious hollow-earth alien ruby slippers."

Yosef is the embodiment of prevarication, and is a colossal dipshit.  There's a 3-star general leading 50,000 military members in Puerto Rico, providing relief right this second.  You're an idiot.

Oh my! Did Yosef just say that? LOL


Who goes by the name Showme on the calls? Todd Boschee!


Who just had a problem with their computer because of all the sign-ups to the HAS site? Todd Boschee!


Guess what? Did you know Todd Boschee was a marketer?


Do you know one of the products he is marketing?


Take a look for your self. Do you see Showme's (Todd Boschee) picture at the top left corner? 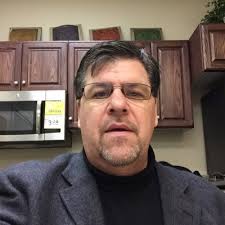