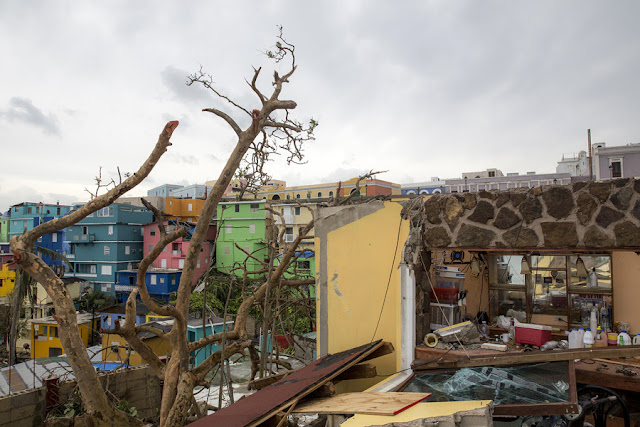 As many of you know, Philip, Debbie and Hannah live near the coast of Puerto Rico that was devastated by Hurricane Maria this past week. After hearing from Bluwolf that Philip and family headed to the hills just prior to the Hurricanes landfall, thank God for this awesome news. We had not had any contact since that time. Well that changed this afternoon when I was driving home.

I was in my car and all of sudden I could hear a man's voice from inside my purse. It was my iPhone and I could tell it was working with blue tooth that I had just turned on last night. I looked down at my phone Philip Tilton appeared on my blue tooth with a green line, he could get no phone service but looked for people he knew in the Outlaws or Dinar Community that had their Blue tooth and locations turned on that is how he appeared on my phone today. I could barely hear him, but just seeing him trying to make contact made my heart smile. Wanted to share with the community what had happened as it took me by surprise as well. The good news is he was able to make contact and let us know he is safe.

Philip has a daughter, Hannah that is handicapped, she requires life support through a generator that uses fuel. So if you are trying to get in touch you may want to try using the blue tooth on your telephone as its easy on an iPhone, just pull up the bar from bottom of phone that shows Wifi, Blue Tooth and a flash light.

The Outlaw group has been speaking with MediVac and they are working to find a plan to make sure that the Tiltons' are safe and sound and have the fuel and supplies they need to sustain or move if necessary. Thought a brief update might make it easier for those of us that are worried to at least know that he is safe. If you can donate to the different sites for the safe care of his family that would be wonderful. Philip works hard to keep us updated with the RV and I am sure that he is just as worried about us as we are about him. I included the updates below for Puerto Rico.

Please understand Philip's family did not get flooded because of the dam's opening, he lives a short distance from the beach on the other side of the Coast where the dams are located. His house is flooded from the Hurricane Maria storm surge. The Outlaws are doing our best without our leader and I want to thank Tank for working so hard to give us leadership and Intel in Philip's absence. To the rest of the Outlaws, thanks as a group for banding together to make it work. So far we have raised $6655 of the $10,000 we are trying to raise which I think is amazing for one days effort.

We love and appreciate everyone for their help and support.

From the Outlaws Group 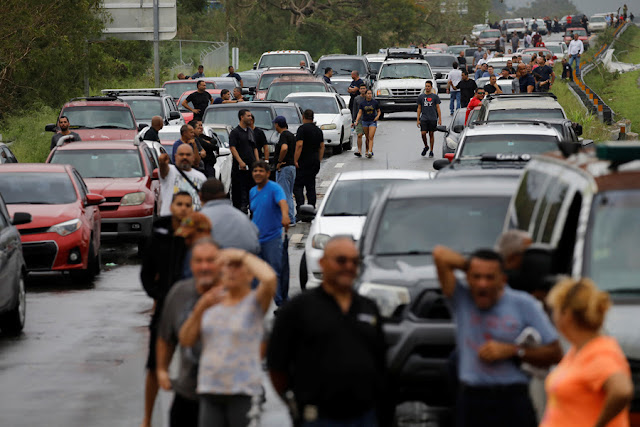 The U.S. National Hurricane Center says people along the Carolinas and the Mid-Atlantic coasts should watch the progress of Maria.

The storm is about 285 miles (460 kilometers) east of Great Abaco Island in the Bahamas.

The hurricane center said Saturday that tropical storm or hurricane watches may be needed for a portion of the Carolinas or Mid-Atlantic coast on Sunday.

Maria is a Category 3 storm and is expected to stay off the East Coast, but the system is generating swells along the southeastern coast.

The death toll from Hurricane Maria in Puerto Rico is now at least 10.

That number includes two police officers who drowned in floodwaters in the western town of Aguada. The number of deaths is expected to climb as officials from remote towns continue to check in with officials in San Juan.

Authorities in the town of Vega Alta on the north coast said Saturday they had been unable to reach an entire neighborhood called Fatima, and were particularly worried about residents of a nursing home.

Officials say the humanitarian crisis is growing as towns are left without fresh water, fuel, power or phone service.
___

Dozens of anxious mayors are arriving to meet with Puerto Rico's governor to present a long list of things they urgently need after Hurricane Maria devastated the island.

They mayors they are worried about hospitals, a home for the elderly and bridges that have collapsed.
Jose Sanchez Gonzalez, the mayor of the north coastal town of Manati, says he needs basic supplies such as water, ice and gas immediately.

He says hysteria is starting to spread and the hospital is at capacity and people are going to start dying.
___

Forecasters say Hurricane Maria is causing dangerous surf and rip currents along the East Coast of the U.S. after the storm devastated Puerto Rico.

The U.S. National Hurricane Center said Saturday that the storm's winds had decreased to 115 mph (185 kph).

Maria is a Category 3 storm and is expected to stay well off the East Coast, but the system is generating swells along the southeastern coast. The waves will increase along the Mid-Atlantic coast Saturday night and Sunday.

In Puerto Rico, officials are rushing to evacuate tens of thousands of people living downstream from a failing dam.

Puerto Rican officials could not communicate with more than half the towns in the U.S. territory as they rushed to evacuate tens of thousands of people downstream of a failing dam.

Authorities launched an evacuation of the 70,000 people living downstream from the Guajataca Dam in northwest Puerto Rico, sending buses to move people away Fridayand posting frantic warnings on Twitter that went unseen by many in the blacked-out coastal area.

I was in my car and all of sudden I could hear a man's voice from inside my purse. It was my iPhone and I could tell it was working with blue tooth that I had just turned on last night. I looked down at my phone Philip Tilton appeared on my blue tooth with a green line, he could get no phone service but looked for people he knew in the Outlaws or Dinar Community that had their Blue tooth and locations turned on that is how he appeared on my phone today.

Oh yeah? Well why didn't you go and speak to him face-to-face seeing as you were so close?