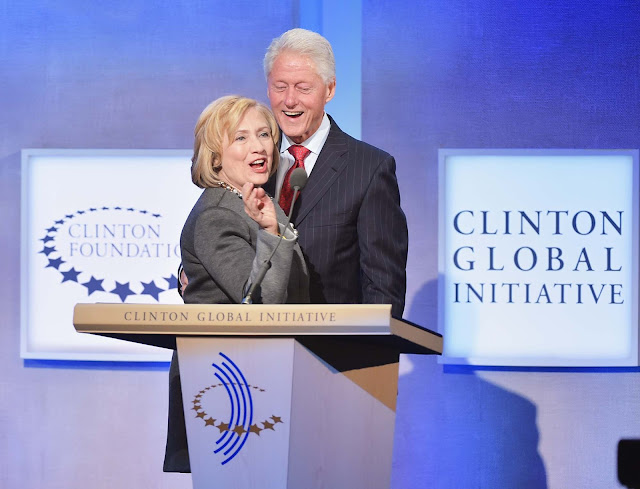 There are three areas of jeopardy for the current orange president:

Illegal consorting with senior Kremlin officials to help him win the 2016 Presidential elections.

Russian criminal elements feeding Trump money by buying his properties over the past 10 years.

The deeper problem here is not about Trump however, it's that "Crooked Hillary" was 100x worse than Trump on these same issues running a "quid pro qou" bribing system through the Clinton Foundation for over two decades.

Translated: An overwhelming majority of Americans are sound asleep when it comes to all things politics.

Meaning, the US population, just like the North Korean population, has little to no idea of how or why the world actually works because of a lifelong media brainwashing campaign waged against them, all be it unknowingly.

Don't get mad at them. Don't argue with them. Just pray for them.

Because as the truth of what America really is slowly reveals itself courtesy of the China, Russia and restored Republic, folks are gonna freak.

They already are and we're only 10% into the disclosure campaign.

And that wake up call will be so psychologically crippling for so many millions of American lives, it pains me just to imagine the coming fallout.

Comey perjured himself, and used state-issued equipment to leak info.  Double whammy.  Mueller, who stonewalled the 9/11 commission investigation and screwed the families of those who were killed on that day from their day in court, cannot use FSA court wiretapped intel against Trump because there was no wiretap sanctioned to eavesdrop on Trump.  Manafort's wiretap info is inadmissible in court to use against Trump.  Obama illegally had Susan Rice unmask officials throughout the process, and the wiretap, 'evidence' against Trump was gathered illegally.  Furthermore, Mueller will be forced to recuse himself.  Been saying it for months, and it will happen.  His, 'evidence' against Trump condemns both Podesta brothers and Hillary's pay to play CF scam, so, uh, no way Mueller will go anywhere with this nonsense.  IT IS POLITICAL M.A.D. THEORY,  Yosef has no clue.  Clapper perjured himself, Comey perjured himself, Clinton perjured herself, Abadin perjured herself, Podesta perjured himself.  Folks, if they keep trying to get Trump they all crash and burn.  It ain't happening.

Explain how the campaign colluded with Russia, please, I beg you.  The info that destroyed Hillary was from her emails, her campaign's emails and her DNC emails...leaked, from the inside...so, uh, no.  But nice try.  Obstruction?  Then Comey lied AGAIN when he said there was no live OR pending investgation.  So, yeah, you're wrong again Yosef.  POTUS has the constitutional right to fire the FBI director as he sees fit.

Money laundering???  OK dude.  So let's say Trump broke laws in doing deals overseas.  Sorry, pre-dates his election and does not rise to the level of high crime or misdemeanor while in office.  Can't prosecute, can't impeach.  Trump should pay for illegal business dealings, but it won't be while he is POTUS (else GWB and Bill and Obama would all have been indicted while POTUS).  And Hillary won't be indicted either...because it's Mutually Assured Destruction, and it ain't gonna happen...so all of this absolute NONSENSE about Russia is really smoke and mirrors compared to what the Obama administration did in acquiring wiretapped info against a POLITICAL OPPONENT...so, uh, ya still think Obama is in charge of the RV and GESARA?  LOL!!!

Did you know that, if you acquire permission to wiretap via FISA secret court, you cannot use that to indict?  Did you know that?  So you think that by asking for FISA permission to spy on Manafort, the FBI can use whatever they hear outta Trump's mouth against him?  You sure?  Check the FISA statute and get back to me on that.  ;-) (here's a hint - a FISA warrant only allows eavesdropping/spying to gather intel on what the FOREIGN ENTITY is saying...you cannot use anything said by Manafort or Trump against them in court...).  So...was there a traditional warrant?  Then Trump was spied upon, and he will be indicting Obama-tenured people left and right.  Clapper, Comey, Rice, Cohen, Lynch, and yes Clinton, Podesta and Abedin - all would be subject to a massive investigation and subject to indictment.

Ya still think Trump will resign in a week, Yosef?  LOL...