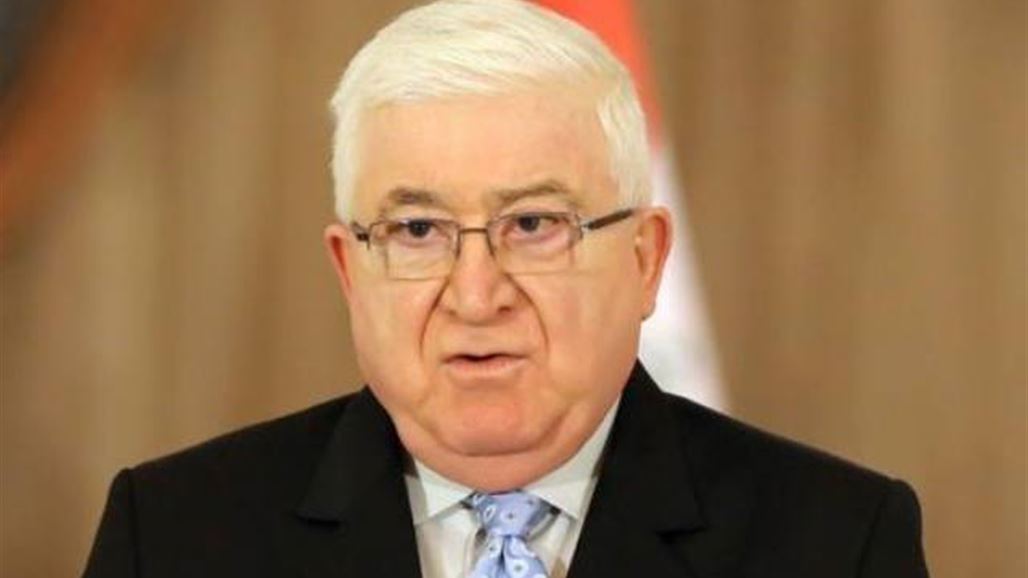 Alsumaria News / Baghdad
criticized the Presidency of the Republic, on Saturday, statements described as "irresponsible" targeting President Fuad Masum on the backdrop of divergent positions on the issue of the referendum to be held in the Kurdistan region , stressing that he is doing all his efforts to strengthen relations between the parties concerned and call for more dialogue to end Outstanding problems.

The press office of the presidency said in a statement received by Alsumaria News, a copy of it, he criticized "irresponsible statements recently issued by parliamentary sources and media and targeted the abuse of President Fuad Masum against the backdrop of divergent positions on the issue of referendum in the Kurdistan region," stressing that the infallible " Very much the words of the Iraqis to ensure the implementation of the provisions of the Constitution and not shift with one side against another of the parties to the political process. "

He added that "the President of the Republic is making all his efforts to strengthen relations between the parties concerned and call for further dialogue to end the outstanding problems, focusing on the priority of protecting the Constitution and ensure the implementation of its provisions," noting that the President "is not a political spokesman to give his opinion daily in the emerging events In the national, regional and international spheres. "

"The president stressed the need for more dialogue between the parties to the political process and all Iraqis to resolve any outstanding or emergency disputes or problems," the office said, declining to question the president's principled and firm positions.

The Bureau warned of "efforts aimed at pushing political differences between our people to the stage of explosion and turning to conflicts do not need the country at all," adding that "the unfortunate press statements made or echoed by some in this regard involve a blatant misrepresentation of public opinion and the lack of Sometimes against the presidency. "

The Information Office of the Presidency of the Republic renewed the call to "take care to launch such irresponsible statements that may harm the reputation and security of the country and its supreme interests, regardless of the narrow self-motivation of the owners," while welcoming "any constructive criticism or inquiry in this regard."

The media office of Prime Minister Haider Abadi Announced on Friday that the federal government will not abide by the results of the referendum on the independence of the Kurdistan region to be held on the twenty-fifth of this September, noting that Baghdad does not want to enter the "internal conflict," while stressing the lack of any desire to accept the idea of ​​independence in the country.

Similar topics
» The Financial Committee describes the statements of one of its members as "irresponsible."
» The President of the Republic: The targeting of Basra is a desperate attempt to destabilize the country
» The President of the Republic issues a statement on the referendum of Kurdistan and launches an initiative for dialogue
» Abadi Office: Disabling the adoption of the budget is irresponsible
» Russia refuses to divide Iraq and a statement describing the "Biden" in this regard as "irresponsible"