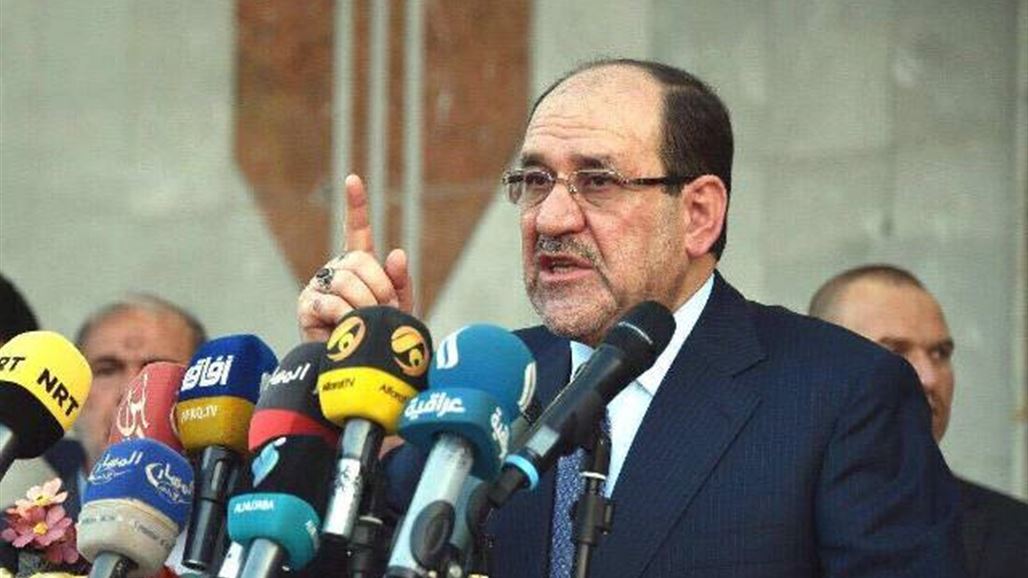 " The reform of the political process will be through the political majority project," Maliki said in a speech during a meeting of tribal gathering in Babil province, followed by Sumerian News, noting that "the formation of a majority government based on principles and basic and clear foundations is the best solution to solve Iraq's current problems and put it back on track Arab and international. "

Maliki said that "the upcoming elections will be the seperate in the future of Iraq," adding that "political rivalries and rivalries between the blocks formed for the parliament and the government are the weak point in the implementation of any resolution, especially if it has a political, national and regional dimensions."

Maliki warned of "the start of the political coup in light of the voices calling for the abolition of the elections or delayed," pointing to "the existence of attempts by some to underestimate the importance and the magnitude of the victories provided by our armed forces and our popular mobilization."

"The next battle will be the battle to build the Iraqi society and restore the cohesion among its people, in addition to the return of the areas destroyed by the terrorists, especially since the displaced who returned to their areas are suffering a difficult economic and social situation need," he said. To a real stop of everyone. "

He stressed that "we must be aware of the dangers of the next phase because we will face new schemes of the demands to divide Iraq and stir sectarian strife among its components."

Vice-President Nuri al-Maliki demanded earlier to maintain the regime and protect it from gangs and militias, while noting that the post-"da'ash" would be more complicated because the thief of revolutions will try to cause a "political coup."