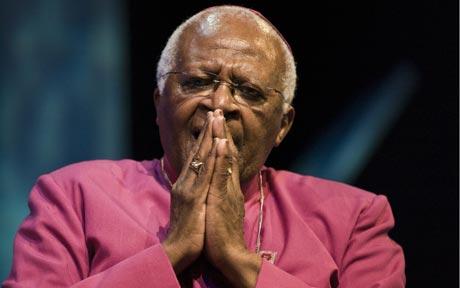 People ask me why currency is still being sold online if it's so valuable?

To put more money on the streets? Yes. But no.

To discharge all bad debt as to covert it into new digital credits to hydrate the new system? Also yes, but also no.

The reason is to teach the life mastery lesson of enslavement.

The Elders are releasing yet trapping as many white males as possible with the blessing of infinite wealth, and at the same time burdening them all with the unknown bondage of controlling the world's wealth.

Yosef, you done lost your mind. Best to check yourself before you wreck yourself.

Still I propose they are teaching the entire western world (Anglo-Saxons) a life mastery lesson about the illusion of monetary blessings with the burden of managing Christ's wealth (aka spiritual enslavement).

Just as they were once asked to endure the same burden when accepting protection responsibilities for the global collateral accounts over 400 years ago.

Think about it, who owns the vast majority of currency globally--white males including over 67% from North America or Europe alone.

Then consider the plight of the mega lottery winner (any gender and color) who suddenly has so much wealth it throws their entire world into a tailspin until they fall face first into substance abuse, jail or poverty.

That's not to say the Elders don't want this money on the streets because they do, and they must give it away, but most to all redeeming ZIM will be instantly enslaved the second they redeem their currency.

Regardless of color, culture or gender, that scope of burden will destroy them because it's like winning the lottery... everyday.. for the rest of your life... and for all the generations that follow.

But again, white American, Canadian and Christian males have it all figured out--just ask them. And they account for over two thirds of all the ZIM purchased on-line and/or gifted.

Yet aadly, they have no clue they are in store for a service contract for the remainder of their lifetimes.

And service to the poorest of the poor.l--who don't look, act or think like them at all... just by sheer default of their volumous of new wealth.

Incredible that such an infinite blessing also comes with infinite burdens--but in truth, that's what the ZIM opportunity truly represents. Lifetime enslavement in economic mercy for generations.

Pure realized and unconditional love. Christ. As He was promised and delivered and now returns again.

Knowing this fact, who in their right mind would go to such a redemption appointment in order to spend a lifetime in service to the world's poor and oppressed peoples of color?

The chosen ones that's who. Not the 99 percenters. And definitely not the profiteers. They will all be destroyed in time by redeeming the ZIM.

Most white males simply do not understand this as fact however.

Yet that's the whole RV deal, and why ZIM currency continues to be sold on-line; as all who redeem will ultimately be economic servants of third world populations and nations ... just as the Elders have been and are no more, and why it's taken then so damn long to deliver upon the RV.

Is that kind of career servitude you want for your life? Is why you got into the bonds or currencies in the first place? Are you really a global economic minister of mercy committed to a philanthropic way of life for the rest of your life?

Sure hope so. I really do. Because if not, don't redeem your ZIM. In fact, burn it.

As redeeming even one ZIM bond note automatically enrolls you into such an earthly enslavement, disbursing perpetually the wealth of the Messiah.

Also, if that is what the actual ZIM blessing / burden metaphor represents, both a permanent release of colored races from earthly enslavement, and the instant enslavement of Anglo Saxons who foolishly think they know more about managing Christ's wealth than ancient Asian Keepers who have lived for hundreds of years with such a burden... then this really is a transition of destiny's versus a transaction of commerce.

Most Anglos in general have no clue as to the burdens attached with disbursing the true love of Christ. Yet most to all believe they got a pretty good handle on things.

Many will quickly find out they don't and never had such a spiritual grasp. But the choice is theirs to make by universal law. Sobeit.

So to all the Anglos reading this post, you would be wise to remember the famous quote of South African Bishop Dr. Desmond TuTu, who said:

"Be nice to the whites, they need you to rediscover their humanity."

Perhaps the ZIM is such a rediscovery mechanism, and by assisting in the delivery of economic mercy from a top down versus bottom up approach, the white race will finally learn the most important lesson... we are all equal in the heart of Yahweh. One.

What a pathetic, disgusting post by this fraud.  Yosef has deep-seeded guilt about being white, and paints an entire RACE with a broad brush.  Whites don't understand the love of Christ?  Whites need to be taught a lesson?  ARE YOU KIDDING ME?

So, let's have real talk for a second - Asians and Russians are not people of color.  Africans enslaved other Africans for generations.  Egyptians (uh, Africans) enslaved Hebrews for 400+ years and built an empire.  What the hell are we talking about here?  Yosef thinks all evil stems from Anglos?  No, evil stems from evil.  Zimbabwe?  Have you LOOKED at the atrocities committed by Mugabe and his treacherous regime?  How about Saddam?  Assad?  Kim jon Un?  Mao?  Idi Amin?  Stalin?  Did their race matter?

This guy tries to twist and warp the Word of the Living God in order to manipulate weak-minded currency holders.  How many non-Anglos signed up for his Clarion Call scheme?  You think 2/3rd of all US-based currency holders are white?  You sure about that, or just pulling stuff out of your ass to try and bolster your pathetic argument.  Maybe Zim is still being sold for pennies because it's worth pennies, and it's ONLY worth pennies because it's a collector's item?  How about that, Yosef?

So our Savior - in conjunction with Asians and aliens - is ensnaring white people who buy Zim in order to teach them a lesson on how to use wealth to overcome guilt and help the poor.  Riiiiiiggghhhhht.  Uh, God does not work that way.  Yosef is a snake, a tool of the cabal.

Here is a perfect illustration of the kind of white guilt philosophy Yosef espouses:

He is poisoning the mind of neophyte investors who have no concept of economics or basic global finance - he is a charlatan and a fraud, a tool of the cabal.