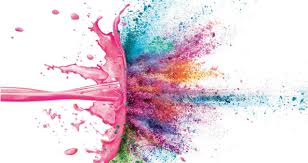 It's all happening. The RV. Feel any different? Better? Worse? Same? No difference?

Have lost all sensation in your heart for anything currency related? Most to all have.

Start and stop so many times and deal fatigue will wear down even the most dedicated treasure hunters.

The optics are now that all is chaotic with Trump in the White House. Or all is primed enough to begin the RV. Guess that depends on your POV.

But either way, reality and fiction are colliding with earth shattering force. Kaboooooommmmmmmm!

Like a love bomb just exploded on humanity. Even the breeze in the trees stopped to take notice of second coming of Esu.

If this is too cryptic for your taste, remember who is not in the White House tonight, a sitting US President recognized by the rest of the world with nuke codes.

That guy is in Jackson Hole Wyoming with his family talking to the future of global finance and economic growth with world leaders about the US' role with his VP.

Interesting how the eclipse passes right through Jackson Hole, Wyoming. Just saying it's interesting not suggesting there's anything meaningful about the entire Republic Congress being there also.

Cause there has got to be someone other than Trump, someplace in D.C., who has the moral and legal authority to defend this nation in case of attack tonight?

If an attack were even possible. Because it's not. Anywhere.

Man this peace on earth stuff is a head scratcher.

Yosef, not even behind a throw pillow maybe in the West Wing? Kelly? McMaster? Or VP Mike Pence is in the corner of the Oval Office that has no corners?

No. No. No. That's all for show as it is scripted.

Folks, the restored Republic is no longer being hidden in plain sight anymore--it's finally here!

And that switcherooo is about to become permanent for all to see after several years of being held back as invisible.

The eclipse is the cosmic trigger needed for dramatic and sizemic change. Trump's speech Monday night should be one for the ages.

As for the RV, every bank and central banker in the world is on board, signed up, trained and ready for the rush of off ledger cash to come on ledger via personal spending habits.

The 1944 global collateral master accounts located in the Philippines have been converted into the new system as of midnight plus one minute EDT.

Meaning the entire world was last night hydrated and available for accessibility today, and payouts from sin paymasters tomorrow.

There is no more state-to-state military conflict to speak of in the entire world.

GESARA is signed, sealed and long delivered as implemented.

Did that feel differently? The earth shifting its axis? Of course not. That's the point. It did and you didn't notice hat either--how could you now or have a feel for the entire banking system and it's collateral sources changing?

You couldn't. It was too big. Too vast? Too nerdy honestly. Only aliens and forensic international tax accountants know this stuff.

Throw me a beer from the tub and please share your Doritos.

Yet the APTB demanded an easy, painless and seamless transition from old to new, fiat to gold, fear to love.

And this is it. Again, feel any differently? Being infinitely wealthy beyond all recognizable understanding from friends and family?

Did you just bring sexy back? I propose yes! As this total eclipse sweeps across the USA, you have enters into the twilight zone never to return to 3D reality.

The RV is a lit wick. Watch as we burn the old barns all down and have them replaced with new structures before the embers go cold.

Nothing will ever be the same. Perpetual consciousness altering change is now just another daily thing to deal with. Sobeit.

Happy birthday, Esu. Thank you for your service Master & Creator.

Once again, Yosef exposes himself to be the globalist traitor we all know him to be.

Study who typically attends the Jackson Hole confab, and what global monetary policies ensue.  This gathering of one-world advocates results in evil, pure and simple.  Soros, Rothschild and FRB criminals pull the strings in Jackson Hole.

Examine who was - and remains - at the center of this conflict between establishment politicians and Trump.  Who received money from Soros before, during and after the election?

Would Yosef the Dipshit consider Soros to be part of the benevolent plan to transition the world to peace and prosperity, hmmm?

Does Yosef worship Obama as the savior of the RV/GCR because he is a mouthpiece/puppet for Soros?

Does he still believe Paul Ryan is the acting leader of the Republic?

Did Americans have any say in who should lead them?

Oh - notice the continued marketing of clarion calls and request for your email.  Is that benevolent?

Poor Patrick...he's made some God-awful choices.  His allegiance with Yosef will come home to roost.