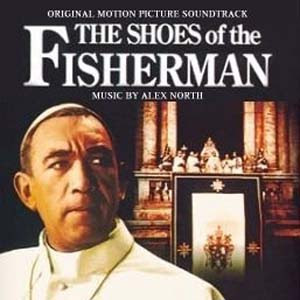 If Christ really was born at noon on 8/21, and Israel is 7 hours ahead of New York, that would make Monday morning at 5am the start time of the RV… if it's exact with Christ… which is slightly ahead of the maximum solar eclipse time in the United States which is in Kentucky at 2:20pm EDT.

So what does all this mean? The return of Christ. Boy that would be a heck of Monday… might be the only thing to usurp Trump in a news cycle these days.

Which means all the gold deposited for humanity per the Bretton Woods Agreement of 1944 must be made whole to the owner of said gold, who was the exiled 23rd Pope who fled the Vatican in the late 1930's before WW2 broke out in Europe.

His deposited 11 metric tons of AU must be settled onto the new system within his rightful heir's accounts in the Central Bank of the Philippines, as they are tied into every other Central Banks' collateral asset base across the world per the Alliance of the Allies, which was a secrete gold treaty signed by all sovereign nations of the world (a pre-cursor of GESARA).

The most prominent heir of said deposited gold mined for King Phillip dating back to the 16th century was his great grandson Father Jose Antonio Diaz.

Remember, Spanish Sovereigns are Chinese or Hun in origin and thus still entitled to all the assets of the Philippines.

This lone heir, Father Jose Antonio Diaz, died in the late seventies, and was known for many alias' most notably Severino Santa Romano.

But when elected by the College of Cardinals as the 23rd Pope after WW1, his story was portrayed by Anthony Quinn in the 1968 movie "Shoes of a Fisherman."

This is real exciting stuff if you understand what the RV really unlocks in terms of its history as it relates to the secretes of the Catholic Church and Christ's true history (stored in the Vatican vaults).

Most of that paperwork cannot be shown due to client privlidge, but you can read up on all stories regarding Father Jose Antonio Diaz, STA Severino Romano.

The release of humanity the way God intended humanity to evolve and ascend is upon us.

Finances are certainly part of this transition back in what makes humans human beings, but it's not the whole ballgame… in fact, not even close.

Buckle up, cowboys and girls… we're coming in for a bumpy landing tonight.

Remember when Yosef cited the birth of Christ last year, before the election?  No?  Well he didn't. He was consumed with explaining why the RV was going to happen before 9/1, and why Trump was gonna back out of the race, along with Hillary.  It was all a distraction so the elders could sneak in the RV unbeknownst to the planet.  Did Christ's birthday happen last year?  He didn't mention it.  Why not?  Remember when Trump pulled out of the Paris Accord?  How did that happen?  Remember when the Paris Accord was the secret gold treaty and GESARA?  How did a guy who was gonna drop of the race LAST August pull the USA out of the gold treaty?  How did Trump get elected, despite Yosef's intel to the contrary for OVER A YEAR?

Now, why has Yosef focused on the Vatican and Catholic history in the last 2 weeks?  What does it have to do with, 'ordo ab chao,' which Yosef cited DIRECTLY?  Where does Yosef get his intel?  Why has it aligned with New World Order, one currency (digital, not physical), why has he propped up Obama and Pope Francis/Jorge Mario Bergoglio?  Why has he authored post after post after post advocating one world government and a new global financial system run by Asians?

Just think it through, folks.  It is clear where Yosef gets intel, why he attacks traditional Christianity, props up globalists, advocates new world order, and stated, 'out of chaos, comes order.'  He was exposed in October of last year, citing Freemason credo.

The good guys know who he is, and who he is working for.