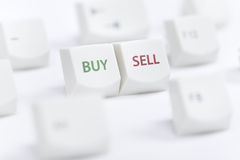 What's important today is to reconsider just how far we have all come versus whatever distance is left for us to achieve our common end goal?

Because the end is just a new beginning, right Yo? You bet Zimlandia.

It's been a marathon for most, a short sprint for others and virtual run up a mountain for an unlucky few.

Every story counts the same to God as all are here to complete the same mission... service. If not, you'll drop off the mountain.

Why you started in this saga is probably not why you are still following it now.

Which leads us to the day's intel... this is the last Saturday before the total solar eclipse on Tuesday.

It's long been my understanding that a weekend will be both the start of the RV and it's back wall.

This because the Chinese wanted this way as a late night weekend release is the safest.

If you're fearful for a Saturday night massacre expect the exact opposite.

They might be torturing Trump in the press, but all events now are scripted, and have been for years. It's too important to leave to chance.

And with everyone watching the Trump / Bob Mueller drama, in slips the RV.

As it relates to Trump's coming resignation, that is a non issue--already in hand some sources believe even before he was made to run for President--hence how Bob Mueller was handed a complete "Russian Investigation Dossier" before he also took the job.

Mueller was an Obama decision, as was the hiring of Dunford, who brought in Kelly and McMaster, and all of them die hard Marines.

Thus the Trump flashbang has been held back for years to sync up an all absorbing news story that would also correspond seamlessly with a rare astrology event as well as the end of the 2017 US fiscal year (September 30).

Maybe that's why all the private banks not in North America are buying ZIM currency hand over fist and in massive bundles over three quads at highly discounted prices (far less than 1:1).

They are then re-selling their newly acquired ZIM to the IMF / Bank of China because the AIIB has agreed to pay for all of it at less than 1:1, but higher than they bought it. Guaranteed profit is the result.

This is called an private placement arbitrage, where by buying low and selling high is pre-contracted for both sides of the deal by a larger sovereign collateral provider (the Chinese Elders).

AIIB ultimately is the last purchaser of the ZIM at less than 1:1, and they then re-sell their assets back to the world's central banking system at 1:1.

Given a long enough timeline, this standard private banking trading arbitrage generates a guaranteed profit no matter how much total ZIM is purchased.

Trading platform arbitrage's are very simple, and begin at the lower tiered banks who usually begin the buying frenzy.

Most to all with ZIM will not be taking higher sovereign rates because it's psychological too much.

And even if they do, the leveraged settlement programs (structured payouts) will disperse digital credits annually at far less than the posted 1:1 redemption rate, even though the total redemption value will appear to be much higher.

Either way, you're right and the Elders win, and so do you (humanity). Sobeit.

Please stop looking for TDA shortcuts or worse bitching about being made to wait for a Heavenly blessing beyond human understanding!

It's like yelling at a sunrise to go faster! It'll get above the horizon, promise, just let the damn thing rise in peace!

And hey, if you don't make it across this era transitionary bridge, for whatever reason, don't worry you can always reincarnate and enjoy the spoils post RV.

Time for everyone to accept their destiny and stop struggling like water thirsty fish already swimming in an ocean.

See everyone tonight at 9pm for the first airing of the "Church Bank" podcast hosted by Brother Moshe with Showme and just enough Yosef.