Article:   "Localization of salaries of employees .. The last days of dinar paper in Iraq"   Quote:  "The Iraqi government has already begun to implement the project to settle salaries by handing over the salaries of its employees through electronic payment cards issued by banks operating in the country through deductions up to two thousand dinars."   ...can you see what is coming...CAN YOU SAY WE TOLD YOU SO...so fits into all that Frank [Guru Frank26] has been sharing for days...weeks...months...it's coming...the BEST will soon be upon us...IMO.

What I see is a possible new currency, a new international currency, perhaps.  Not the current dinar.


And now everyone is excited about ATM's dispensing 3 zero notes. LOL

Localization of salaries of employees .. The last days of dinar paper in Iraq 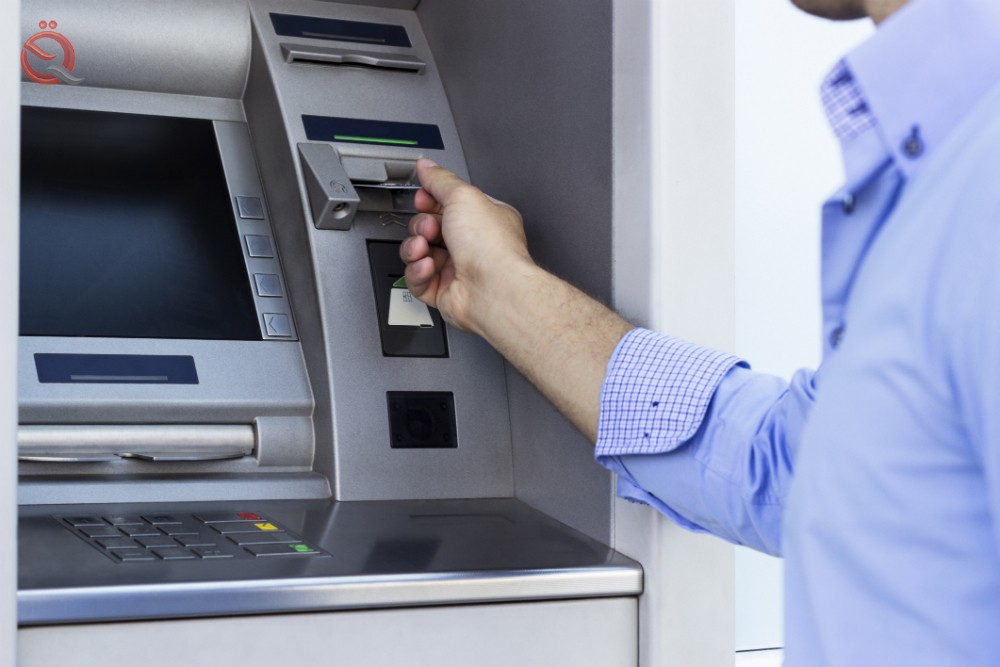 The Iraqi government has already begun to implement the project to settle salaries by handing over the salaries of its employees through electronic payment cards issued by banks operating in the country through deductions up to two thousand dinars.

The financial adviser to the Prime Minister, the appearance of Mohammed Saleh, for "Economy News", "The project of localization of salaries is in accordance with the plans set for him by the government because it includes several goals, including raising the efficiency of the payment system and revitalize the banking sector through the granting of loans and diversification of other services" Adding that "keeping cash inside the houses and not trading in the market leads to a large loss of up to 8% of GDP estimated at 12 billion dollars."

He stressed that "the salaries of state employees, retirees and social welfare constitute 50% of the state budget, representing 25% of gross domestic product, an important gateway to make their salaries electronic," pointing out that "financial inclusion is the largest way to control government expenditures because it will lead to a shift from payment To the electronic payment in addition to know who are trading cash and efficiency, "explaining that" the Council of Ministers has taken a decision to be 20% of state employees receive their salaries in October next through electronic payment methods. "

He pointed out that "the plan to settle salaries ends in 2020, especially that 5 million Iraqis are currently using the card to get their salaries," noting that "the World Bank is monitoring with the government the issue of the resettlement of salaries because it increases economic activity up to 2% of gross domestic product "He said.

The process of settling the salaries of 19 banks, government, private and foreign, and the number of employees about four million people are paid annually more than 35 trillion dinars.

For his part, said the Executive Director of the Association of Private Banks, Ali Tariq, "Economy News", "Work is still ongoing in the project to settle the salaries of employees, which aims to develop the banking sector," adding that "work is currently underway with the ministries of health and electricity and will begin to open accounts For staff this week. "

He pointed out that "the shopping process will be through credit cards without any deduction in addition to that can be used ATMs deployed in Iraq through the system of the national division."

The director of the payments department in the Central Bank, Subhi Abdul Karim said in an interview with "Economy News", "The project to settle the salaries called for by the Council of Ministers and recommended its application taken into account and of great importance by the Central Bank of Iraq," indicating that " Of the project to settle the salaries of its staff has been successful experiment. "

While the Ministry of Electricity in a press statement received "Economy News" a copy of it, "The Iraqi Trade Bank will issue Master Card cards to the employees of the ministry free of charge once in case of opening an account within the bank, and the second time will be the cost of issuing master card (40,000 thousand dinars) Case of loss ".

She added that "the Iraqi Trade Bank will set up ATMs at the headquarters of the Ministry of Electricity to pay the salaries of employees on time when the information is sent to the bank by the ministry and the cost of withdrawing the salary of the employee is (2000 Iraqi dinars) for the total salary and salaries are divided into approximately 750 thousand dinars for one draw And the employee has the right to withdraw from his salary as he wants. "

"The employee has the right to withdraw his salary from any bank outside the ministry and the cost will be (2500%) of the salary if the bank is outside the framework of the Iraqi Trade Bank," she said, noting that "the offers included advances to employees ranging from 10 to 100 million dinars and different interest rates In addition to loans for the purchase of apartments at Basmaya interest rate (4%), provided that the amount does not exceed 75 million and 15 years, as well as car loans not exceeding (60 million) and interest rate of (8%) for a period of (4 years), certificates of deposit (500,000) Thousand dinars) qualify for the withdrawal of prizes up to (100 million).

Page 1 of 1
Permissions in this forum:
You cannot reply to topics in this forum
Who is online?
In total there are 86 users online :: 1 Registered, 0 Hidden and 85 Guests :: 4 Bots