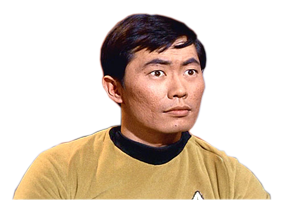 Trump never seriously moved into the White House in terms of bringing his personal effects from New York because he didn't believe he would be there long, because he never expected to win, and why he took so much money from foreign governments and businessmen seeking favor.

Neither Presidential candidate is required to repay campaign contributions per US election laws. So whomever lost made a heap of money--no wonder the Clinton camp took another one for team (Obama's 2008 Democratic nomination was the first).

In fact, both Trump and Clinton took so many bribes from foreign sources prior to the 2016 election, sources insist the "witch hunt" he speaks of would have gone down the same way for either candidate--ending in resignation before being impeached.

Ironically, they also said because both candidates are known to be women by birth, and both in theory could be legitimately called witches as Hillary is well known to be an occult high priestess while Trump is a transgender which automatically elevates one's anti-Christ status in occult circles.

I know it's a tough one to accept, but I keep repeating it because you deserve to know the truth about how bad things got in politics / media / entertainment -- tons more transgenders than one would dare investigate.

HSBC eliminated all vacation days through Labor Day--except traders who are to report back to work on September 4.

Wells Fargo has been completely taken out of transaction decision making for RV off site redemption centers, and now waits like every other second tier bank.

There is only one collateral source backing all revalued currencies and bonds. There is no more fractional reserve system period.

Making all currencies and bonds on an equal par against a common gold benchmark set twice daily in Asia (Shanghai Gold Exchange) regardless of country of origin.

Zimbabwe President Mugabe is in Iran to finalize a discounted thirty year oil and natural contract for all nations in the African Union.

When Bob Mueller subpoena's Trump, which is why the Grand Jury was impaneled in D.C.--pay close attention for the release of the 800#s and Tetelestsi notification email.

The Watergate Saturday Night Massacre is being highlighted in the media to cloak a Saturday night RV when all banks and markets are closed (8pm-2am). It's the safest time to release the RV globally.

If you're not yet on the Tetelestai list, theclarioncalls.com is now accumulating contact emails as well as dinarchronicles.com.

What a bunch of BS!

Today at 9:11 pm by RamblerNash