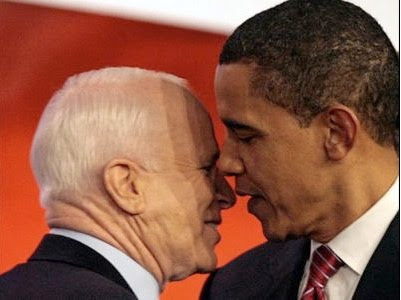 Where to begin… so much…

Let's begin at the end shall we…

You're getting your "digits" and your "RV" and everything that has been projected in the astronomical amounts here on this site and others.

So no worries about any of that.

How and when have seemingly changed because of John McCain's crusty old thumb. Or is that thumb part of Obama's master plan?

Obama and McCain in cahoots together? Wow, talk about strange bedfellows.

Riddle me this Batman, what if the Maverick's "thumbs down" vote in favor of preserving Obamacare, that was utterly shocking for both sides of the aisle and the entire country, even the entire world quite frankly, was done to trap the remained cabal minions in the Senate?

Especially those Republicans who knew what his vote would really mean--the RV release this past weekend--and most went along with the RV just to profit from it and why both sides of the aisle gasped for air when McCain voted no. Did they lose their amnesty and money with the same thumb?

Understand, John McCain always wanted to be the deciding vote on America's future as leader of the Washington political cabal faction; he even negotiated his dramatic thumb's up or down vote as part of his own amnesty package. But did he at the last second change his allegiance to Obama versus the cabal as to force the remaining American faction of the cabal to surrender penniless?

And when he voted no on repealing and replacing Obamacare, did crusty old John McCain actually vote in favor of universal healthcare for all Americas--which makes zero sense if you're a conservative or a cabal member--and certainly was unthinkable if you were both.

Which makes one then consider what was his black eye is really all about--was the Chinese general that hit him in front of the other members of his Republic Senate scared into voting no like he did--when in reality he was struck in a way where he didn't lost his eye but just was roughed up a bit to play into the Obama con?

We can all see that scar is not a brain cancer surgery scar. That's blunt force trauma all day long. So why the ruse Johnny Mac? 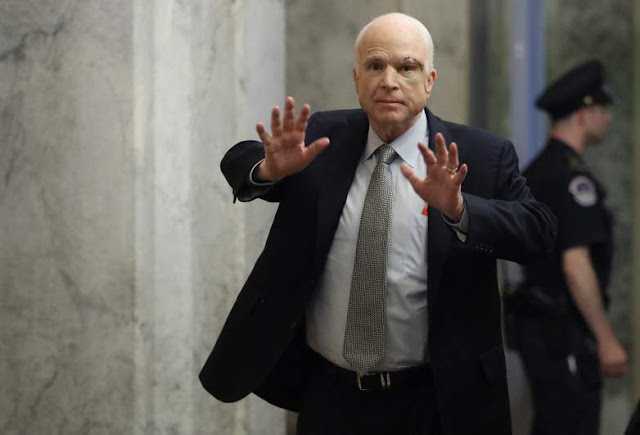 And why did you abruptly leave the Senate right before the big vote which effectively released the RV because it rolled back capital gains tax… and actually had nothing to do long term with healthcare? Why also did you so dramatically return, only to vote yes on the floor discussion then to dramatically vote no on the passage of the bill that would have forever killed Obamacare?

I bet few in the Senate or restored Republic knew that switcheroo was even coming.

Or were they secrete political bedfellows setting up one big last ruse for Johnny to secure his fortune and legacy?

In full truth, this week's healthcare vote was really about rescinding a hefty capital gains tax, and thus the beginning of US tax reform which will make the restored Republic GESARA compliant, and allow China to release the USN worried, effectively starting the RV.

So did John McCain screw the little guy voting down the new healthcare/tax reform bill?

Or did he screw the remaining cabal politicians that needed to pass the healthcare bill in order to get their amnesty packages made liquid just because they sided with the restored Republic concept?

It's a fair question. Certainly an interesting one everyone on the Hill is asking.

Would crusty old John McCain actually screw his occult nazi loyalists before he was forever banished from public life? Was he really working for Obama as a double agent to penalize the entire Republican side of the Senate who fought tooth and nail to avoid the new Chinese financial system that would replace USD with USN, and effectively destroying all cabal control of the free world?

Now that's an interesting take even if it's radically hard to conceive. Certainly was for me.

Yet, right after the vote Reince Preibus happily resigns, and in his exit interview with CNN, has nothing but praise for Trump and new Chief of Staff John F. Kelly.

The reason here is the real RV release plan has now taken effect that is soley military and must also bring in the restored Republic government. As the RV and Republic are one in the same. This is why a former Marine 4 Star General like John Kelly was placed into the white House after the healthcare vote… because the cabal wing of the politics had effectively been eliminated.

And why we believe John McCain was working with Obama, who we believe gave him an even sweeter amnesty package so she would appear to have taken a beating for the cabal in defiance of allowing Obamacare to rule as the lone healthcare plan of the country.

Crazy, crazy stuff. Yet here we are, living it everyday. Sobeit.

And just remind everyone reading this that Donald Trump is not, nor ever was, President of the Republic of the United States of America,. Don't believe it? Can't believe it? Well, here's a look at his cabinet being sworn by VP Mike Pence, which is perfectly legal, but odd that all are jointing the Trump Administration yet not being sworn in by the President, especially given that he is so insistent on family loyalty. 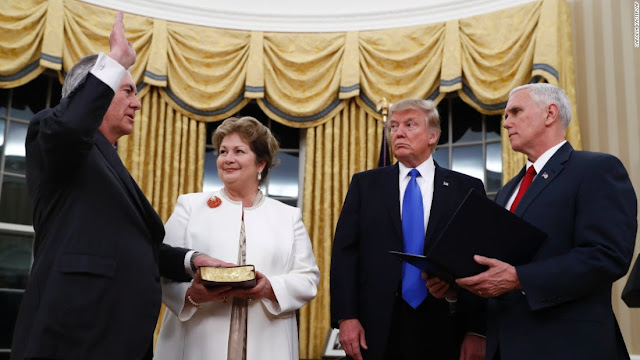 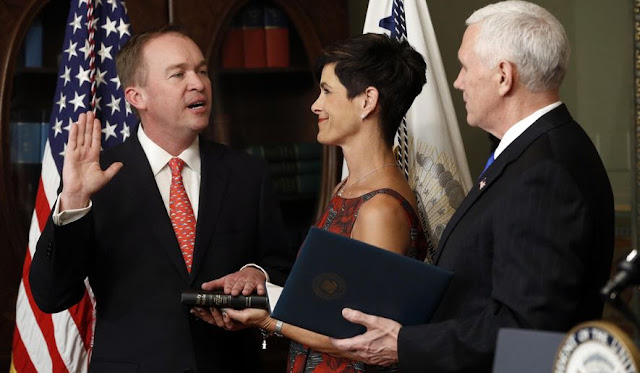 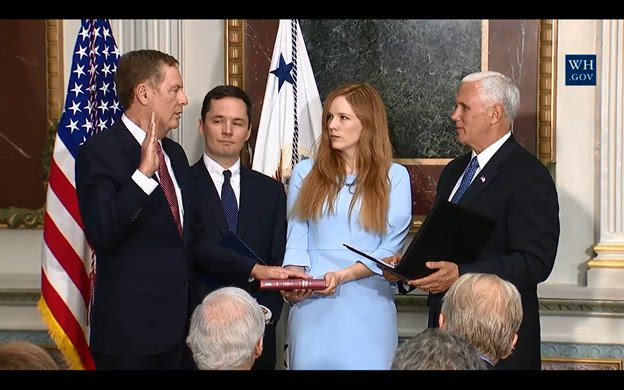 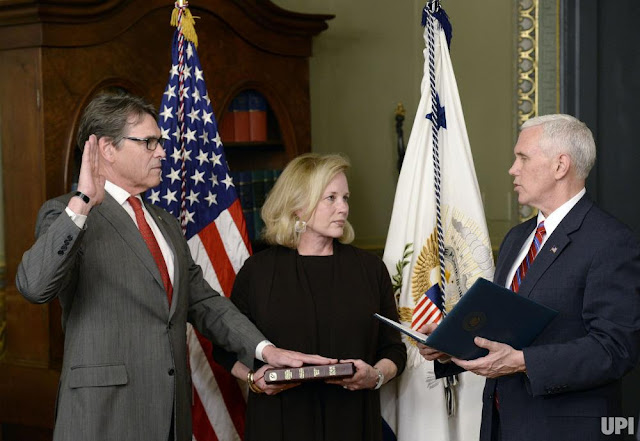 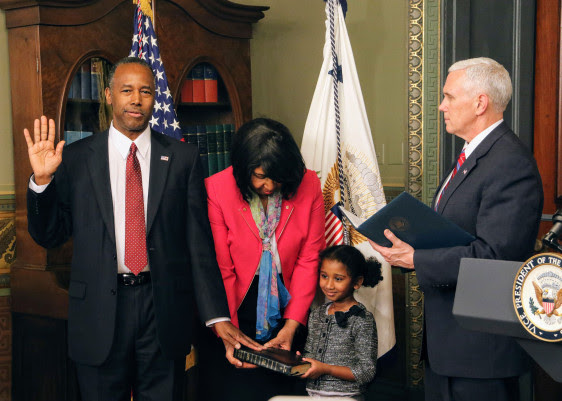 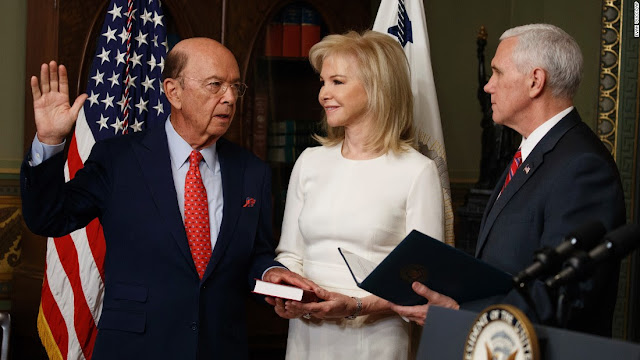 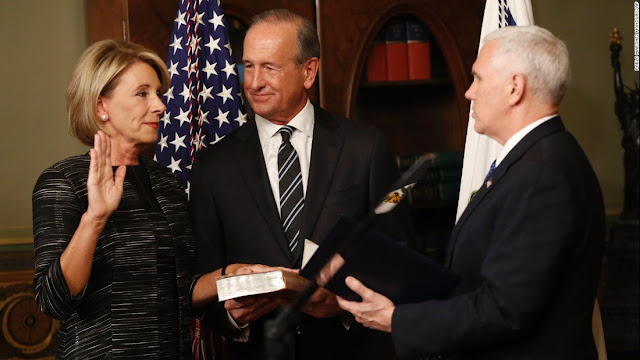 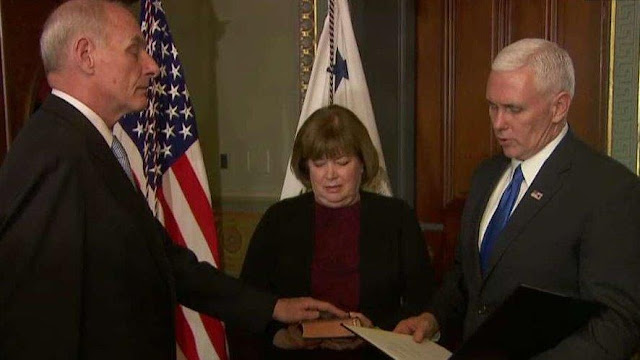 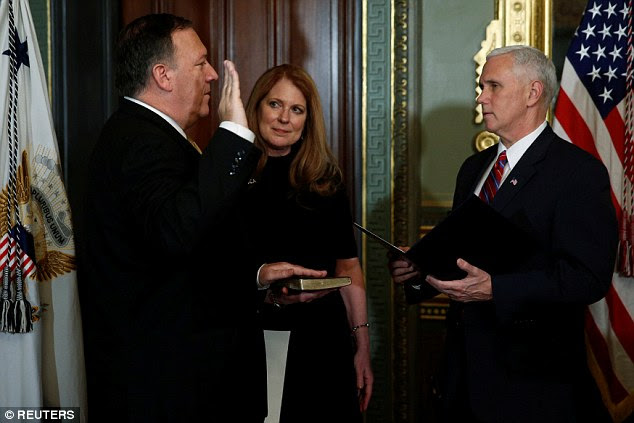 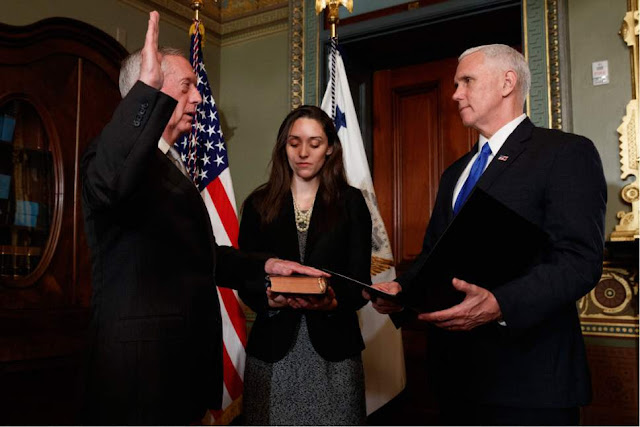 Look, it's obvious the whole Trump is President ruse is ending swiftly thankfully after two years of campaigning and 6 months of a bogus faux administration, but what a horrible orange stain it has left on our country and souls. Yet the obese one, aka Agent Orange, served an invaluable purpose of absorbing all the negative press away from President Ryan and Vice President Pence while difficult but necessary GESARA compliance elements were enforced and sadly disrupting millions of lives in the process.

And if you want to have a serious discussion that maybe Primma Donna is actually a benevolent being that walked into the Trump transponder shell, well that's a conversation worth having. But not that this spray tanned hell raiser is a real American President. Just don't insult me or you with that talk anymore. It's clearly an illusion.

Yet either way, Trump ain't who either of us thought he/she was and it's time to come to grips maybe with the fact Trump really was a burner actor President and maybe, just maybe Paul Ryan is the restored Republic President and has been for nearly two years now.

Because now that real legislation has to be signed into law like the Russian/Iranian/North Korean sanctions bill, which oh yeah, now quietly includes that same capital gains roll back provision in the health care bill, the RV will begin just as soon as Trump is out and acting Republic VP Mike Pence along with acting President/House Speaker Paul Ryan step in and remove Trump as being unfit to lead, which is their constitutional right.

That immediately transfers power of the Republic to Pence, at least until the House can vote in a new President (Representative Paul Ryan), and Senate a new Vice President (Senator Ben Sasse).

Keep watching. We've been on a minute by minute standby all weekend for the chain reaction to start releasing the RV flash bang, which mans Special Prosecutor Robert Mueller will issue a supeana for President Trump to testify under oath, which will of course trigger his immediate firing of Attorney General Jeff Sessions and Deputy Attorney General Rod Rosenstein, which will force Trump to go to the third in command at DOJ, Associate Attorney General Rachel Brand, who will fire Mueller, and force Pence and Ryan to step in and stop the nonsense.

Understand the NPTB are identically mimicking the Nixon Watergate scandal playbook as to assure everyone there's been precedent set to removing a "sitting US President," including the bringing in of a military general to oversee the white house during what could be a chaotic, martial law invoking event given that Trump's base is nearly 100% older white, nationalized, uneducated and openly racist Americans. The first was Alexander "Al" Haig in 1973.

That was also the first time the Chinese Elders threw out a bogus US President from office in order to reclaim the financial system after Nixon took America off their gold standard… given that they lent us the gold in the first place to start our nation, and they did so again in 1946 to save us from the bankruptcy we self-imposed upon ourselves as a nation in 1933.

History has a funny way of repeating itself… especially given the satanic idiots believing they ran the world for 13 millennia. Hilarious.

Boy, are things going to change fast and furious now. Best not to hold onto the rails of this freight train because it's hurling at us all with unprecedented speed.

Nothing and no one can stop this level of planetary ascension. Simply awesome to witness. Hey Gerry McQuire, pass one of your depends diapers… we're all in for a bedwetting uncomfortable few nights here at the end.

Enjoy your blessing, folks. Remember to go slower than your thinking now, this is my last piece of brotherly advice.