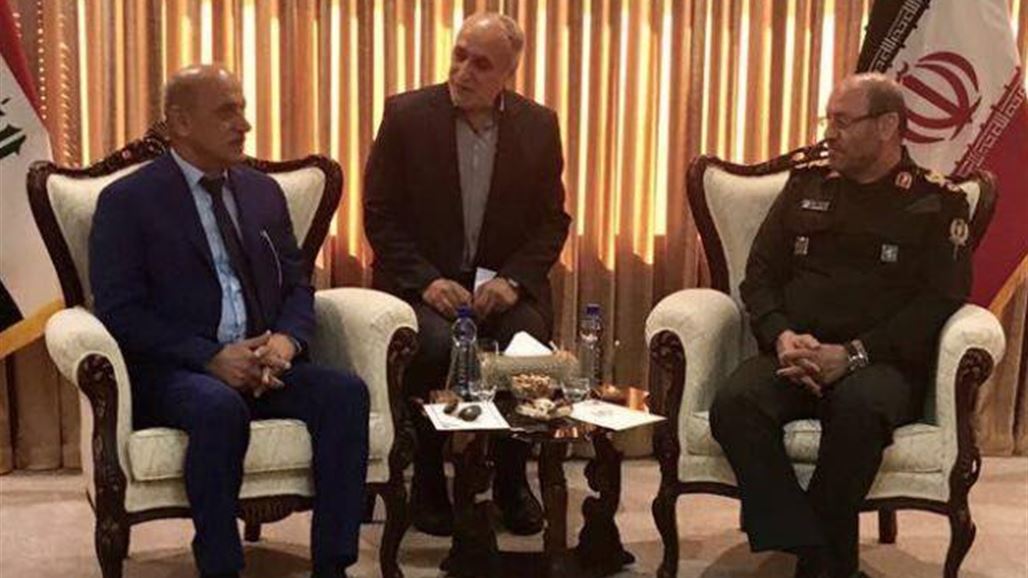 The Ministry of Transport in a statement received Alsumaria News, a copy of it, "Al-Hamami met today, the Iranian Defense Minister Hussein Dehqan at his ministry, and discussed several issues of interest to the two friendly countries," indicating that Hammami "proposed a return to the border agreement between the two countries signed in 1975, and Dahkan expressed his initial agreement on this and will be presented to the Iranian Foreign Ministry . "

The statement added that the Iranian minister "impressed with the professionalism of Al-Hamami and his active movement, and that this is indicative of great concern to develop the reality of transport in Iraq ," adding that he confirmed "the Iranian government and people stand with this friendly country at all times and circumstances."

He added that Dahqan carried Al-Hamami "words of friendship, appreciation and blessing to the Iraqi people all on the occasion of the impressive victories over the gangs of the terrorist Da'ash, wishing the return of Iraq to the past given the strategic position and abundant goods."

The statement quoted Al-Hammami as saying that "this meeting is an update of the discussions with Iranian companies involved in the manufacture of ships and civil ships belonging to the Iranian Ministry of Defense," pointing out that "the formation of the Iraqi-Iranian committee was put forward to deepen the bonds of cooperation in various areas, .

Al-Hamami pointed out that "the talks also included the depth of the Shatt al-Arab because of the damage to the economy of the two countries."

Iraq is seeking to strengthen its relations with the countries of the world and specifically its regional environment, especially as it is engaged in a fierce battle against the organization of "Daash." The Prime Minister Haider Abadi on more than one occasion, Iraq's keenness to build good relations with neighboring countries.