How Did They Make A Million Dollars Off The Kuwait RV?

How Did They Make A Million Dollars Off The Kuwait RV?

The story that Kuwait RV'd their currency and made millionaires from it, inspired quite a few "Currency Speculators" to get themselves involved into purchasing Iraqi Dinar after the end of the war.

The situation in Kuwait is a bit different than Iraq, but did people make millions from speculating on the Kuwait Dinar?

That's quite a bit for the average Joe to be carrying around in their wallet, let alone in a small backpack. 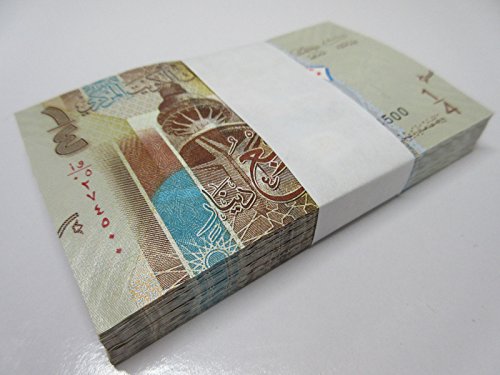 Just to get what size that would be, here is Ty Rhames of Sterling Currency Group in front of the bricks of Dinar (IQD) he acquired: 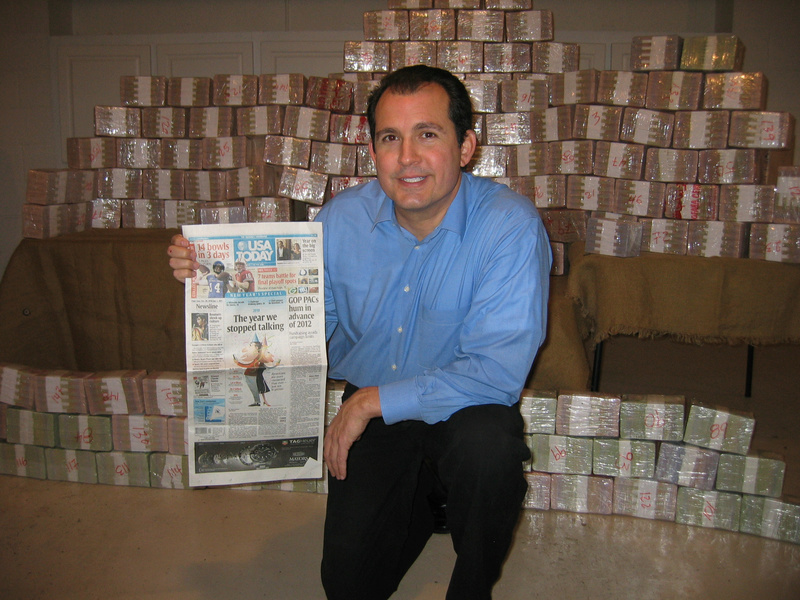 Just count about 15 of those and imagine them in a backpack. That's what you would need to go into a bank to get your million USD.

You also would have needed to get through customs, at both countries, and into a bank, without raising and red flags, if you went to Kuwait to do that exchange.

Of course they aren't going to let you walk out of the bank with 1 million USD, so you would need to set up some kind of account and do a wire transfer or something.

If you did the exchange at a bank in the USA, then they would of had to be dealing with the KWD, and not question the backpack you carried it into the bank with.

When you think of how many people who have had stories of numerous people making millions of dollars from the Kuwait RV, the logistics of it all puts it in a bit of perspective. How did they get a backpacks worth of Dinar in a short period of time?

Here's what a million dollars would look like if you were to walk out of the bank with it. We at Dinar Daily are very lucky to have Shlomo as a member.  He is a friend of mine.

Ask Shlomo if anyone made money off of the Kuwiat "revalue"

Shlomo was in country

Thanks Sam. I don't think folks realize the amount of notes that would have been needed to have made a million from what happened in Kuwait. That's quite a bit to have, not only to acquire, but carry around and then get in into a bank without drawing some kind of attention...
*****************

@RamblerNash wrote:Lots of facts and stuff...

And that's just 5% of the total notes needed for that million dollar payout that folks seem to claim that happened during that time.

How many claims have made for that 1 million dollar Kuwait RV? LOL If, let's say there are 10 reports that make that claim, then they all would have had to acquire 144,090 of those $20 KWD notes and walked into the bank to make their exchange.

Did Kuwait have that many USD's to exchange at the banks during that time to hand out?


KUWAIT CITY, March 24— It still has no water and little electricity or food, but Kuwait revived its banking system today, introducing a new currency.
Banks reopened for the first time since Iraqi occupation forces shut them down in December. Thousands of people lined up to exchange their old Kuwaiti dinars for crisp new ones and to withdraw a limited amount of money.


Without electricity, the banks services were slow, limited to money exchange and withdrawal. There was no telex, no electronic money transfer and no telephones. The computers were unusable, so all transactions had to be entered by hand.

@Sam I Am wrote:My bad

Oh? I took it as you were pointing out what you had to have and just using that number.

This was also at a time before the internet. Anything about buying up the Kuwait Dinar, because it's going to revalue after Saddam got kicked out, wasn't posted on forums or hyped up from the currency dealers to make a profit. Most folks were fleeing the country with what they had on them and what was in the banks was looted by Saddam and brought back to Iraq.

Like so many of the bank stories we've seen, the details of how someone made a million from the Kuwait RV aren't there. Just someone repeating something they heard from someone who heard it from someone else.

Just the facts of bringing bricks of cash into the bank to do the exchange goes beyond ridiculous...