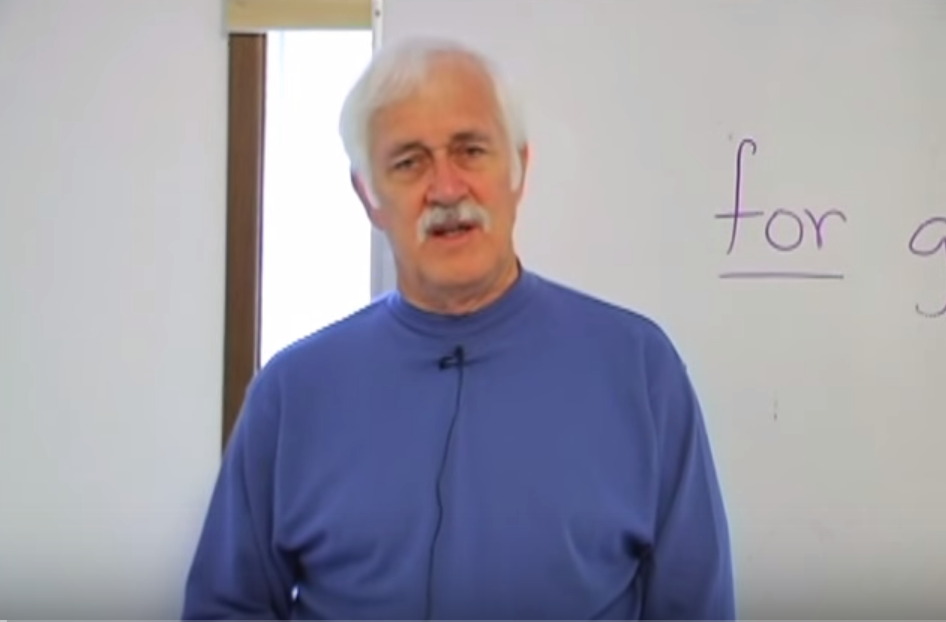 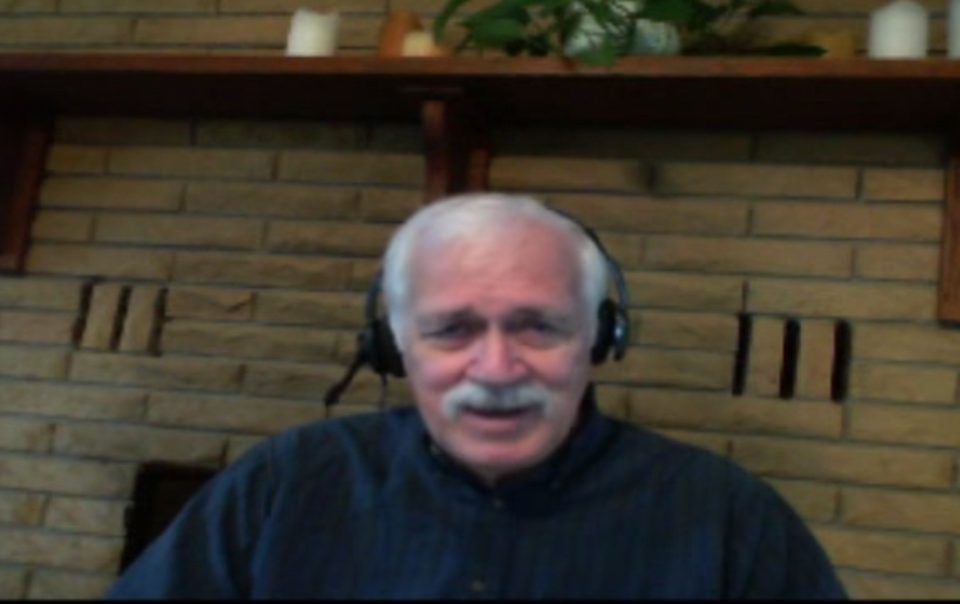 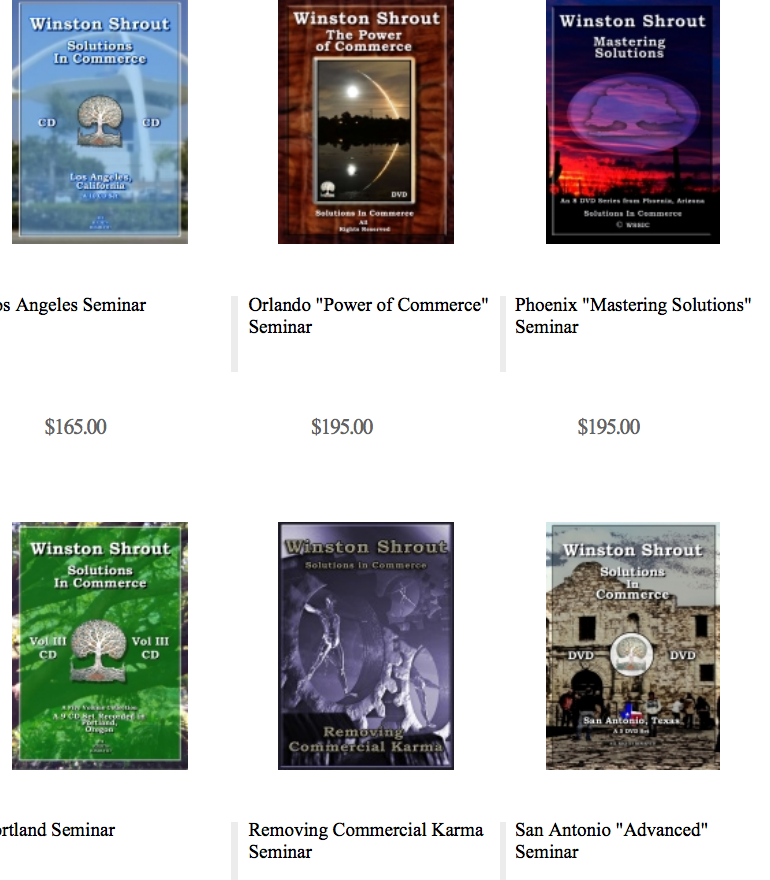 By Maxine Bernstein
mbernstein@oregonian.com
The Oregonian/OregonLive

Winston Shrout, a white-haired 69-year-old with a slight Southern drawl, hobbled to the lectern with the help of a cane and addressed a federal jury Tuesday afternoon.

He spoke of his upbringing in Kentucky and called himself an "eighth-generation hillbilly.'' He described his college training in psychology, four years of service in the Marine Corps and his respect for the American flag.

He called the government's allegations that he defrauded U.S. financial institutions by issuing hundreds of bogus documents as legal tender and failing to file six years of income tax returns "not very accurate.''

Shrout, who has a following as an anti-government sovereign citizen, said he caused no one harm.

"The things I did are in fact lawful, and I did them in an effort to assist commerce,'' he said, claiming he had authority to issue the documents in question.

Though he said he has spent a great deal of the last 18 years conducting research, he said federal tax statutes are too difficult for a college graduate to master.

"It's impossible to understand the U.S. Code,'' he told jurors. "I have 16 years of formal education. I would need another seven years to understand.''

Federal prosecutors contend the Hillsboro resident made and issued thousands of fake "International Bills of Exchange'' on his own behalf and for credit to third parties. The government also contends Shrout falsely claimed the bills had value and purported them to be worth, in total, more than $100 trillion.

He faces 13 counts of making, passing and marketing the fake financial documents to pay off his and others' Internal Revenue Service debts.

He's also accused of six counts of willful failure to file income tax returns from 2009 through 2014, though the government contends he earned $500,000 teaching others to defraud the U.S. Treasury and banks through his business called "Winston Shrout Solutions in Commerce.''

"This case is about greed and defendant's attempt to get money he wasn't entitled to,'' Lee Langston, a U.S. Tax Division trial attorney, said in his opening statement. "This whole case is about defendant trying to get and keep money that wasn't his.''

Shrout has chosen to represent himself, with a standby lawyer, assistant federal public defender Ruben Iniguez.

Anti-government sovereign citizens claim that paper money is unconstitutional, with gold and silver the only lawful forms of currency, so they find it easy to rationalize creating their own forms of paper money, according to the Anti-Defamation League.

An undercover agent with the Treasury's Inspector General's Office attended one of the dozens of seminars that Shrout held across the country and overseas to teach others his methods, Langston said.

Special Agent Mark Morini, posing as a landscaper under the fictitious name of Mark T. Morrison, was the government's first witness. He said he attended Shrout's seminar in Cincinnati in 2009 and exchanged multiple emails with Shrout, seeking his guidance on how to deal with a made-up $25,000 debt he owed the Internal Revenue Service.

During the seminar, he said Shrout described how to wipe out IRS debts by using a Treasury account that didn't exist.  Morini testified that he paid $936 to attend the three-day seminar and buy one of Shrout's informational DVDs. He said Shrout refused to take any checks.

During cross-examination, Shrout questioned Morini. "I didn't come to you. You came to me. So I didn't solicit you in any manner?''

"Did you ever pay me?'' Shrout asked.

Morini said he sent his money to a company called ComEd. Shrout denied he had any connection to the company.

"Is it against the law to do tax protest?'' Shrout asked.

"It's a right for anybody to protest,'' Morini said.

During the government's opening statement, Langston stood in front of two large poster boards, one that depicted an "International Bill of Exchange'' with a decorative blue border around the page, a fake account number,  a red thumbprint over a space marked "seal'' and a signature. It purported to be drawn on the U.S. Treasury as a "Guaranteed Legal Tender Obligation of the corporate UNITED STATES.''

The other board depicted a  "Non-Negotiable Bill of Exchange'' that Shrout sent to the Treasury, seeking to be credited $1.9 million, the prosecutor said.

Each of the documents claim to draw on an account that doesn't exist or claim to obligate the Treasury to pay out huge amount of money under an authority Shrout doesn't possess , prosecutors alleged.

In 2011, Shrout sent by FedEx a package to a bank in Chicago called American Metro Bank. It contained 1,000 "International Bills of Exchange,'' each supposedly worth $1 trillion. With the mailing were instructions on how the bank should process them and pledges that they would be honored by the Treasury, according to prosecutors.

Bank vice president Bill McGrath is expected to testify that it took considerable time for him to determine that the documents were bogus before he sent them back to Shrout.

In June 2015, Shrout sent the Treasury a fake document purported to be worth $1.9 billion titled "Non-Negotiable Bill of Exchange,'' with a letter to the treasury secretary instructing the Treasury to credit his "Treasury Account" by $1.9 billion, according to the government.

Shrout also was paid royalties by two companies, Beverly Event and Distribution Services Inc. and ComEd, for the sale of DVDS and other promotional materials sold at the seminars and online, the prosecutor said. Shrout also made money providing one-on-one coaching to clients, Langston said.

The IRS executed a search warrant on Shrout's computer, seizing it from the parking lot of the Grotto in Portland one night in June 2012 after he had conducted a seminar there, IRS Special Agent Casey Hill testified.

On the computer, agents found dozens of templates of the fake documents he provided to others to use, Hill said. They also searched the Newberg office of Beverly Events and Distribution Service and seized at least six of Shrout's DVDs – one called "Power of Commerce'' and several others titled  "Winston Shrout's Solutions in Commerce.''

The IRS sent Shrout annual letters, telling him to file income tax returns, until October 2014, when the agency sent a more strident message cautioning him that he could face criminal prosecution if he didn't pay his taxes, according to the government.

Shrout is expected to take the witness stand in his defense as the trial proceeds this week.