+2
Sam I Am
Scotchie
6 posters

Iraq - Delete the Zeros.  If you read carefully, there will be a new currency with a new design.  The CBI will accept the old (current) notes for a period of ten years - in-country.  There is NO mention of any Iraqi currency outside of the country.  This will prevent ISIS and other bad actors from cashing into the new currency.  This is NOT a revaluation.  There is no mention of such.  It is important to note:  """The Central Bank of Iraq confirmed, in (April 25, 2013), that there is no intention at the present time to restructure the currency""".  Again, there will be NO revaluation.  If you wish to trade in your old currency for new, you will need to go to Iraq.  The dinar is not international, and those that hold dinar outside of Iraq can just rip it up.  This article is from yesterday....

Tomorrow Press / Baghdad confirmed the governor of the Central Bank of Iraq, on Thursday that the deletion of zeros project will be implemented in early 2017, indicating that the bank began to develop the first steps of the project.

Keywords and said for "Tomorrow 's Press", said that " the goal of deleting three zeros from the Iraqi currency is to support the Iraqi dinar and make it a competitor for foreign currency", returned him as " a strategic project that will serve the country 's economy."

"The bank is working on the mechanisms used towards the implementation of this project is expected to start by the beginning of 2017 , " noting that " the central bank began the first steps of the project by selecting the designs and companies and the country in which it will be printed currency."

He noted that " the launch of the new currency does not mean the destruction of the old currencies , but it will continue to trade to about ten years , " pointing out that "this period will enable the central bank to withdraw the old currency in accordance with the mechanisms will maintain market liquidity."

The Finance Committee in the former House of Representatives revealed, (2013 August 15), for the postponement of the process of deleting zeros from the currency until after the next parliamentary elections, while confirming that the government is demanding guarantees for non - substituent currency back to the markets and forge.

The Central Bank of Iraq confirmed, in (April 25, 2013), that there is no intention at the present time to restructure the currency and the deletion of three zeros of them, denying reports that in this regard.

It is noteworthy that the General Secretariat of the Council of Ministers announced (April 12, 2012), wait for the application of the process of deleting zeros from the national currency, which had to stop all procedures related to the process mentioned until further notice.

It is noteworthy that some economists believe that Iraq is not ready at present to delete the zeros from the dinar, noting that the deletion needs to be a security and political stability as well as economic stability.
SOURCE

To be fair, CBI has been talking about deletion of zeros for many years.  They are full of hot air.  Deleting zeros is a ledger line trick to paper over inflationary concerns - but it strikes at consumer confidence.  LOL, look at Iraqi consumer confidence, the citizens use USD any chance they get because the IQD is crap.

That article says they were starting this project in early 2017, so it's a reprinted article.

All that being said - yes, they will redenominate and push that monetary odometer at some point.  Not sure it's happening this year.  Be that as it may, there will be no RV of IQD, because it's a mathematical and economic impossibility.

well for all in dinarland tomorrow is the last day of the month and you are all waiting  for dream  land to come and you will still be waiting . imho I hate to be the bearer of bad news but nothing will happpen and in2018 you will still be waiting. this has nothing to do with me but those with a brain and not hopum can see iran is in control . if iraq really wanted to help there people the important laws would be passed and not stalled for yrs. and m and company would be in jail. also it isit is clear Iraq is using the un and other countries for aid while stalling its commitments. I can go on and on but will stop here to be blunt for those who hope to be millionaires stop dreaming and get a job to reach your goals

Scotchie wrote:This article is from yesterday....

You are correct that the "SOURCE" that you got the article from did put it out yesterday, as well as a couple of other "types" of those kind of sources. Unfortunately they don't provide the original source of the article when they put it up on their website, but...

Nick G. put out a bunch of information about this on his website on November 6, 2016 :

Is it time to delete three zeros from the currency? 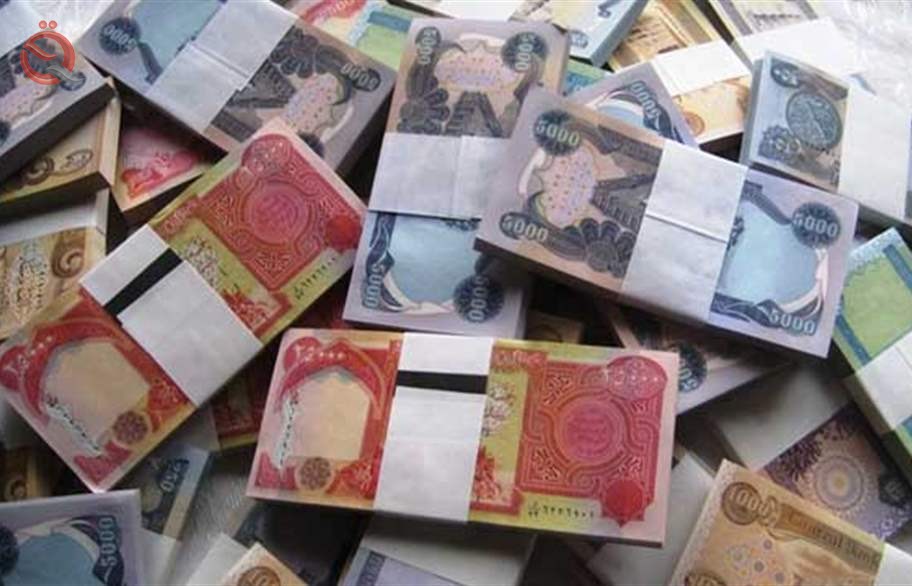 The central bank submitted a project to delete three zeros of the currency, in order to confront inflation and stimulate the economy, but was forced to stop because of the deteriorating security and political situation in the country.

The governor of the Central Bank, Ali al-Alaq, in a discussion session with the editors of a number of Iraqi media, including "Economy News", "The subject of deleting zeros from the currency is ready, but it needs an environment suitable to apply," noting that " To prevent manipulation and fraud by the owners of weak souls. "

The central government stands with the central bank's draft to delete three zeros of the currency, because it sees it "hurt the efficiency of the system of cash payments," according to the financial adviser to the prime minister.

He added, the appearance of Mohammed Saleh, in an interview, "the economy News," that "the current environment suitable for this project because there is financial and political stability witnessed by the country, especially after the salvation of the organization (Dahesh)."

The economist said, in the name of Jamil Anton, for "Economy News", "The current environment is not suitable for the project to delete the zeros at the moment, because the security situation has not settled so far in the ideal form."

He pointed out that "the project needs educational campaigns to be accepted by citizens and does not affect the movement of the market," noting that "the project has the benefits of reducing the amount of money used in deposits, which helps accountants not to fall in error in dealing with zeros in large amounts, As well as reduce the number of trustees funds and protect money from theft. "

Antoine predicted that the project would be implemented after the legislative elections scheduled for next May.

Similar topics
» Deletion of zeros! Iraq is the latest Arab and foreign countries decide to delete the zeros from its currency
» Iraq: Start delete actions 3 zeros from alamlha
»  Central Iraq" supports the currency delete the "zeros" dinar
» Iraq’s Central Bank to delete zeros from Iraqi currency
» The Arab Monetary Fund elects the Governor of the Central Bank of Iraq as Chairman of the Board of Governors of the Fund